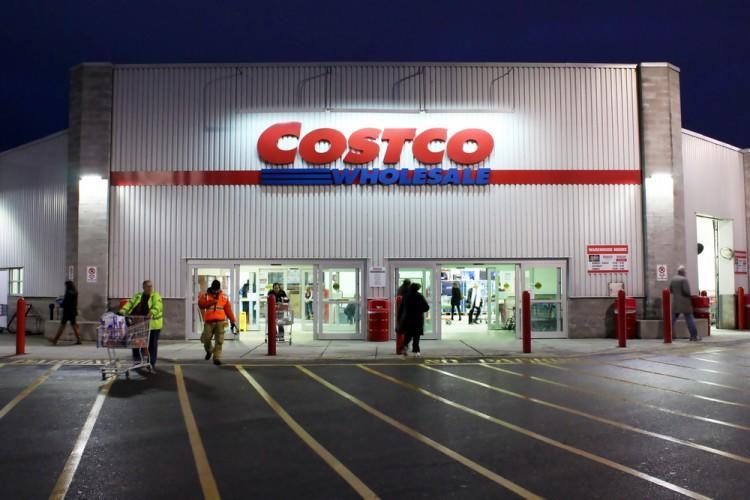 Between 1929 and 1939, the period famously dubbed the Great Depression, global economies suffered from stock market crashes, sharp declines in output, high unemployment, greater poverty, personal and corporate bankruptcies, and falling international trade. The US economy is spiraling towards yet another slowdown. The latest calls of “Poison” Ivy Zelman, the analyst who predicted the 2008 housing crash and the founder of Zelman & Associates, suggest that she expects an 8.8% drop in U.S. home prices between 2022 and 2024. History indicates that this would potentially be one of the three steepest housing price declines on record. The other two sharpest price drops were registered during the Great Depression and the Great Recession.

Steve Hanke, a professor of applied economics at Johns Hopkins University, told CNBC at the end of August that the US economy is expected to fall into a recession next year, and the rake hikes will not necessarily be the primary catalyst. He further explained:

“We will have a recession because we’ve had five months of zero M2 growth, money supply growth, and the Fed isn’t even looking at it.”

M2 is an indicator of overall money supply and future inflation, consisting of cash, checking and savings deposits, and money market securities. The money supply has become stagnant in the last few months, which will result in a slowing economy, according to Hanke. He expects “one whopper of a recession in 2023”. He attributed the currently raging inflation to the “unprecedented growth” in money supply during the peak COVID period.

Nouriel Roubini, a New York University professor and the CEO of Roubini Macro Associates, who is also known as Dr. Doom due to his foresight of the 2007 and 2008 housing market crash, is of the view that the US will experience a recession by the end of 2022. He believes that the recession will continue throughout 2023. In 2020, Dr. Doom forecasted that a new “great depression” was set to hit the U.S. during the 2020s, given the increasing debt levels. In July 2022, he predicted a “severe recession and a severe debt and financial crisis” for the US economy.

Some of the best stocks to buy before the next recession starts include Costco Wholesale Corporation (NASDAQ:COST), Walmart Inc. (NYSE:WMT), and ConocoPhillips (NYSE:COP).

We have arranged the list according to the hedge fund sentiment around the securities, which was assessed from Insider Monkey’s Q2 2022 database of about 900 elite hedge funds.

Anheuser-Busch InBev SA/NV (NYSE:BUD) is headquartered in Leuven, Belgium, selling alcoholic beverages and soft drinks worldwide. The company primarily distributes beer under the Budweiser, Corona, Stella Artois, Bud Light, Castle, and Skol brands, among others. The company beat market estimates on earnings and revenue in the second quarter of 2022, and total sales volume also increased. Anheuser-Busch InBev SA/NV (NYSE:BUD) is one of the best stocks to buy before recession starts, as consumers increase their alcohol and tobacco intake amid stressful unemployment, monetary, and overall macro pressures.

According to Insider Monkey’s data, 14 hedge funds were bullish on Anheuser-Busch InBev SA/NV (NYSE:BUD) at the end of June 2022, compared to 20 funds in the last quarter. Ken Fisher’s Fisher Asset Management featured as the leading stakeholder of the company, with more than 9 million shares worth roughly $487 million.

In addition to Costco Wholesale Corporation (NASDAQ:COST), Walmart Inc. (NYSE:WMT), and ConocoPhillips (NYSE:COP), Anheuser-Busch InBev SA/NV (NYSE:BUD) is one of the best defensive plays for the upcoming recession.

Here is what ClearBridge Investments Large Cap Growth Strategy has to say about Anheuser-Busch InBev SA/NV (NYSE:BUD) in its Q4 2021 investor letter:

“To make room for these new names and optimize the growth profile of the Strategy, we exited two additional positions during the quarter. We sold out of Anheuser-Busch InBev as we see too much work ahead for the world’s largest beer maker to re-ignite sales growth post COVID-19. While the company should benefit from a recovery in the on-premise channel, individual country complexities, the hedging of raw materials, and senior management turnover leave us more confident in the Strategy’s other reopening-related holdings.”

Unilever PLC (NYSE:UL) is a London-based fast moving consumer goods company, operating through Beauty & Personal Care, Foods & Refreshment, and Home Care segments. Unilever PLC (NYSE:UL) is one of the best stocks to invest in before the next recession starts, given its defensive nature. Consumers will not stop buying personal care products and food items despite dire economic conditions impacting household budgets.

On August 3, Unilever PLC (NYSE:UL) declared a $0.4343 per share quarterly dividend. The dividend was paid to shareholders on September 1. The company delivers a dividend yield of 4.10% as of September 22, way ahead of the average consumer staples yield of 1.89%.

Among the hedge funds tracked by Insider Monkey, Unilever PLC (NYSE:UL) was part of 21 public stock portfolios at the end of Q2 2022, compared to 23 in the last quarter. Tom Russo’s Gardner Russo & Gardner is the biggest position holder in the company, with approximately 7 million shares valued at $319 million.

“In 1895 the Lever brothers created a new brand of hand soap. Inspired by the growing demand for hygiene products, the Lifebuoy brand of soaps was launched to ‘make health infectious’. 128 years later the Lifebuoy brand continues as a leading soap brand – albeit without the coal tar-derived ingredients list. In fact, the market research firm Kantar ranked Lifebuoy as the global #3 most chosen FMCG brand in 2020, just below Coca-Cola (KO) and Colgate (CL) – an astonishing fact given the age of the brand. While the brand is largely absent from shelves here in the UK, it is a juggernaut in Asian markets, and is the #1 brand in India.

There are two observations about the Lifebuoy story which tell us a lot about Unilever PLC (NYSE:UL), which is currently our largest holding in the Fund.

The first is the enduring power of brands in the consumer goods market. According to Kantar’s list of most chosen brands, the top 20 global marques have an average age of 116 years, with over half being founded in the 19th century. Fashions come and go, but there is something special about low-cost consumable goods that advantages strong, time-worn brand names…” (Click here to view full text)

Shell plc (NYSE:SHEL) is a London-based energy and petrochemical company, with presence in Europe, Asia, Oceania, Africa, the United States, and the Americas. The company operates through Integrated Gas, Upstream, Marketing, Chemicals and Products, and Renewables and Energy Solutions segments. Energy stocks are great to load up on before the next recession starts, and while industrial demand may be weaker, the residential demand for gas, electricity, renewables, and petroleum remains robust even when the economy slows.

On September 12, Piper Sandler analyst Ryan Todd raised the price target on Shell plc (NYSE:SHEL) to $80 from $75 and maintained an Overweight rating on the shares. The analyst remains constructive on the integrated oils, noting that almost record-level distillate margins are generating upside in refining estimates and this will likely continue through the winter and into an “equally tight” 2023.

Among the hedge funds tracked by Insider Monkey, 39 funds reported owning stakes in Shell plc (NYSE:SHEL) at the end of the second quarter of 2022, compared to 37 funds in the last quarter. William B. Gray’s Orbis Investment Management is one of the leading position holders in the company, with 9.13 million shares worth about $478 million.

Here is what Harding Loevner International Equity Fund has to say about Shell plc (NYSE:SHEL) in its Q1 2022 investor letter:

“While risks of unforeseen consequences arising from the Ukraine conflict are high, on this front we are cautiously optimistic that China will work hard to maintain its neutrality in a credible way, as it is a huge beneficiary of trade with the rest of the world, especially the rich developed nations. We think it likely that China, along with India, will continue to buy oil and gas from Russia (just as Europe, at least for now, plans to keep its gas pipelines open), and do not expect that fact to alter China’s trade relations with the West much. Nevertheless, we must contemplate that our optimism is misplaced on the importance of membership in the global network of exchange. If our central and optimistic case—admittedly an educated guess—is wrong, then we’d need to greatly modify our views of which companies in our opportunity set will face new barriers to profitable growth, and which might stand to benefit, relatively, from a further receding of globalization. (Global trade, after all, has never matched the peak share of GDP it reached in 2008, before the Global Financial Crisis.) We’d expect such a world to be less efficient, as the cold logic of comparative advantage is demoted as a determinant of which goods or services are produced and where. That would lead to a less prosperous world, since exploiting comparative advantage is a cornerstone of wealth creation. If regional blocs began to raise limits on the movement of capital as well as goods, we’d need to parse which of our multinational companies were at risk of declining sales from increasingly hostile, siloed countries. Royal Dutch Shell (NYSE:SHEL) has found its Siberian oil and gas joint venture assets stranded by the combination of sanctions and the public opprobrium of Russia’s actions.”

The Kraft Heinz Company (NASDAQ:KHC) is a Pennsylvania-based company that manufactures and markets food and beverage products in the United States, Canada, the United Kingdom, and internationally. On September 21, the packaged food sector got a boost from a solid beat-and-raise earnings report from General Mills, Inc. (NYSE:GIS). The Kraft Heinz Company (NASDAQ:KHC) was one of the gainers as well, with the stock rising 3.33%. The company will pay a per share quarterly dividend of $0.40 on September 23.

Stifel analyst Christopher Growe said in a research note on September 19 that The Kraft Heinz Company (NASDAQ:KHC) highlighted the path to higher growth and it is “harnessing the significant improvement in the business operations to support its faster growth”. The analyst, who upgraded the stock recently to factor in a discounted valuation and an appreciation for the expanding growth potential in the company’s portfolio, reiterated a Buy rating and a $43 target price target. The analyst is confident about The Kraft Heinz Company (NASDAQ:KHC) stock moving forward.

According to the second quarter database of Insider Monkey, 41 hedge funds were bullish on The Kraft Heinz Company (NASDAQ:KHC), up from 35 funds in the prior quarter. Warren Buffett’s Berkshire Hathaway is the leading stakeholder of the company, with 325.6 million shares worth $12.4 billion.

JPMorgan analyst Andrea Teixeira on September 15 raised the price target on Constellation Brands, Inc. (NYSE:STZ) to $287 from $263 and reaffirmed an Overweight rating on the shares ahead of the company’s Q2 results on October 6. The analyst believes the overall beer setup was “largely favorable” in Q2 and that the tailwinds should continue in the future.

According to Insider Monkey’s data, 44 hedge funds reported owning stakes worth $1.3 billion in Constellation Brands, Inc. (NYSE:STZ) at the end of June 2022, compared to 41 funds in the last quarter worth $982.3 million. Peter Rathjens, Bruce Clarke, and John Campbell’s Arrowstreet Capital is the largest stakeholder of the company, with 1.4 million worth $326 million.

Like Costco Wholesale Corporation (NASDAQ:COST), Walmart Inc. (NYSE:WMT), and ConocoPhillips (NYSE:COP), elite hedge funds are piling into Constellation Brands, Inc. (NYSE:STZ) ahead of the next recession.

Click to continue reading and see 5 Best Stocks to Buy Before Recession Begins.

Disclosure: None. 10 Best Stocks to Buy Before Recession Begins is originally published on Insider Monkey. 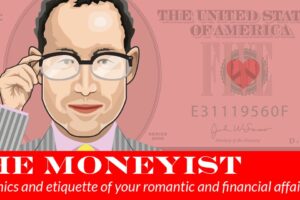 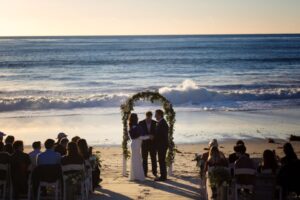