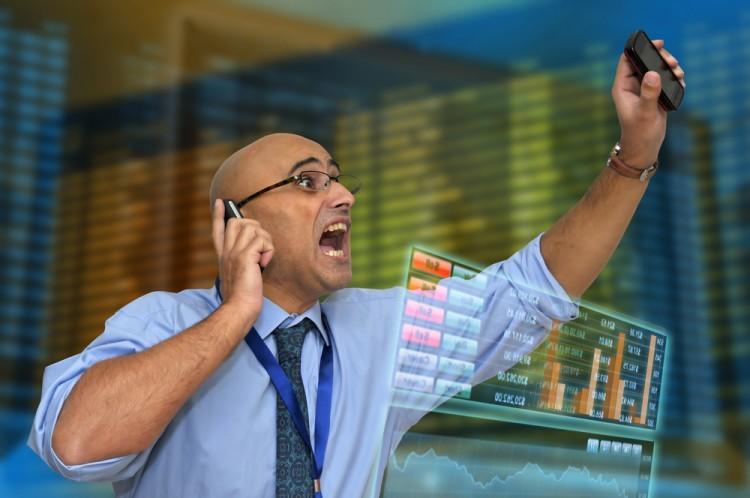 Seems like nothing is immune from the intense market sell-off that has come to define 2022. Not even cryptocurrencies, which have long been touted as the hallmark of an alternative financial order, unhinged from the government-controlled and bank-manipulated economic order of the globe. Bitcoin, the world’s most popular cryptocurrency, has seen a colossal downward slide. It stood at an all-time peak of $69,000 in November 2021, and now hovers around $20,000 as of June 23, plummeting 57.54% in the year so far. Ether, the second largest cryptocurrency by market cap, has declined 71% in the year to date, and 44.7% in just the last month. The market sell-off was triggered after TerraUSD, a much-hyped stablecoin by Terra Platforms, lost its peg to the US dollar and subsequently went into a death spiral, taking down its sister coin Luna with it, with both now standing near zero. In April, Luna was priced around $115. The $40 billion fall of Terra Platforms has wiped out the life savings of millions across the globe.

The Federal Reserve has been forced to make tough decisions, after the Consumer Price Index (CPI) showed that the month of May recorded a 8.6% year-on-year increase in inflation, the highest yearly increase in 41 years. The Fed subsequently bumped interest rates by 75 basis points, the biggest increase since 1994. It also lowered its growth forecasts for 2022, revising the 2.8% figure set in March to 1.7%. Dan Ives, managing director and senior equity analyst at Wedbush Securities, recently stated that risky assets were getting butchered in the market as the “era of free money comes to an end,” and sees a dark “crypto winter” on the horizon. A crypto winter is defined as an extended period of time where crypto prices remain low. The last crypto winter started in 2017 and sustained until mid 2020.

Every name in the market associated with cryptocurrencies has taken a beating. Coinbase Global, Inc. (NASDAQ:COIN), a leading crypto exchange, has laid off 18% of its entire workforce in order to reduce expenses and keep operations afloat. BlockFi, another prominent platform for trading crypto, has terminated 20% of its staff, while Crypto.com, which recently named the Los Angeles Clippers stadium after itself in a $700 million deal, also let go of 5% of its workforce. Celsius Networks was offering yields as high as 18% for deposits of cryptocurrencies, and was the first platform to be managing upwards of $20 billion last year. On June 13, the privately-held company paused all withdrawals, transfers and swaps on its platform, citing the “extreme market conditions.”

We analyzed the crypto industry and picked the 10 biggest/most prominent cryptocurrencies that have lost a significant amount of value over the last months.

10 Cryptocurrencies Getting Crushed by the Current Market Crisis

Dogecoin is a popular cryptocurrency that was started as a joke in 2013 by two software engineers. It uses the Japanese Shiba Inu dog breed as its mascot, popularized by the meme community on Reddit. Dogecoin was formed as an alternative to Bitcoin, and uses a Srypt algorithm which makes it faster in comparison, taking only 1 minute to confirm transactions as compared to 10 minutes taken by Bitcoin. The coin started with a value of around US$0.00026 in December 2013, and quickly gained a fan following and registered millions of views on its official website. Over the years, Dogecoin has registered massive gains, reaching a market cap of $88.8 billion with an all time high of $0.6848 in May 2021, as compared to $0.002 in May 2020.

Some financial experts find it hard to take Dogecoin as a serious cryptocurrency, but it has attracted the interest of many enthusiastic investors over the years, most notably the world’s richest man, Elon Musk. He has touted Dogecoin through his tweets and media appearances, and his EV firm Tesla Inc. (NASDAQ:TSLA) accepts Dogecoin payments in its official merchandise store. He recently tweeted that he would “keep supporting” Dogecoin, after being sued by an investor in a $258 billion lawsuit for allegedly “running a pyramid scheme” to drive up the price of the meme cryptocurrency.

Dogecoin started with an initial market supply cap of 100 billion coins, but crossed that figure in 2015. While there is no proper limit to the number of Dogecoins that can be generated, the market supply is set to increase by $5 billion every year. As of June 23, Dogecoin has 132 billion coins in circulation, and has dropped 63.04% in the year to date. Its current market cap stands at $8.49 billion, and is priced at $0.06398.

Cardano is an open-source and decentralized blockchain platform which allows users to make transactions using its official token Cardano (ADA). It is named after Italian mathematician Gerolamo Cardano, while its token ADA is named after British mathematician Ada Lovelace. The platform was founded by Charles Hoskinson, a co-founder at Ethereum who left after a disagreement with other stakeholders of the company.

Cardano (ADA) is the largest cryptocurrency in the world to use a proof-of-stake (PoS) system, which is much more energy-efficient as compared to proof-of-work (PoW) protocols. In 2021, a University of Cambridge study estimated that the Cardano network used less than 0.01% of the total energy consumption of the Bitcoin network, a mere 6GWh in comparison to 110 TWh.

Cardano (ADA) was founded in 2017 and went public through an initial coin offering (ICO) which gave the token a $600 million market cap, with one ADA priced at $0.00024. It passed the $3 mark in September 2021, reaching an all-time high of $3.10. This was after the platform announced the launch of the Alonzo hard fork in August 2021, which was released a month later to enable users to develop and deploy smart contracts, and allow decentralized applications to be built on the blockchain. The Cardano platform is currently being used by agricultural firms to track fresh produce, and educational institutes to safely store academic credentials, among a variety of other uses.

Polkadot is the native cryptocurrency of Polkadot, an open source blockchain platform which enables different blockchain networks to interconnect and exchange information in a secure and fast manner. It was founded by Ethereum co-founder Gavin Wood in 2016, and raised $145 million through an initial coin offering (ICO) in 2017. Wood is also the co-founder of Web3 Foundation, and created Polkadot to provide features not available with the Ethereum blockchain, such as interoperability between different blockchains.

As of June 23, one Polkadot (DOT) is worth $7.55, down 86% from its all time high of $55 on November 4, 2021. It was hovering near the $4 mark during much of the second half of 2021. The cryptocurrency has a market cap of $7.44 billion, and ranks as the 11th most popular digital coin, according to data from CoinMarketCap. There are roughly 987 million Polkadot tokens in circulation, with a total supply of 1.083 billion coins. Polkadot does not have a maximum supply cap, and will increase supply by 10% every year to count for inflation.

Litecoin (LTC) is often called the “silver to Bitcoin’s gold,” given that it is the second most popular pure cryptocurrency after Bitcoin. It provides fast transaction speeds (2.5 minutes in comparison to Bitcoin’s 10) and minimal transaction fees, making it an excellent digital token for micro-transactions and point-of-sale (PoS) payments, especially in developing countries. Litecoin is also one of the most widely accepted cryptocurrencies in the world, with more than 2,000 businesses and merchants accepting the token internationally. It was founded in 2011 by former Google engineer Charlie Lee, a prominent figure in the crypto world who later served as director of engineering at Coinbase Global, Inc. (NASDAQ:COIN).

Binance Coin (BNB) is the native crypto coin of Binance, the world’s largest crypto trading platform by daily trading volume. It allows users to buy. sell and trade on the platform, and is also used within the Binance blockchain ecosystem to pay for DeFi (decentralized finance) applications and NFTs. It was launched through an initial coin offering (ICO) in July 2017 where one BNB coin was priced at $0.15. As Binance exploded to become the world’s top crypto platform, Binance Coin (BNB) continued to surge in value, gaining $1,344% in 2021 alone. It was priced at around $675 in May 2021, an all time high. The ongoing crypto crash has resulted in Binance Coin losing 57.88% in the year to date, currently standing at $223.18 as of June 23.

There are currently 163.27 million Binance Coin (BNB) tokens in circulation, with an initial maximum supply of 200 million coins. Because the cryptocurrency is deflationary, Binance burns a certain amount of BNB tokens every quarter, with the aim of eventually burning 100 million coins, which is half of the maximum supply. This will ensure Binance Coin remains valuable due to its scarce quantity. In April 2022, Binance burned 1.83 million Binance Coin (BNB) tokens worth $741.8 million at its 19th quarterly burning.

Binance co-founder and CEO Changpeng “CZ” Zhao is one of the most revered figures in the crypto world. He recently announced that Binance was in a position to expand its workforce and increase M&A (merger and acquisition) activity in order to properly take advantage of the upcoming ‘crypto winter’. He criticized other crypto platforms for reducing their workforces amid the ongoing crash, after previously spending extravagantly on marketing and sponsorship deals.

Click to continue reading and see 5 Cryptocurrencies Getting Crushed By The Current Market Crisis.

Disclosure. None. 10 Cryptocurrencies Getting Crushed By The Current Market Crisis is originally published on Insider Monkey.