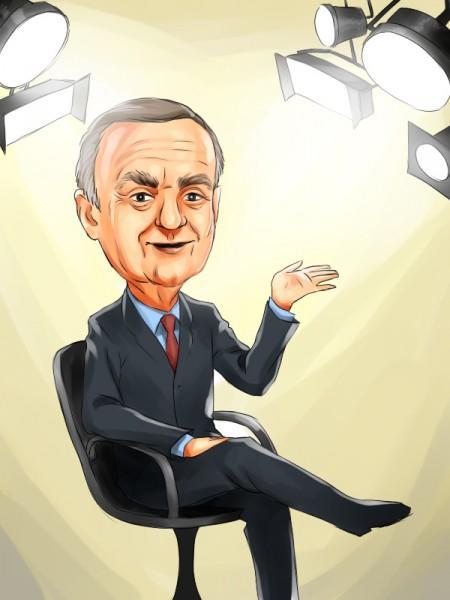 Leon Cooperman is perhaps one of the most well known financiers on Wall Street. In 1991, the billionaire founded Omega Advisors, a New York-based hedge fund, and he served as the chief executive officer and chairman of the fund. Leon Cooperman received his MBA from Columbia Business School, and he is also a chartered financial analyst. He worked at Goldman Sachs for 22 years and then he left to establish his own hedge fund. He converted Omega Advisors into a family office in 2016.

On April 6, Leon Cooperman shared his market view and stated that consistently increasing oil prices could result in a recession in the United States in 2023. In addition to that, he believes that the aggressive rate hikes by the Fed could also tamper with economic growth and push the economy into a recession.

With the volatile macro conditions, Cooperman said that his economic forecast is as good as any circulating the markets and anything could happen in the future. However, the historically poor fiscal and monetary policies by the US government will have consequences that the country will have to face in the near future.

The Omega CEO disclosed that 20% of his portfolio is concentrated in the energy sector, and he is 68% long right now, favoring long positions over short. He considers energy stocks a cheaper alternative to commodities, and he has made a 6% year-to-date return with his strategies. The billionaire still prefers value stocks in this market.

Some of the most notable stocks in the fourth quarter portfolio of billionaire Leon Cooperman’s Omega Advisors include Alphabet Inc. (NASDAQ:GOOG), Microsoft Corporation (NASDAQ:MSFT), and Amazon.com, Inc. (NASDAQ:AMZN), among others discussed in detail below.

We used the Q4 portfolio of Leon Cooperman’s Omega Advisors for this analysis, selecting the billionaire’s top 10 holdings.

WillScot Mobile Mini Holdings Corp. (NASDAQ:WSC) was incorporated in 2017 and is headquartered in Phoenix, Arizona. The company is a provider of portable storage solutions in the United States, Canada, Mexico, and the United Kingdom. Leon Cooperman owns approximately 1.7 million shares of WillScot Mobile Mini Holdings Corp. (NASDAQ:WSC), worth $69.3 million, representing 3.85% of the total 13F holdings.

According to the Q4 database of elite hedge funds maintained by Insider Monkey, 61 funds were bullish on WillScot Mobile Mini Holdings Corp. (NASDAQ:WSC), compared to 56 funds in the earlier quarter. The total stakes held in Q4 amounted to $1.95 billion. Macquarie Group Ltd is an institutional investor that owns roughly 3.5 million shares of WillScot Mobile Mini Holdings Corp. (NASDAQ:WSC), worth $142.70 million.

“We added six new positions in the fourth quarter, the largest being WillScot Mobile Mini in the industrials sector. WillScot is the leading manufacturer in the modular office and storage end markets. The company has a multitude of idiosyncratic growth drivers that should support a doubling of free cash flow per share over the next four to five years.”

Billionaire Leon Cooperman, as per the securities filings for Q4 2021, owns 245,705 shares of Microsoft Corporation (NASDAQ:MSFT), worth $82.6 million, accounting for 4.15% of his total portfolio holdings. Microsoft Corporation (NASDAQ:MSFT)’s $69 billion impending acquisition of Activision Blizzard, Inc. (NASDAQ:ATVI) is currently under review by the US Securities and Exchange Commision on insider trading allegations.

Morgan Stanley analyst Keith Weiss on April 12 maintained an Overweight rating and a $372 price target on Microsoft Corporation (NASDAQ:MSFT), calling it one of his preferred names. The analyst noted in a preview of the company’s fiscal Q3 report that Microsoft Corporation (NASDAQ:MSFT) has “strong positioning across key growth and defensible spending categories”, which he thinks should assist with offsetting the effects of the volatile macro environment.

Among the hedge funds tracked by Insider Monkey at the end of December 2021, 262 funds held long positions in Microsoft Corporation (NASDAQ:MSFT), compared to 250 funds in the preceding quarter. Ken Fisher’s Fisher Asset Management is the leading position holder in the company, with 26.8 million shares worth over $9 billion.

Here is what Baron Opportunity Fund has to say about Microsoft Corporation (NASDAQ:MSFT) in its Q4 2021 investor letter:

“Shares of Microsoft Corporation, a cloud-software leader and provider of software productivity tools and infrastructure, rose during the quarter, following a strong earnings report highlighting solid demand for its broad product stack and continued momentum migrating its business to the cloud. Microsoft’s results continued to be strong across the board, with total revenue growing 20% in constant currency, beating Street estimates by 3%; an acceleration in Commercial Cloud revenue to 34% constant-currency growth; operating margins expanding to just under 45%; earnings growth of 23%; and free cash flow growth of 30%. We believe the company is positioned to deliver 13% to 15% organic growth over the next three years, underpinned by total addressable market expansion and continued market share gains across its disruptive cloud product portfolio.”

Ashland Global Holdings Inc. (NYSE:ASH) announced preliminary Q2 adjusted earnings of $1.50 per diluted share and a revenue of $604 million, up approximately 19% year-over-year, ahead of analysts’ consensus estimates of $1.14 and $574.94 million, respectively.

On April 13, Deutsche Bank analyst David Begleiter raised the firm’s price target on the stock to $120 from $115 and kept a Buy rating on the shares. The better than expected preannounced Q1 results were driven by strong demand and pricing, which easily compensates for the increased raw material, freight, and energy costs, the analyst told investors in a research note.

According to Insider Monkey’s Q4 data, 25 hedge funds were bullish on Ashland Global Holdings Inc. (NYSE:ASH), with combined stakes of $485.3 million, compared to 26 funds in the preceding quarter, holding stakes in Ashland Global Holdings Inc. (NYSE:ASH) worth $800.70 million. Ricky Sandler’s Eminence Capital is the biggest position holder in the company, with more than 4 million shares valued at $434.4 million.

Here is what Diamond Hill Small Cap Fund has to say about Ashland Global Holdings Inc. (NYSE:ASH) in its Q4 2021 investor letter:

Securities filings for the fourth quarter of 2021 reveal that Leon Cooperman’s Omega Advisors held 2.13 million shares of MP Materials Corp. (NYSE:MP), worth over $97 million, representing 4.88% of the total 13F portfolio. The hedge fund slashed its stake in the company by 11% in Q4.

On March 8, MP Materials Corp. (NYSE:MP)’s director Randall Weisenburger disclosed the purchase of 30,000 units of common stock, priced at $38.40 each. The transaction was worth approximately $1.2 million, and shares rose 11.4% upon disclosure.

Benchmark analyst Subash Chandra upgraded MP Materials Corp. (NYSE:MP) on February 9 to Buy from Hold with a $47 price target. The analyst raised his EPS and EBITDA estimates for Q4 and 2022, driven by the increase in light rare-earth prices since the third quarter.

Cigna Corporation (NYSE:CI) announced a sizable extension to its share repurchase plan on February 28 of $6 billion, bringing the total capacity to $10 billion. The company’s equity is attractive, which is why it will deploy capital worth over $7 billion for share repurchases in 2022. Cigna Corporation (NYSE:CI) also plans to invest in innovation.

Truist analyst David MacDonald raised the price target on Cigna Corporation (NYSE:CI) to $290 from $275 and reiterated a Buy rating on the shares on April 7. The analyst stated that he is positive on the underlying demand drivers and strong tailwinds for the insurance industry, with fading COVID-19 challenges alleviating labor supply constraints and favorably impacting the year. The analyst added that industry cash flows remain robust and he sees potentially accelerating mergers and acquisitions activity in the space.

Among the hedge funds tracked by Insider Monkey, 53 funds were bullish on Cigna Corporation (NYSE:CI) at the end of the fourth quarter of 2021, with collective stakes amounting to $1.92 billion. John Allison’s Unio Capital held the biggest position in the company, worth $1.3 billion.

Here is what Davis Opportunity Fund has to say about Cigna Corporation (NYSE:CI) in its Q4 2021 investor letter:

“Healthcare is included in the portfolio both for company-specific reasons, as well as big picture trends. At the company level, we hold select companies in pharmaceuticals, healthcare services and health insurance at attractive valuations. This is at a time when the average age of the U.S. population is fast approaching 40, older than Asia-Pacific and a little younger than the aged populations of Europe and Japan. The number of seniors in the U.S.—i.e., 65 years or older— now surpasses 54 million, or about 15% of the population. Seniors, on average, take a much greater number of medications and account for a large and disproportionate share of healthcare spending, and we expect that trend to continue due to both raw demographics and a proliferation in the number of available treatments and services available now, the latter being driven by innovation and investment in the healthcare industry. Representative holdings in the Fund include Cigna, United Health Group, Viatris and Quest Diagnostics.”