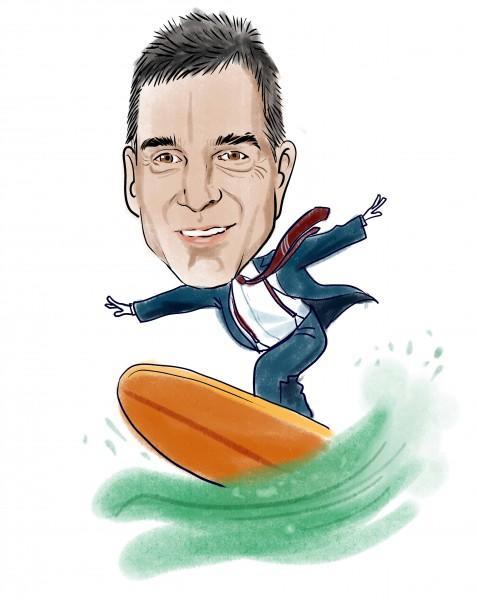 The stock market is extremely volatile right now, with inflation at a 40-year high, rising interest rates, and ongoing geopolitical tension. Billionaire Dan Loeb, the chief of Third Point, believes that the volatility in the stock market is a result of ever-changing macro variables and investors are not reacting accordingly. He wrote in his latest letter to investors that hedge fund managers who have suffered losses after years of triumphs, including himself, were unable to swiftly adapt their investment models to the market changes.

Dan Loeb also acknowledged the tech-heavy NASDAQ stumbling recently to its lowest point since June 2020. His hedge fund was able to navigate the tough market backdrop by leaning away from tech stocks and focusing more on cyclical names. However, he thinks it’s tough to call a bottom in the tech space despite significant declines. Dan Loeb is piling into energy stocks as a defensive play in this market.

Third Point’s flagship Offshore Fund tumbled 11.5% in Q1 2022 compared to the S&P 500’s 4.6% drop. In April, the fund declined approximately 1%, versus the 8% downturn in the S&P 500 and the 13% contraction in the NASDAQ. The hedge fund added 9 new stocks to its Q1 portfolio, made additional purchases in 5 securities, sold out of 26 companies, and reduced holdings in 22 stocks. Some of the most notable companies dumped by Dan Loeb included Alphabet Inc. (NASDAQ:GOOG), The Walt Disney Company (NYSE:DIS), and Coupa Software Incorporated (NASDAQ:COUP).

We used the Q1 2022 portfolio of billionaire Dan Loeb’s Third Point for this analysis, selecting the 10 most prominent stocks that he exited during the period.

On April 8, Baird analyst David Koning raised the price target on Accenture plc (NYSE:ACN) to $378 from $360 and maintained a Neutral rating on the shares. The analyst attended the upbeat analyst meeting and likes a lot about Accenture plc (NYSE:ACN) in the short-term. He said he appreciates the robust recent growth and margin expansion. The future also looks optimistic, with strides in quantum computing, space tech, and science smart materials, he added.

According to the database of Insider Monkey, 63 hedge funds were bullish on Accenture plc (NYSE:ACN) at the end of March 2022, up from 50 funds in the preceding quarter. In the first quarter of 2022, Nicolai Tangen’s Ako Capital held the leading stake in the company, comprising 2.28 million shares worth $770 million.

Here is what Baron Durable Advantage Fund has to say about Accenture plc (NYSE:ACN) in its Q1 2022 investor letter:

“Another good example is the leading consulting company, Accenture, plc (NYSE:ACN), whose stock was down 18% during the quarter despite the company reporting sparkling results with mid-20s year-over-year growth rates in revenues, EBIT, and EPS, driven by double-digit growth across all markets, industries, and services while continuing to gain market share (growing at nearly 3 times the market rate). In addition to expected strength in smaller deals, Accenture had 36 clients booking over $100 million worth of business in the last quarter alone. While most investors remain concerned about a pull-forward of demand, the company is not seeing a slowdown as digital transformations became a must for organizations to remain competitive as described by the company in its latest earnings conference call:

‘Pre-pandemic, what we saw were clients much more into – they did transformation quite sequentially, right? The pandemic was a major shock. You saw the leaders who were kind of coming into that saying we’ve got to go even faster, and you saw a bunch of companies saying we need to leapfrog, right? We need to move online. We need to do digital transformation. And that meant that we saw companies starting to take on not sequential transformation but what we call compressed transformation, where they’re at the same time doing manufacturing as well as sales’.”

Wells Fargo analyst Brian Fitzgerald on April 27 slashed the price target on Alphabet Inc. (NASDAQ:GOOG) to $3,400 from $3,600 to account for falling sector valuations, while reiterating an Overweight rating on the stock after the company posted a somewhat mixed Q1. The analyst noted that headline and gross revenues were “in-lineish” and segment revenues were mixed. Search, Cloud, and Network segments all modestly exceeded consensus, while YouTube and Play/Other notably missed expectations.

Among the hedge funds tracked by Insider Monkey, Alphabet Inc. (NASDAQ:GOOG) was part of 160 public stock portfolios in the first quarter of 2022, compared to 158 funds in the prior quarter. Chris Hohn’s TCI Fund Management is a prominent shareholder of the company, with 2.3 million shares worth $6.62 billion.

Here is what Farrer Wealth Advisors has to say about Alphabet Inc. (NASDAQ:GOOG) in its Q1 2022 investor letter:

“Alphabet: We won’t waste much time trying to explain to our clients why Alphabet is such a phenomenal business, we believe that is quite self-evident. The better explanation is why we never bought Alphabet before. The reason was a personal bias we held based on three beliefs (which we now believe to be incorrect)

Growth in YouTube would stall as the increased ad-load would turn-off viewers (the double ad-load at the beginning of videos for example). Consumers will focus on discovery rather than search to purchase new items. For example – using Instagram/TikTok to decide what new clothes to buy instead of ‘googling’ for clothes. Other Bets: In general, we felt that capital spent on “Other Bets” has been a bit wasteful with the segment earning just around $3.1bn in revenue versus nearly $21bn in operating losses over the last five years…” (Click here to see the full text)

Piper Sandler analyst Thomas Champion views the recent pullback in Expedia Group, Inc. (NASDAQ:EXPE) stock as a buying opportunity and reiterated an Overweight rating on the shares with a $225 price target on May 11. The analyst observed that although Expedia Group, Inc. (NASDAQ:EXPE) reported a “mixed” Q1, he believes that product improvements, the loyalty program, and B2B initiatives “could serve as tailwinds beyond a robust summer travel” in 2022.

According to Insider Monkey’s Q1 data, Expedia Group, Inc. (NASDAQ:EXPE) was found in 88 public hedge fund portfolios, up from 82 funds in the last quarter. Daniel Sundheim’s D1 Capital Partners is the largest position holder in the company, with 7.6 million shares worth about $1.5 billion.

Here is what Heartland Mid Cap Value Fund has to say about Expedia Group, Inc. (NASDAQ:EXPE) in its Q4 2021 investor letter:

“The run-up in equity prices over the past year and a half has narrowed the pool of attractively valued businesses. Economically sensitive areas of the market, in particular, have seen valuations stretched—but the impact of investor exuberance is evident in share prices of companies throughout the broader market. In our view, the elevated valuations commanded by many stocks have heightened risks and dampened upside potential.

In response to this backdrop, we continue to focus on finding and owning companies that are poised to succeed against a variety of backdrops or those that are priced at significant discounts to peers regardless of the sector or industry. Recent addition Expedia Group, Inc. (EXPE) is an example of the type of business we’ve found attractive.”

On March 2, BTIG analyst Jake Fuller upgraded Opendoor Technologies Inc. (NASDAQ:OPEN) to Buy from Neutral with a $15 price target. The analyst observed that despite the limited housing inventory and concerns about the execution of the iBuyer model, he continues to see robust demand for Opendoor Technologies Inc. (NASDAQ:OPEN), with triple-digit mid-funnel traffic growth so far in the first quarter of 2022.

According to Insider Monkey’s first quarter data, 36 hedge funds were long Opendoor Technologies Inc. (NASDAQ:OPEN), down from 41 funds in the preceding quarter. Daniel Patrick Gibson’s Sylebra Capital Management held the biggest position in the company, with 24.8 million shares worth $214.7 million.

Here is what Baron Opportunity Fund has to say about Opendoor Technologies Inc. (NASDAQ:OPEN) in its Q4 2021 investor letter:

“The Fund invests in secular growth and innovative businesses across all market capitalizations, with the bulk of the portfolio landing in the large-cap zone. The Fund is categorized as US Large Growth by Morningstar. As of the end of the fourth quarter, the largest market cap holding in the Fund was $2.5 trillion and the smallest was $791 million. The median market cap of the Fund was $27.5 billion.

The Fund had $1.7 billion of assets under management. The Fund had investments in 63 securities. The Fund’s top 10 positions accounted for 45.4% of net assets. Fund inflows were positive for 2021.We sold Opendoor Technologies Inc. because we identified issues relating to our long-term theses in the company, and we decided to exit the positions to fund other purchases.”

RH (NYSE:RH) is a California-based home furnishings retailer, selling furniture, lighting, textiles, bathware, decor, and outdoor and garden accessories. Dan Loeb added RH (NYSE:RH) to his portfolio in the last quarter of 2020. The billionaire held 535,000 shares of the company in Q4 2021, and he sold his position entirely in the first quarter of 2022.

On May 16, Morgan Stanley analyst Simeon Gutman initiated coverage of RH (NYSE:RH) with an Equal Weight rating and a $400 price target. The analyst views RH (NYSE:RH) as a “transcendent brand with the most long-term upside potential” in his coverage. However, a 12-month outlook makes him “pause”, since a “category reversion and potential recession” seems to be on the horizon.

Warren Buffett’s Berkshire Hathaway held 2.17 million shares of RH (NYSE:RH) in the first quarter of 2022, worth $707.6 million. Buffett’s fund is the largest shareholder of the company. Overall, 63 hedge funds were bullish on RH (NYSE:RH) at the end of Q1, up from 58 funds in the prior quarter.

Here is what Polen Global SMID Company Growth Fund has to say about RH (NYSE:RH) in its Q4 2021 investor letter:

“Our most significant detractors from performance over the fourth quarter includes RH. Upscale home-furnishings company RH underperformed over the quarter and the year amid rising costs that weighed on expectations and heightened concerns of reduced discretionary spending amid the ongoing pandemic. We expect the company to grow revenues as it rolls out additional galleries across the globe and thoughtfully expands into adjacencies like guest homes and design services. Along with steady margin growth through fixed cost leverage, which the company has consistently shown it can achieve, we believe this expansion should lead to favorable cash earnings growth going forward.”

Click to continue reading and see 5 Stocks Billionaire Dan Loeb is Selling in 2022.

Disclosure: None. 10 Stocks Billionaire Dan Loeb is Selling in 2022 is originally published on Insider Monkey.