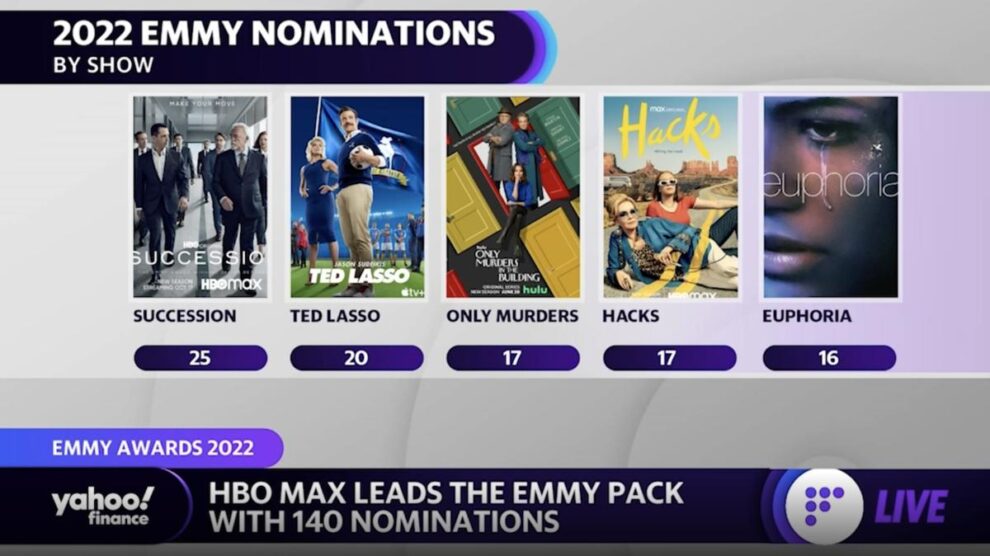 Yahoo Finance entertainment reporter Allie Canal details which networks and streaming platforms earned the most Emmy nominations this year, in addition to Disney's latest advertising deal with the Trade Desk and series with BTS. Read More... 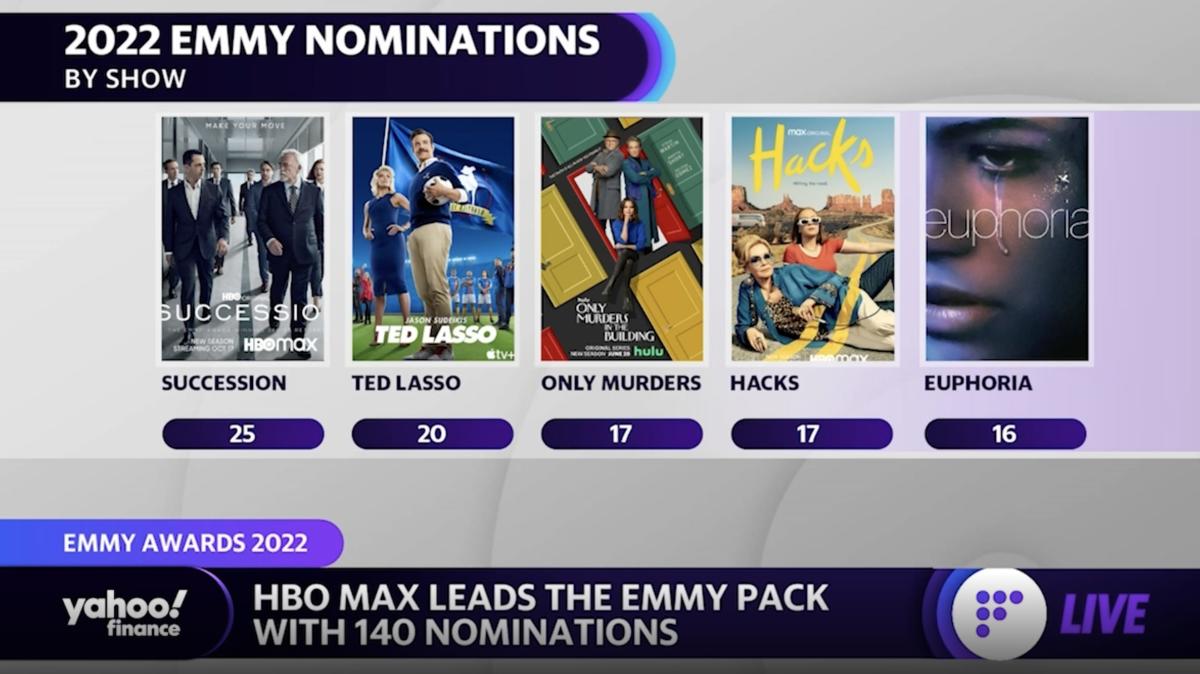 Yahoo Finance entertainment reporter Allie Canal details which networks and streaming platforms earned the most Emmy nominations this year, in addition to Disney’s latest advertising deal with the Trade Desk and series with BTS.

RACHELLE AKUFFO: All right, well, that’ll do it for us, but we’re switching gears now, and we’re talking Emmy nominations. Now, Emmy nominations are in with streamers like HBO Max leading the pack with the most nods this year. Yahoo Finance’s Alli Canal has all the numbers for us. I’m torn because I see “Squid Game” up against “Succession.” Love them both. It’s a tough one.

ALEXANDRA CANAL: It is, Rachelle. And that’s the thing. As of years past, we’ve seen streamers once again dominate the Emmy nominations. This year was no exception. If we take a look at networks, we see that HBO leads this year nomination pack with 140 total nods. That’s up from last year’s 130. Netflix next with 105 nominations, including, as you mentioned, a Best Drama nod for the breakout series “Squid Game.” That will take on HBO’s “Succession” for that top award, which has won in years past. So that’s going to be a big one to watch.

Then we have Hulu. I would say that Hulu is my surprise sleeper network this year with 58 nominations. They had a ton of shows out this year, like “Dopesick,” “Pam and Tommy,” “The Dropout,” “Only Murders in the Building.” And then we have Apple TV+ and Disney+ rounding this out. But you can see that Disney way below where they’re normally at. Last year, they had 71 nominations. This year, just 34.

And then if we take a look at the show specifically, which really seemed to be the emphasis this year, “Succession” takes the cake– 25 nominations– followed by Apple TV+. They had “Ted Lasso.” HBO’s “The White Lotus,” each with 20. And then, again, Hulu, “Only Murders in the Building,” that’s another breakout this year with 17 total nods tied with HBO’s “Hacks.” So a wide range of shows, wide range of networks. Last year, Netflix was able to beat HBO for the first time when it came to total wins. Will they be able to do that again? I’m not quite sure because last year, they had “The Crown” and “The Queen’s Gambit.” They don’t have that this year, but we’ll see if “Stranger Things” and “Squid Game” can pull through for them.

RACHELLE AKUFFO: And it’s interesting because even though Disney had fewer nominations there, Disney still doing a lot behind the scenes. It’s introducing ads with this new partnership with Trade Desk. What can you tell us about that?

ALEXANDRA CANAL: Yeah, Disney is still making a lot of moves. This partnership with the Trade Desk and Disney, it’s going to enable more relevant advertising across Disney’s portfolio of content. And that’s the crux of this, is really data, data that Disney has collected from consumers, data that advertisers have collected, and really putting all that data to work at scale. Disney owns a ton of properties, including ABC, ESPN, Hulu, Nat Geo. So it’s a great thing for advertisers and, really, a great thing for consumers since that value exchange will be there.

I had a chance to speak with Tim Sims. He’s the chief revenue officer at the Trade Desk. And he told me the goal here is, quote, “maximize addressability for advertisers and create more relevance for consumers.” This obviously sets us up for Disney’s ad-supported tier that’s expected to come at the end of this year. Same with Netflix. So the advertising space clearly very active right now.

But that’s, again, not the only move that Disney is making. Earlier today, we got confirmation that the media giant has inked a deal with BTS and its label to produce five streaming titles. That includes a docuseries, a concert film, a reality show. And this should help Disney really gain more subscriber growth overseas, particularly in those Asian countries. BTS is such a dominating force in this industry. So a dynamite announcement– no pun intended there.

RACHELLE AKUFFO: Indeed, like butter, like butter. [LAUGHS] Always good to see you, our very own Allie Canal. Thanks so much.