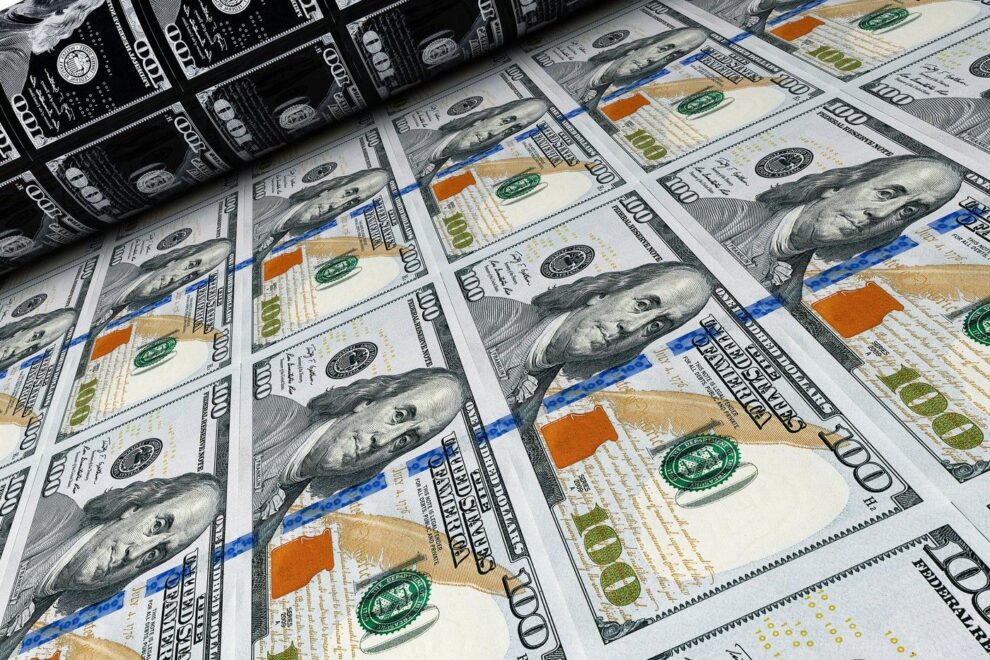 Beaten-down stock prices aren't the only way to prosper in the market. Long-term growth prospects can also be a great barometer of value. Read More... 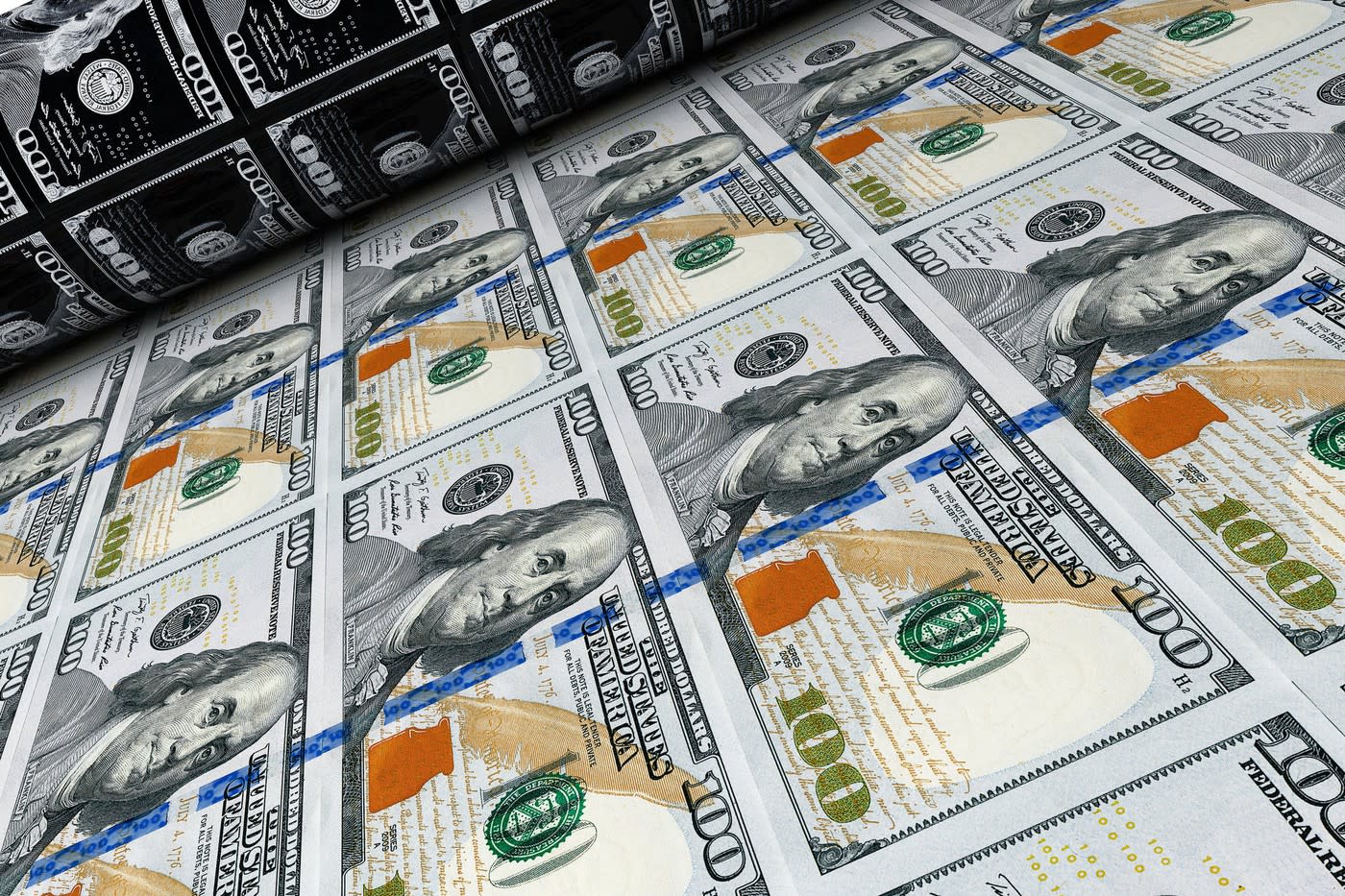 A Speculative Frenzy Is Sweeping Wall Street and World Markets

(Bloomberg) — Animal spirits are famously running wild across Wall Street, but crunch the numbers and this bull market is even crazier than it seems.Global stocks are now worth around $100 trillion. American companies have raised a record $175 billion in public listings. Some $3 trillion of corporate bonds are trading with negative yields.All the while the virus spreads, the economic cycle stays on life-support and businesses get thrashed by fresh lockdowns.Spurred by endless monetary stimulus and bets on a post-pandemic world, day traders and institutional pros alike are enjoying the easiest financial conditions in history.“Sentiment indicators are moving to euphoria,” said Cedric Ozazman, chief investment officer at Reyl & Cie in Geneva. “People are now jumping to invest amid fears they will miss the Santa Claus rally.”Here are the signs of market froth in this year of death, disease and economic calamity.IPO BoomNothing evokes a stock peak like a rush to the public markets. Debuts from Snowflake Inc. to Airbnb Inc. took this year’s initial public offerings volume to a record $175 billion in the U.S., data compiled by Bloomberg show.Special-purpose acquisition vehicles that raise money for a “blank check” company to buy whatever it wants have raised over $60 billion in 2020. That’s more than the previous decade combined.Investors still can’t get enough. The first-day return for IPOs averaged 40% this year, the highest ever other than 1999 and 2000, according to one estimate.All that has drawn unprecedented interest in the Renaissance IPO exchange-traded fund tracking new listings, up more than 100% this year this year. Even SPACs that haven’t announced an acquisition target are up almost 20% in 2020, Bespoke Investment Group noted.“If that isn’t a sign of exuberance, we don’t know what is!” Bespoke analysts wrote in a note.Stock RallyRobinhood traders have become the talk of Wall Street this year by speculating on everything from tech options to airline shares. With these retail investors chasing the equity rally along with institutional pros, the S&P 500 is trading with a sales multiple some 16% above the 2000 peak.Everything is going up. A Goldman Sachs basket of the most-shorted stocks in the Russell 3000 has surged about 40% this quarter, triple the broader index. High-beta shares are near their highest versus low-volatility ones since 2011.Every time the Russell 2000 has surged more than 95% off its trough, it has gone on to lose money over the next three months, according to SentimenTrader. It is now up roughly 100% from its March low.Options FrenzyBullish retail investors have plunged into the complex world of derivatives like never before this year. Over the last 20 days, a record average of roughly 22 million call contracts have traded each day across U.S. exchanges.Cboe’s equity put-call ratio has dropped near a decade low — a sign traders have rarely ever been so hellbent on chasing upside in single stocks.Merger ManiaAnimal spirits in corporate boardrooms are another infamous sign of a market top. This quarter is shaping up to be the strongest for deal-making activity since 2016 after a record third quarter. S&P Global Inc. buying IHS Markit Ltd. and Advanced Micro Devices Inc. taking over Xilinx Inc. are among the blockbusters.With corporate cash balances rising in recent years and deal volume as a percentage of market value still below a long-time average, it is possible the recent activity is just the start.Europe Joins InEven Europe’s IPO market, which is much smaller in size than the one in the U.S. and less accustomed to big first-day pops, is going bananas.Among the 44 firms that have listed on European exchanges since Nov. 9 — the day news of a coronavirus vaccine set off a bull run in equities — the average gain has been 16%, according to data compiled by Bloomberg. About 70% of them are trading above their IPO price.“Given heightened equity valuations, IPOs are again a viable exit route for sponsors,” said Darrell Uden, global co-head of ECM at RBC Capital Markets.Credit ReboundIn a world of almost $18 trillion negative-yielding debt, investors have been forced to gorge on risky corporate bonds at record valuations.In the U.S., yields on junk bonds have tumbled far below levels at which high-grade borrowers could issue earlier this year.Even Carnival Corp., the fallen-angel cruise ship operator, has progressively cut funding premiums this year. The stockpile of negative-yielding corporate debt now stands at over $3 trillion.Emerging MarketsNaturally it’s boom times for emerging-market nations selling more than $730 billion in dollar and euro bonds in 2020, more than in any previous year.Even with political turmoil, Peru sold the lowest-yielding century bonds ever from a developing-economy government. Ivory Coast priced euro-denominated debt with a lower yield than last year, despite its participation in a G-20 debt relief initiative and an ongoing International Monetary Fund program.Bitcoin’s BackTo diehards, Bitcoin’s more than 200% surge this year on a wave of new money shows crypto’s time has come. To many on Wall Street, it’s just the latest sign of irrational exuberance.“We view it and other cryptocurrencies as ‘digital tulips.’ We have no way to value them,” Yardeni Research analysts including Ed Yardeni wrote in a note. “We do watch Bitcoin’s price action as a gauge of speculative excesses.”Its volatility is a hard pill to swallow for most but the likes of JPMorgan Chase & Co. and Nomura Holdings Inc. have noted plenty of interest, from family offices to trend-following quants.The virtual currency is surfing a wave of speculation for long-duration assets, from solar energy to Tesla Inc. shares, as investors seek a stake in a technology of tomorrow — valuations be damned.For more articles like this, please visit us at bloomberg.comSubscribe now to stay ahead with the most trusted business news source.©2020 Bloomberg L.P.

: The percentage of women who’ve experienced online sexual harassment has doubled since 2017

Paypal (PYPL) Outpaces Stock Market Gains: What You Should Know