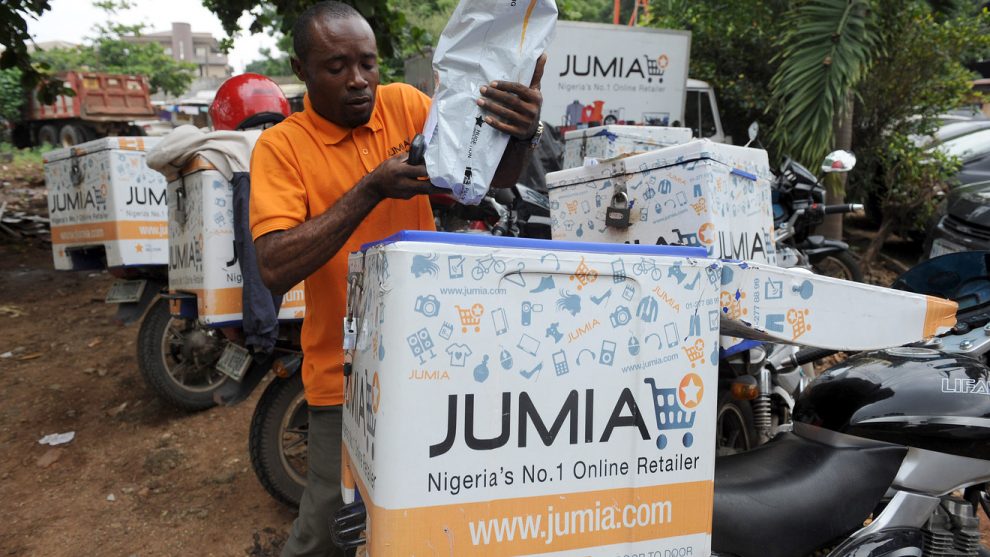 Jumia, an African e-commerce site, has gone public as the continent grows, but it’s still facing some challenges. Read More... 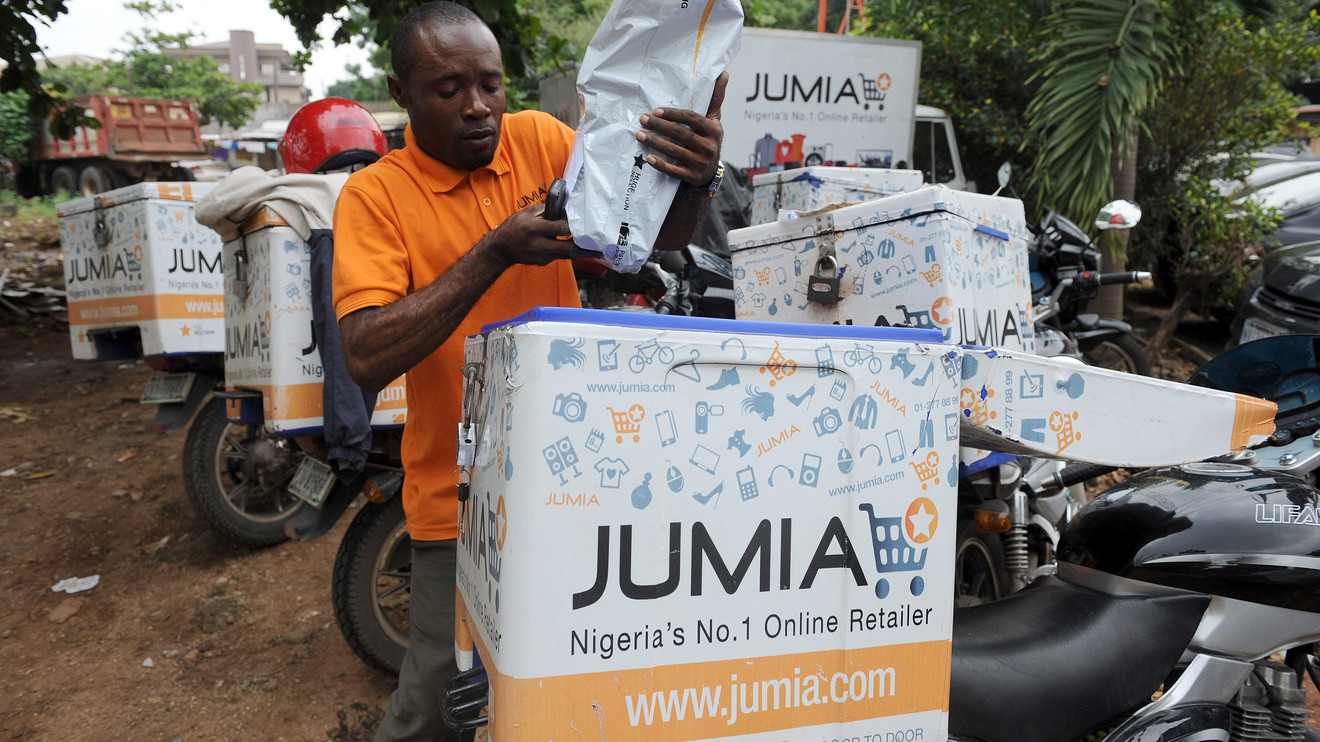 Jumia Technologies AG, which calls itself the top online shopping site in Nigeria, has gone public to take advantage of expected growth in e-commerce across Africa.

The company was founded in 2012 as Africa Internet Group and is headquartered in Berlin, Germany. Shareholders include the Berlin-based incubator and venture-capital firm Rocket Internet SE, which helped the company with its founding and owns a 20.6% stake. South African company Mobile Telephone Networks Holdings Ltd. owns a 29.7% stake. Other early investors include French insurer Axa CS, +0.26%  and French telecoms company Orange SA ORA, -0.34%

In keeping with German regulations, Jumia has a dual-board system: a management board and a supervisory board. The management board, which is responsible for day-to-day operations, comprises Jeremy Hodara and Sacha Poingnonnec, co-founders of the company who have served as co-chief executives since 2012. Both were employed at McKinsey & Co. before launching Jumia.

Antoine Maillet-Mezeray, the company’s chief financial officer, joined in 2016 and is a veteran of tech companies.

The eight-member supervisory board, which is charged with keeping the management board in check, includes Gilles Bogaert, chief executive for EMEA and Latam for Pernod Ricard SA RI, -0.84%  and Andre Iguodala, an NBA player on the Golden State Warriors.

Jumia is trading on the New York Stock Exchange under the ticker “JMIA.” Morgan Stanley, Citigroup, Berenberg, RBC, Raymond James, Stifel and William Blair were underwriters on the deal. Proceeds will be used to increase financial flexibility, raise the company’s public profile and facilitate access to public equity markets.

The company is active across six African regions, which encompass 14 countries that accounted for 74% of African consumer spending, according to the prospectus. In 2018, online retail accounted for less than 1% of total sales for the countries where Jumia operates.

Among the factors that augur well for online growth in Africa: projected GDP growth for the continent, which is estimated at 6% for 2019; a growing middle class that is expected to reach 42% of the population by 2060; a growing urban population, with 59% of Africans expected to live in urban areas by 2050 (82% of the North American population lived in urban areas in 2018); and a growing number of people overall, with Nigeria expected to be the third-most populated country on Earth by 2050, after India and China.

“We possess extensive local knowledge of the logistics and payment landscapes in the markets in which we operate, which we consider to be a key component of the success of our company,” the prospectus says.

Read: From eyelash extensions to a ride on a slide – department stores rethink what it means to have it all

“In addition, we take full advantage of the mobile-centric aspects of the African market by having adopted a ‘mobile-first’ approach in our product development and marketing efforts, which allows us to expand the audience for our goods and services, increase engagement and conversion and reduce our consumer acquisition costs.”

Here are five things to know about Jumia before its IPO:

The company has never made a profit

Jumia generates most of its revenue from commissions from third-party sellers. Since its founding, the revenue the company has generated has not been enough to cover operating expenses, with losses in 2018 totaling €170.7 million. Accumulated losses as of Dec. 31, 2018 totaled €862.0 million.

“We expect that our operating expenses will continue to increase as we intend to expend substantial financial and other resources on acquiring and retaining sellers and consumers, growing and maintaining our technology infrastructure and sales and marketing efforts and conducting general administrative tasks associated with our business, including expenses related to being a public company,” Jumia said.

Like many newly public companies, Jumia is not planning to pay a dividend any time soon, which means investors must rely on stock price appreciation for returns.

“We intend to retain all available funds and any future earnings to fund the development and expansion of our business,” the prospectus said.

Also: Old Navy and Athleta get their chance to shine with Gap split

About 90% of the items sold on Jumia in 2018 came from third-party sellers, which puts the onus for housing inventory on those sellers, but also puts the company at risk of any issues that the third-party might engage in, like fraud.

Jumia sells the other 10% of items directly “in order to enhance consumer experience in key categories and regions.”

Jumia Logistics provides delivery and pickup via a network of leased warehouses and drop-off stations, and, in certain markets, Jumia has its own delivery fleet. In 2018, the company handled 13.4 million packages.

JumiaPay and Jumia One help with online transactions and payments on a continent that still relies heavily on cash. More than half (54%) of the orders placed in Nigeria and Egypt during the fourth quarter were completed with JumiaPay. That may become part of the business in the future.

See: Hudson Yards offers shoppers a look at the mall of the future

Jumia operates in markets that are underdeveloped and politically unstable

Jumia is operating in emerging African markets that are still developing logistics, delivery and digital payment capabilities. Delivery can be too expensive or too time-consuming to compete with traditional retailers, and cashless payment is challenging.

In addition, some of its markets, such as Egypt, still experience periods of political instability. Governments have a history of making dramatic policy changes, such as price controls, currency devaluations, or mandatory wage increases.

Terrorism and violent crime is also a risk, which could restrict delivery and fulfillment. In 2018, Jumia said one of its warehouses in Kenya was robbed of about €500,000 worth of merchandise. Boko Haram could pose a threat in Nigeria, where it has disrupted the economy in the northeast of the country. And al-Shabaab, a Somalia-based terrorist group, executed an attack in Nairobi in January, posing a potential problem for Kenya.

It has to contend with failed deliveries and late collections

Many customers, including those that don’t have a bank account or don’t trust online payments, choose to pay upon delivery. The customer has to be home to accept the package. Failure to complete a delivery is a continuing problem, with 14.4% of GMV in 2018 either a failed delivery or return. Delivery verification is also a problem.

“For example, in Kenya, where approximately 95% of our consumers paid in cash or with cash equivalents on delivery in 2016, we discovered in early 2018 that €720,000 of cash payments remained uncollected in 2016, the large majority of which was never subsequently collected,” the prospectus said.