More than 3,200 Amazon.com Inc. workers at an Alabama warehouse voted on whether to unionize, the results of which should be known in the coming days. Read More... 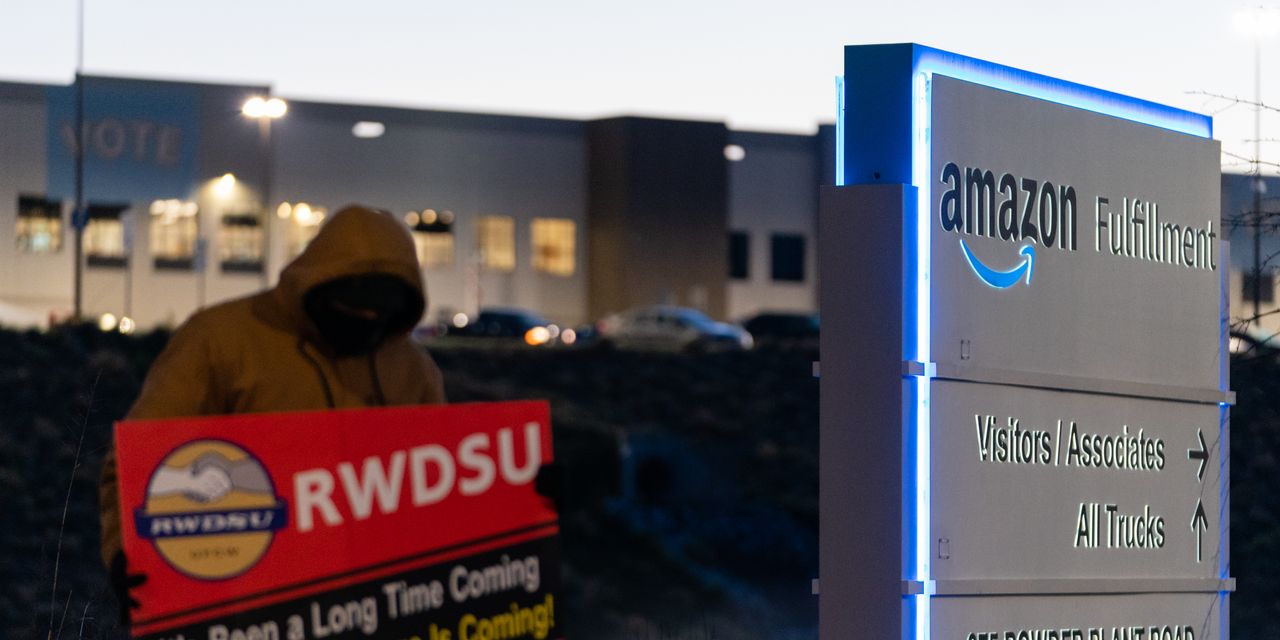 More than 3,200 Amazon.com Inc. workers at an Alabama warehouse voted on whether to unionize, and the initial results should be announced in the coming days.

The Retail, Wholesale and Department Store Union said late Wednesday that 3,215, of 55%, of the roughly 5,800 workers at the Bessemer, Ala., warehouse cast ballots.

The public portion of the vote count is expected to be released Thursday or Friday, the union said.

Voting ended March 29, and vote-counting began last week. The union said hundreds of ballots were challenged by management, which could delay the election results in the case of a tight race. Challenges would be resolved by the National Labor Relations Board.

Even if the union wins, it could take years of bargaining to reach an initial contract, and the process could be delayed further if Amazon contests the election results.

Workers are calling for higher pay and better working conditions.

The vote has high stakes — organizers hope a victory will spark more unionization drives nationwide, and not just at Amazon. Meanwhile, Amazon, the nation’s second-largest private employer, is worried higher union wages could hurt its bottom line. Amazon racked up $21.3 billion in profits in 2020.

Tax Guy: When can I deduct business meal and entertainment expenses under current tax rules?
Should firms be more worried about firmware cyber-attacks?
Comment

Tesla shares have surged on hope of inclusion in the S&P 500. But does being added to an index help a stock?

: Decision on approving Pfizer-BioNTech vaccine to be made in ‘shortest time possible,’ U.K. regulator says

Jack Dorsey Says Internet Wants A Currency And It's Bitcoin