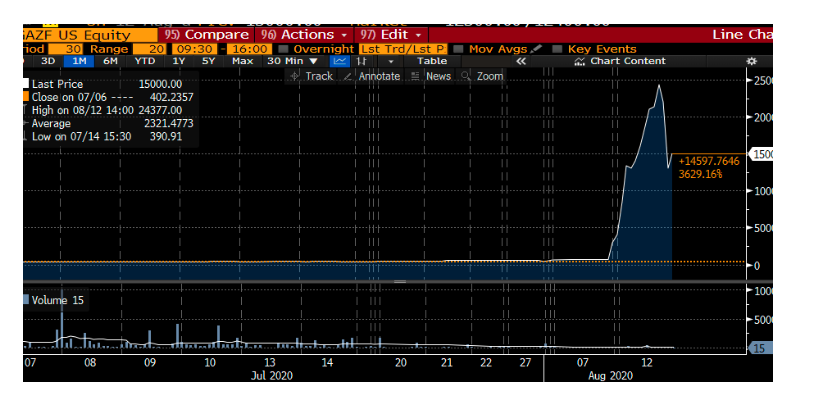 When an exchange-traded note in a death spiral was taken off the exchange where it traded, someone may have seen an opportunity to put the screws on a short seller. Read More...

A high drama is playing out in a small corner of the financial markets right now, in perhaps the last place any ordinary investor — or Hollywood producer — might think to look.

While many of the details are knee-high in financial markets jargon, from short covering to triple leveraged exchange-traded notes, some observers think there’s a fairly straightforward story to be told about the dangers for investors in unregulated segments of the market – especially when coupled with risky trades.

In this case, a wrong-way bet that might have worked itself out over a few weeks or months ran — or was forced — out of time. About $2 billion has been lost, according to one estimate. And one observer thinks much of the situation was manipulated, perhaps by someone seeking revenge.

At the center of it all is an arcane product called an exchange-traded note. Despite the similarity in name to exchange-traded funds, ETNs are essentially bonds, usually issued by banks. This particular note, the VelocityShares Daily 3X Inverse Exchange Traded Note DGAZF, +400.00% , was issued by Credit Suisse, and represented a bet on natural gas. It attracted investors who thought the price would go up, and those who thought the price might go down: short sellers.

DGAZF’s issuer, Credit Suisse, decided in mid-July to pull several of its ETNs from the stock exchanges on which they traded. That step isn’t too unusual, said Dave Nadig, chief investment officer and director of research at ETF Flows. Being listed on an exchange — for DGAZF, it was the New York Stock Exchange — requires paying a certain amount in fees, being responsible for certain administrative and regulatory tasks, and so on.

But when an “exchange-traded product” is no longer, well, traded on an exchange, it can wind up being problematic for investors. That’s because any tradable product that isn’t on an exchange winds up on the over-the-counter market, Nadig told MarketWatch, a process he calls “dragging a product that represents liquidity and transparency into the wild, wild west of financial markets.”

There are currently about 30 ETNs trading over the counter.

When ETNs are delisted, their value generally drops considerably, reflecting their new lack of liquidity and tradability. Still, the market-maker infrastructure that underpins the exchange-traded product world usually manages to gather much of the outstanding shares and redeem them back to the issuer in an orderly fashion.

But when Credit Suisse delisted DGAZF, things got complicated. That’s because at the time it happened, there was an outstanding short position of 130,000 shares.

Short sellers who believe the price of an asset will go down make their bets by borrowing shares of that asset from someone else. If the thesis is correct and the share price declines, the short seller can buy shares at the new, lower price and pocket the difference. But if the price goes up, the short seller gets “squeezed:” he or she must then buy back shares at a higher price.

When DGAZF got delisted, Nadig believes, someone knew who had the outstanding short position on DGAZF, and decided to squeeze them.

That happened on trades of just a handful of shares, with extremely thin volume, and for Nadig, that seemed suspicious. “The only scenarios I can imagine are just runaway algorithms, say a momentum model that’s buying and selling for no good reason — or a human being with a vendetta against a short seller.”

If that seems far-fetched, one confirmation for Nadig’s theory — and he comes down firmly on the side of the “broken human,” not “broken algo” — is that the higher price for the notes represents an opportunity for anyone truly invested in a long position to cash out of a product that’s only going to lose liquidity and value from here as trading dwindles further.

In fact, trading won’t just dwindle. On August 12, Credit Suisse announced they would call the note at the end of August. That means trading will cease altogether and holders of the ETN will get fair value as of mid-August. Meanwhile, the regulator in charge of such trading, FINRA, has halted all trading.

Creidt Suisse declined coment for this article. FINRA confirmed that “DGAZF was halted on 8/12 at 4:01 p.m. pursuant to FINRA Rule 6440/extraordinary events halts provision & factors considered” but declined additional comment. The SEC, the regulator in charge of exchanges, and the New York Stock Exchange both declined comment.

Financial-markets and exchange-traded products observers have taken to Twitter in recent days to express wonder — and anger — about what’s going on.

“Perennial volatile stocks like Tesla TSLA, +11.20% and sudden volatile stocks like Kodak KODK, -9.37% and DGAZF highlight the need for strong risk management when shorting stocks,” Dusaniwsky said. The price moves seen in DGAZF “were potential widow makers. While a long shareholder can only lose what they invested or borrowed, a short investor’s losses can technically be infinite. As we see in DGAZF and KODK these losses can be sudden and massive.”

“If you were a long holder, this is great,” Nadig said. “But if you were long, you already had an opportunity to sell for more. If it’s suspended for trading through the next two weeks, we have some interesting questions. If I’m short and I cannot buy it, I literally have no structural way to cover my short. And I have no idea what the (heck) happens then. All around the Street, there’s 130,000 shares being called back, none of which can be called back because there’s no way to purchase the shares back.”

What’s the takeaway? “This is just bananas,” Nadig said. “It should be patently illegal to send an exchange-traded product to an unregulated market. It should be illegal to suspend a listing. Delisting should mean calling the note.” 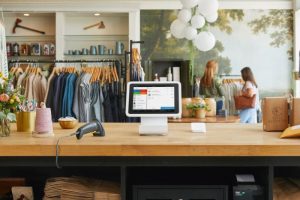 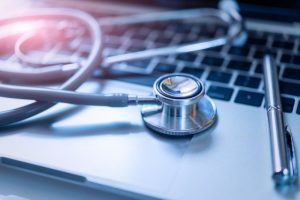 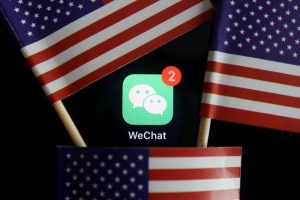