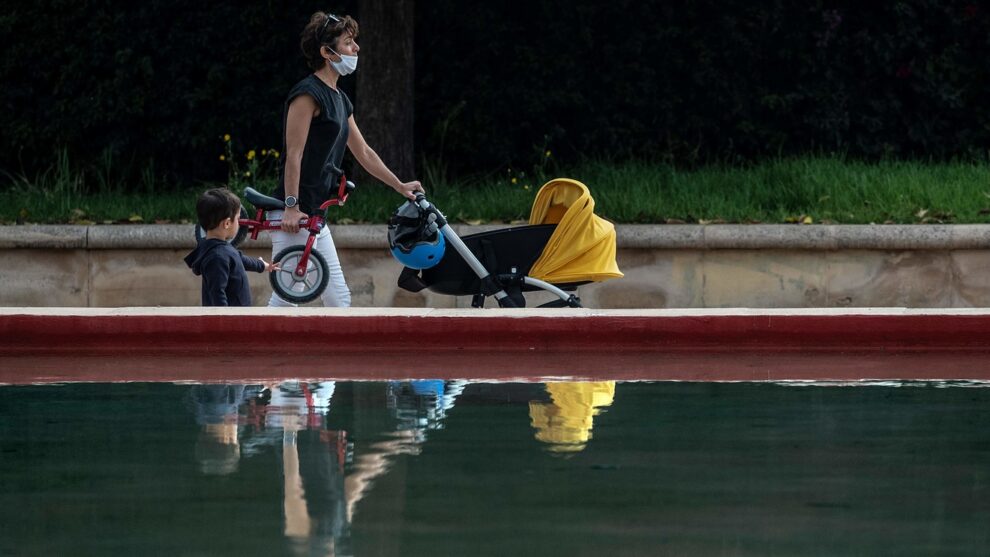 Women typically need at least one extra degree to earn as much as their male colleagues. Read More... 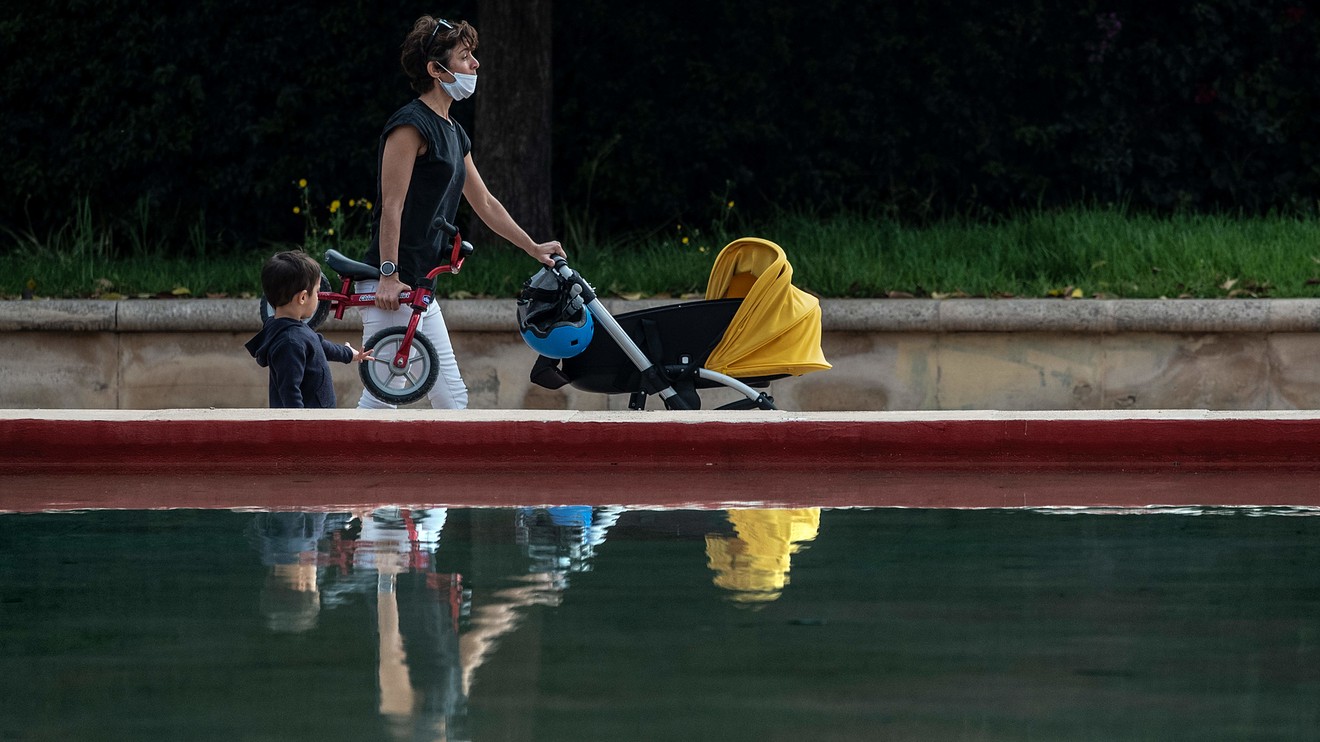 The U.S. is the only highly-developed country without a federal paid parental leave law.

This is especially critical as millions of American women face a coronavirus-induced recession that’s hit them especially hard, advocates for paid leave say. Shutdown orders and consumer anxiety have cut into the services sector, which also happens to employ more women than men.

From February to April, U.S. men lost roughly 10 million jobs, while women lost 12.1 million jobs, according to calculations from the Center for American Progress, a left-leaning think tank. Compounding that issue: Many women are stepping out of the workforce to care for their children, and supervise them in an era of remote learning and fewer child care options.

What’s more, the median annual earnings of a man with a bachelor’s degree is $74,900, compared to $51,600 for college-educated women, according to U.S. Census Bureau data cited by the Pew Research Center. And while a college degree helps to boost women’s earnings, it’s not enough to bring them up to par with men’s earnings.

Women typically need at least one extra degree to earn as much as their male colleagues. In other words — a woman with a bachelor’s degree earns about the same on average as a man with an associate’s degree.

The U.S. needs measures like a universally available child-care system to help working women — and, by extension, the nation — to recover from the pandemic’s economic consequences, according to the Institute for Women’s Policy Research. The country also needs other safety-net measures like paid sick and family leave, the organization said.

Other countries provide a test case for paid-leave policies

But other countries that have more progressive paid-leave and child-care policies have found that the gender pay gap is more deeply entrenched and harder to address than they may have thought. Case in point: Decades of paid-leave policies and child-care subsidies within Austria have done little to nudge the needle forward on equal pay for men and women, according to research released this week.

Over the years, the Austrian government started offering up to 35 months of paid leave if shared between the parents, or 28 months if used alone. It also began to subsidize child care, to the point that out-of-pocket costs for Austrian families with young children were a fraction of the costs for families in other highly developed countries.

After all that, the average earnings of Austrian women is currently 43.5% lower than men, according to the researchers who poured over data from the country’s social security agency and gauged employment rates, hours worked and wage rates.

The earnings of Austrian women would have been 41.5% lower if family policies stayed where they were in 1960, according to researchers from Princeton University, the London School of Economics, the University of Edinburgh and the University of Zurich.

The data shows a short-term dip in earnings for the Austrian women who stay out of the labor pool while they care for their young children. But when women get back to work, those wages rebound to the same earnings trajectory they were on before the left the workforce. That is, their wages did not progress significantly from when they first left the workforce.

“Our main conclusion is simple and striking: The enormous expansions of parental-leave and child-care subsidies have had virtually no impact on gender convergence,” the researchers wrote in a study released by the National Bureau of Economic Research.

Why did Austria’s progressive policies not boost women’s pay?

The answer may lie in the country’s cultural norms and expectations on a mother’s balance between child rearing and career, explained Princeton University economist Henrik Kleven, one of the study’s authors. Put bluntly: Austria is “relatively gender conservative,” he said. “As is the U.S.”

It’s a relatively easier task measuring policies and pay data compared to the ideas and expectations floating through a culture, he said. Researchers “still don’t have great understanding how norms and cultures evolve,” Kleven added.

Austrian women’s 2018 gross earnings were 14.9% less than men, according to a different measure of pay disparities from the Organisation for Economic Co-operation and Development (OECD). It was 18.5% for American women last year.

Kleven cautioned about making an “apples and oranges” comparison between Austria and the United States — especially at this point when American lawmakers and experts are grappling with just how to get the economy back on the road to recovery.

‘The model of motherhood’ is more difficult to change

Austria and America are obviously two very different societies. For one thing, Austria has an estimated 8.8 million-person population compared to 332.6 million in America. Yet a new study offers a glimpse at a common, persistent pay gap — and a suggestion that government programs can only accomplish so much.

What’s more, the “model of motherhood” might be more conservative in a country like Austria than the U.S., said Ariane Hegewisch, program director of employment and earnings at IWPR.

The cultural and economic conditions in Austria and the U.S. were “vastly different,” said Dawn Huckelbridge, director of Paid Leave for All, a campaign advocating an expansion of the laws. She advised against extrapolating the findings in Austria to the U.S. Hegewisch has one solution: “Include more men in the take up of paid leave, and reduce women’s time out from the labor market when they have kids,” she said.

Huckelbridge said how paid-leave laws are structured is obviously important, but added that it was also “important to remember there are benefits to paid leave beyond workplace advancement and wages. Infant mortality, maternal health, postpartum depression — access to paid leave improves all of these — and healthy people benefit the economy in the long term,” she said.

Workplace discrimination is also entrenched in U.S. culture, studies suggest. White men who ask for a raise are 25% more likely to get one than people of color, a study by the jobs site Payscale concluded. And yet white men believe they face an uphill battle in corporate America.

“ ‘Simply expecting people from underestimated backgrounds to ask for a raise will not close the wage gap.’ ”

— Ruchika Tulshyan, author of the study, ‘The Diversity Advantage: Fixing Gender Inequality in the Workplace’

But in sectors like computer science, women account for a small share of workers. Black and Hispanic workers make up just 9% and 7% of the STEM workforce respectively, though they account for 11% and 16% of the U.S. workforce overall.

“This report supports growing evidence that simply expecting people from underestimated backgrounds to ask for a raise will not close the wage gap,” Ruchika Tulshyan, author of the Payscale study, “The Diversity Advantage: Fixing Gender Inequality in the Workplace,” said in a statement.

If U.S. businesses changed their culture, in fact, women would be five times more likely to become leaders. That was the conclusion of a major report by Accenture ACN, +0.09%  into workplace culture in the U.S. and around the world. Accenture identified 40 factors that are statistically shown to influence advancement. They include a diverse leadership team that sets, shares and measures equality targets openly, family-friendly policies and practices, flexible work schedules and respectful policies such as not asking employees to conform to a dress or appearance code.

Accenture surveyed more than 22,000 working men and women with a college education in 34 countries — including 1,400 employees in the U.S. — to measure their perception of important issues that contribute to their workplace culture. Out of more than 200 personal and workplace factors, including policies, behaviors and collective opinions of employees, Accenture came up with a list of over a dozen factors that are most likely to affect change.

They included gender diversity as a priority for management; diversity target or goals shared outside the organization; clearly stating gender pay-gap goals and ambitions; progress in attracting, retaining and progressing women; and providing a women’s network and hat women’s network is also open to men.

Some policies are becoming more commonplace due to the coronavirus pandemic such as avoiding long-distance travel via virtual meetings and working from home when needed. Others require deeper cultural and organizational change: comfortable environment to report sexual harassment; providing training to ensure staff skills stay relevant; never asking employees to change their appearance; employees feel free to be creative and innovative; and — last but not least — encouraging men to take parental leave

Change needs to happen in school, in addition to the workplace

The battle for equal pay starts before men and women finish school. Expanding class size in science, technology, engineering and mathematics (STEM) classrooms has the greatest negative effect on female class participation, according to a 2019 study published in the peer-reviewed journal BioScience. Large classes start negatively impacting students once they consist of more than roughly 120 students, the authors found.

Women make up only 26% of people in computer and mathematical occupations, 21% of computer programmers and 16% of those in architecture and engineering, according to the Bureau of Labor Statistics. Meanwhile, STEM careers are some of the most lucrative.

The researchers collected student data from 44 courses, with participating institutions including Cornell University, the University of Minnesota and American University in Cairo, Egypt. They analyzed more than 5,300 instructor-student interactions in STEM courses over two years, measuring female participation.

Even when women do set their sights on male-dominated, well-paying fields, they can face challenges breaking through. Middle-school girls scored better on an assessment of their science, technology, engineering and math (or STEM) skills, and yet by the time they’re teenagers they’re less likely to pursue a career in STEM.

One reason: There are few female scientist role-models on television and elsewhere. It’s also likely because women who do enter these fields report experiencing insulting, condescending and patronizing behavior. “Part of why you’ve got occupational segregation is because women face such hostility in those occupations,” Chandra Childers, a study director at the Institute for Women’s Policy Research, a Washington, D.C.-based think tank, told MarketWatch.

In addition, to occupational segregation, college-educated women are more likely to face situations where bias can seep in, Childers said. For example, a boss may have more discretion in handing out lucrative assignments, awarding raises and providing feedback.

These increased opportunities for discretion mean that the wage gap between college-educated men and women is actually larger than between male and female workers without a bachelor’s degree.

(Jillian Berman and Meera Jagannathan contributed to this story.) 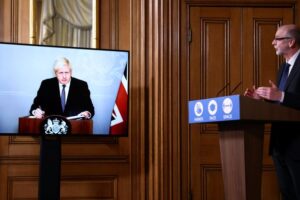 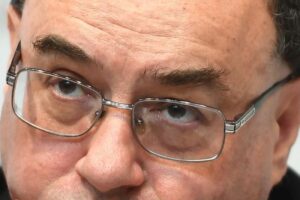 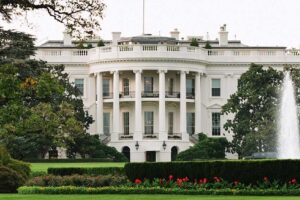 Americans pay more for prescription drugs than anyone else. Can Amazon Pharmacy change that?
IRS has 1 million unprocessed returns and 3 million pieces of unopened mail after COVID-19 wreaked havoc on tax season
Comment

Deep Dive: Looking for another Apple or Amazon? These stocks have one important thing in common with tech’s big winners

1 out of 6 home buyers get down payment assistance from the seller. Here’s what that tells us.

Johnson Says U.K. ‘Not Out of the Woods’ With Pubs Set to Open