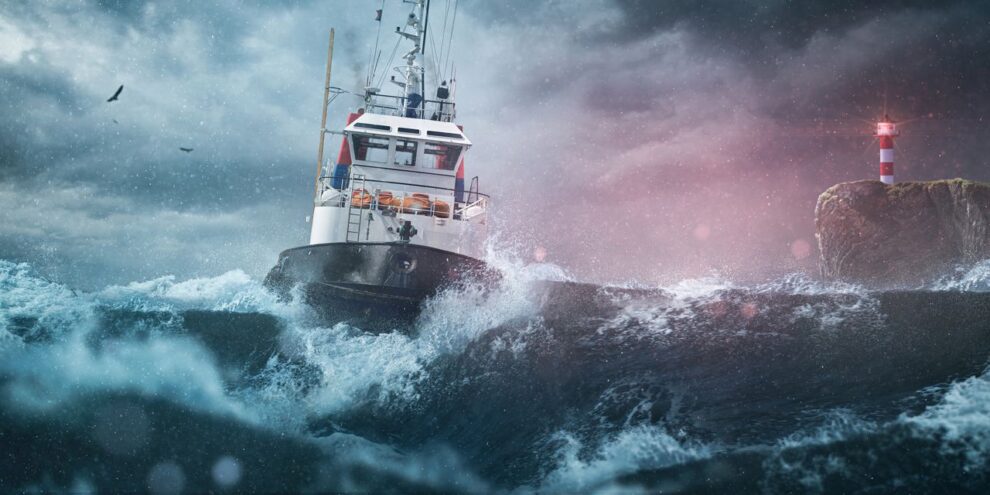 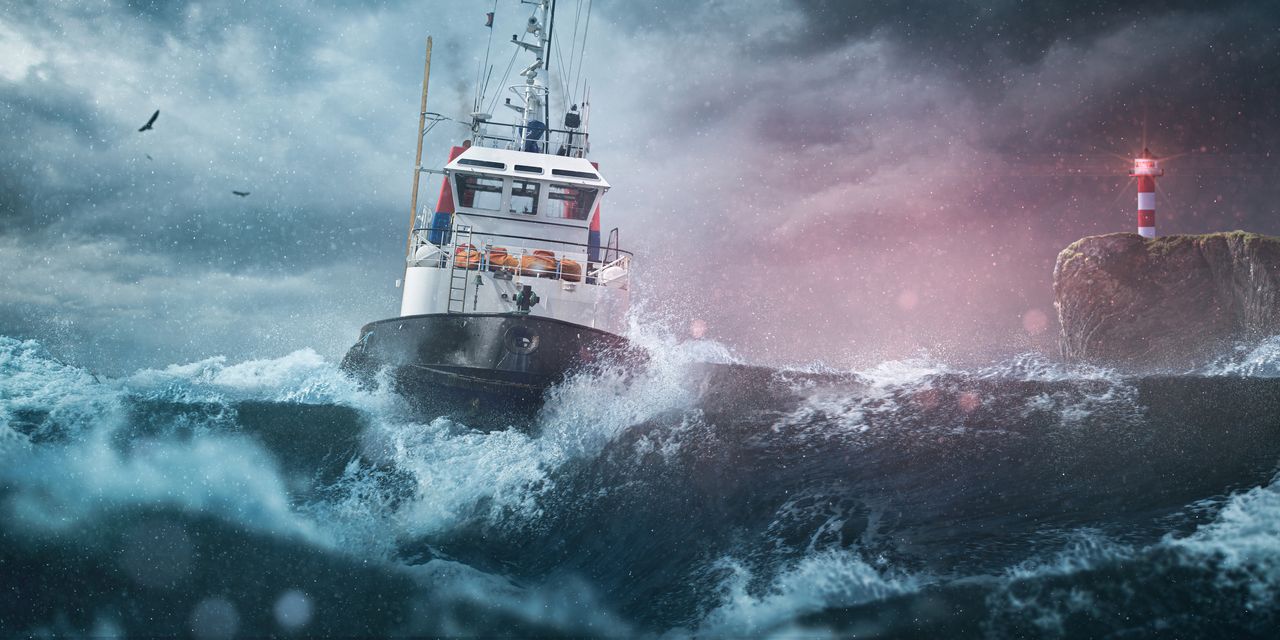 For help on how to navigate these troubled waters, it pays to check in with a bond manager who knows how to play the game. Consider Ken Orchard, the portfolio manager of the T. Rowe Price Global Multi-Sector Bond Fund PRSNX, -0.09%.

Not only does he have a great record, which tells us he knows the space well. His fund’s “go anywhere” mandate means he can share lessons and insights on fixed-income investing from around the world—for those who want to take advantage of investment opportunities abroad. Otherwise, you could just own his fund.

I recently caught up with Orchard for a quick tutorial on bond investing in these difficult times, and here are five key lessons on how to beat the markets in fixed-income investing.

This is harder than it sounds because like generals, investors often fight the last war. I’m sure I’m not the only one who remembers people losing a lot of money shorting Alphabet GOOGL, -0.92% after it came public in 2004 because the tech sector had just blown up a few years before.

Now investors and economists are making the same mistake with inflation. Mindful that deflation was the troubling conundrum of the past decade, a lot of economists complacently forecast inflation will fade in about a year.

No such luck, says Orchard. He says inflation will stay higher for longer. He is worth listening to because of his fund’s record. It beats its world-bond-fund category by 4.6 percentage points annualized over the past three years, according to Morningstar. The fund beats its Morningstar global-bond index by a similar amount.

Orchard thinks U.S. inflation will run at 3% to 4% a year over the next five years, and that other developed economies will see similar trends. Why? It’s not just the near-term issues of supercharged demand juiced by stimulus, and all the supply-chain problems. Step back, and you see that many macro forces that had been pushing down prices down are wearing off.

A big one was globalization. This allowed cheap foreign labor to reduce the price of goods. But given the rising geopolitical tensions, we are beyond peak globalization, says Orchard. Many companies are moving factories back to the U.S.

Next, the aging of the population was often cited as a megatrend putting downward pressure on prices because older people buy less stuff. But now, the same aging trend has older people leaving the workforce in big numbers. This tightens labor markets, putting upward pressure on wages. “We expect wage growth will stay relatively robust because labor markets will be tight almost everywhere in the world,” says Orchard.

Third, consider productivity gains inside companies. They’re supposed to help contain price increases. This seems obvious, because companies are increasing capital spending by a lot. More spending on labor-saving technology and equipment helps companies produce more per worker. These productivity gains ease pressures on companies to pass cost increases to customers. But this will take a while to play out, says Orchard. In the meantime, those capital-spending increases boost demand, putting more upward pressure on prices.

Orchard says many economists are getting the inflation forecast wrong because their models rely too much on simple mean reversion—another way of saying they are fighting the last war, (still fixated on deflation).

So, how to make money in fixed income in the coming inflation era? Own inflation-linked bonds, called Treasury inflation-protected securities (TIPS) in the U.S. These bonds offer adjustable payouts that go up as inflation increases. His fund owns these instruments in the U.S., Germany, Canada, the U.K. and Japan. His fund started buying these in the spring of 2020 it is continues to build these positions.

2) Be where the puck is going, not where it is

This famous line from hockey great Wayne Gretzky is often cited by investment managers as a lesson in forward thinking. Here’s how Orchard applies this now in the bond markets.

Unlike the Fed in the U.S., many central banks in places such as Chile, Mexico and in central and Eastern Europe have already been hiking interest rates aggressively. This has sparked a panic among fixed-income investors and an exodus from bonds. The reason is central bank rate hikes typically hurt bonds. Bond prices have to fall so that bond yields keep up with rising rates imposed by central banks.

Consider the yields on 10-year bonds in Chile, for example. They have risen to 5.8%–a lot more attractive than the 1.43% yield offered by 10-year bonds TMUBMUSD10Y, 1.513% in U.S. In the same theme, Orchard’s fund owns bonds issued by the governments in Mexico and the Czech Republic, according to the latest fund filings.

These are all bets that the damage from the central-bank rate hike cycles in these countries is mostly already priced in, which suggests conditions can only improve as these fears wear off. In that scenario, these bond prices will rise. “You can’t make money playing the current macro environment. You need to know what that market going to be thinking about in six months’ time. Where you make money is in those shifts,” says Orchard.

3) Bet against the crowd

A lot of people are drawn to contrarian-style value investing in theory. But then they have trouble buying bonds or stocks in companies surrounded by a lot of uncertainty or complexity—the very things that make these assets look like a bargain in the first place. They need to learn that “cheap doesn’t come with a bow on top,” says Orchard. This is a good reminder.

If you wait for the issues to go away, the discounts will have vanished. “You have to take risks as an investor,” he says.

For Orchard, right now that means buying bonds of companies in China’s troubled property sector. It’s plagued by worries about bankruptcies following a sector bubble that had developers borrowing too much money to build too much.

“There has been a huge amount of volatility and uncertainty,” says Orchard. He thinks China’s government will come through with enough stimulus and regulatory changes in the sector to shore up troubled companies in the space. He declines to offer names of property companies he favors the most.

4) Own the debt of countries with old-school central banks

Many developing countries around the world look like the U.S. and European nations of yore in that their central banks have not resorted to quantitative easing (QE). In QE, central banks buy huge amounts of government debt to keep interest rates low and inject money into the economy. This suppresses yields on government debt, often turning yields negative in countries using QE.

But that’s not the case in Malaysia, for example, which rejects QE in favor of more traditional monetary policy. Long bonds yield 4.4% while inflation is around 2% to 2.5% so you get a real yield of 2% to2.5%. “We like to look for countries that look like developed countries did 30 or 40 years ago.” Another example is Israel.

You won’t get every trade right. It’s better to acknowledge this and move on rather than dwell on mistakes, which can create a distraction and keep you from improving. If you find this happening to you—and we’ve all been there—turn the screens off and take break so you can regroup mentally. “You can’t get it right every time,” he says.

Michael Brush is a columnist for MarketWatch. At the time of publication, he owned GOOGL. Brush has suggested GOOGL in his stock newsletter, Brush Up on Stocks. Follow him on Twitter @mbrushstocks