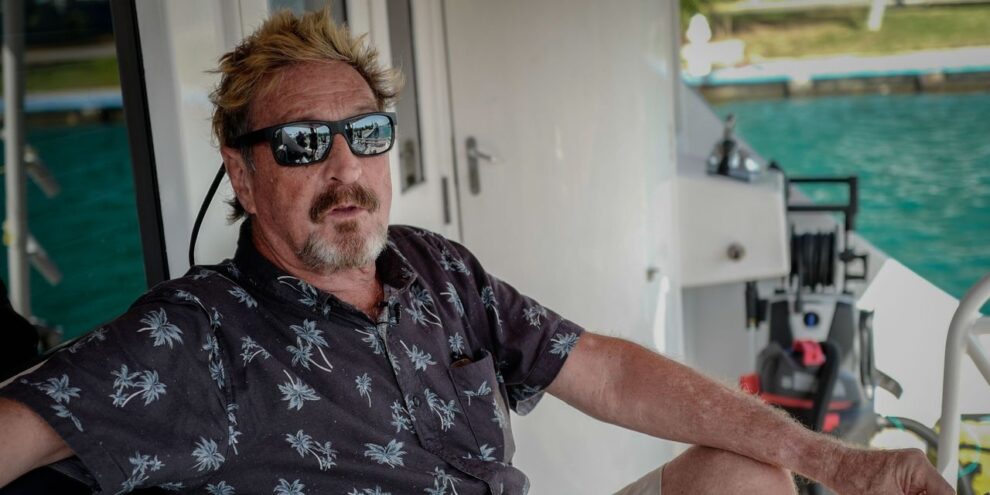 A year after John McAfee died in a prison cell in Barcelona, his body remains in a Spanish morgue. Read More... 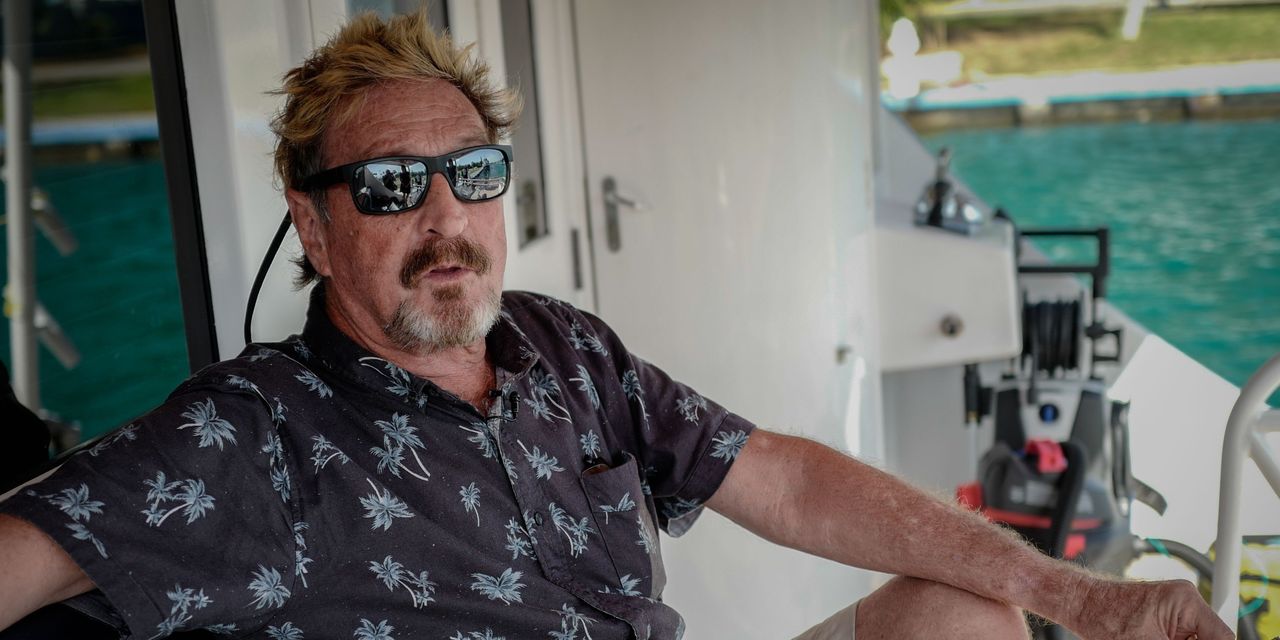 A year after John McAfee died in a prison cell in Barcelona, his body remains in a Spanish morgue.

“This has been one of the longest years of my life. I would not wish this journey on anyone,” Jen McAfee, John’s daughter, told MarketWatch in a message.

Mysterious circumstances continue to surround the death and remains of John McAfee, a cybersecurity pioneer who spent his final years in controversy, including being implicated in at least one homicide. He was found dead in a Spanish prison cell on June 23, 2021, while awaiting extradition to the U.S. on federal charges of fraud, money laundering and tax evasion.

Spanish authorities have moved at a glacial pace to issue a death certificate — it took them 11 months — and to come to a decision on what to do with his body. For now, his remains are apparently still in storage somewhere near Barcelona.

“It’s been an unfathomable delay,” Joy Athanasiou, Jen McAfee’s attorney, added. She said she has not talked to the Spanish court since February.

Spanish authorities indicated early this year that a final decision on the status of McAfee’s body would come this year after Janice McAfee, John’s widow, appealed the February decision by a Spanish judge who ruled McAfee’s death a suicide. The delayed autopsy report came about 10 days after a MarketWatch report on the impasse over John McAfee’s remains.

“It’s infuriating… it makes absolutely no sense… it is inexcusable… There is no reason there should be so many delays,” Janice McAfee said at various points in a podcast in late May.

“I mean, it could be just incompetence on behalf of the Spanish [authorities], but I just feel that there may be something more sinister that’s happened here,” she said.

Previously: McAfee’s body could stay in Spain for up to eight more months

For nearly a year, lawyers for John McAfee’s daughter and ex-wife have attempted to gain release of his remains. An initial autopsy report ruled his death as suicide, and a Spanish court upheld that finding.

Death certificates issued by the Spanish government and the State Department’s Foreign Service Report of Death on May 4 did not stipulate cause of death. MarketWatch obtained and viewed both documents.

But it is unclear if the autopsy was overseen by a coroner, and the Spanish court’s already notoriously slow process was further slowed by the COVID-19 pandemic’s effects. Janice McAfee’s counsel added to the delay by appealing the autopsy investigation.

“If there were any credibility to that suicide story, then why are they not allowing us to have an independent autopsy? Why can’t we get their autopsy report?” Janice McAfee said in the podcast interview with YouTube channel Rice TVx. She and her attorney have long requested an independent autopsy.

In the podcast interview, Janice McAfee said she viewed John’s corpse at the morgue shortly after his death, but only saw his head. The rest of his body was covered by a sheet, she said. To this day, she steadfastly argues John was murdered while being held in a prison near Barcelona, after being arrested by Spanish authorities in accordance with a request by the U.S. Justice Department, which sought extradition.

Read more: ‘His end is a void of unknown’ — John McAfee’s body is stuck in a Spanish prison morgue as a fight rages over his legacy

“I beg the court to please order the immediate release of my father’s remains and allow us to grieve,” she told MarketWatch in a message.

The conflicting views between the two McAfee camps over John’s death highlights a longstanding feud over his legacy. While Jen McAfee seeks a resolution to the controversy in Spain from the U.S., Janice McAfee remains in the country, sharing her conspiracy theories with some media members.

One thing they agree on is that it is time for closure to a year-long odyssey of strangeness.

An online petition requesting McAfee’s body be returned to his widow, Janice, was established in May with the goal of collecting 100,000 signatures to “shed light” and provide a “conclusion for the mysterious circumstances surrounding the demise of the founder of McAfee Anti-Virus.” So far, it has 1,227 signatures.

For now, both families await word from Spanish authorities on the status of John McAfee’s remains — a dramatic postscript to a life mired in controversy and mysterious circumstances.

“We all know [John] used dramatization to his advantage,” Janice McAfee said in the podcast last month.