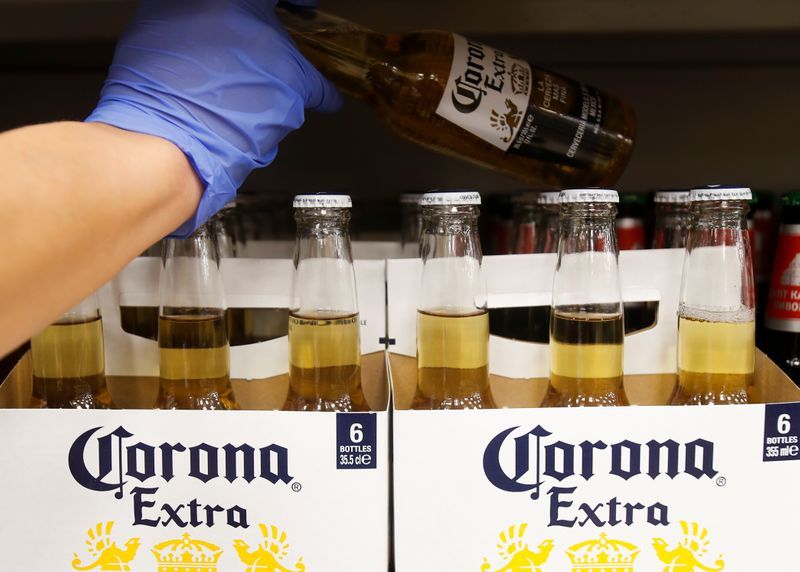 The Mexican arm of drinks company Anheuser-Busch InBev accused U.S. firm Constellation Brands in a lawsuit filed on Monday of breaching a deal on the use of the Corona brand name by applying it to a product other than beer. Constellation has used the name for its Corona Hard Seltzer, a sparkling water with alcohol and flavouring, one of several seltzer drinks that have become very popular in the United States. The case is the latest in an increasingly competitive and litigious U.S. brewing market. Read More... 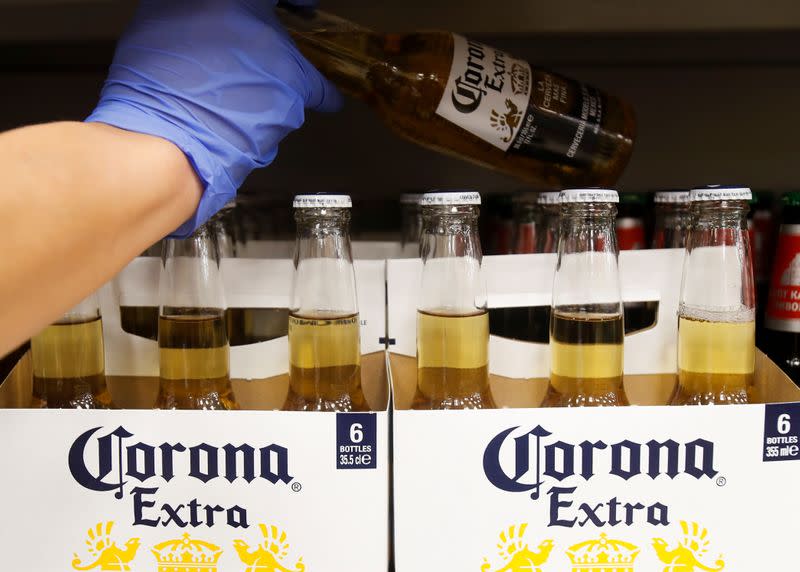 TEL AVIV, Israel — Dr. Anthony Fauci has won the $1 million Dan David Prize for “defending science” and advocating for vaccines now being administered worldwide to fight the coronavirus pandemic. The Israel-based Dan David Foundation on Monday named President Joe Biden’s chief medical adviser as the winner of one of three prizes. It said he had earned the recognition over a lifetime of leadership on HIV research and AIDS relief, as well as his advocacy for the vaccines against COVID-19. In its statement, the private foundation did not mention former President Donald Trump, who undermined Fauci’s follow-the-science approach to the pandemic. But it credited Fauci with “courageously defending science in the face of uninformed opposition during the challenging COVID crisis.” “As the COVID-19 pandemic unraveled, (Fauci) leveraged his considerable communication skills to address people gripped by fear and anxiety and worked relentlessly to inform individuals in the United States and elsewhere about the public health measures essential for containing the pandemic’s spread,” the foundation’s awards committee said, praising Fauci for “speaking truth to power in a highly charged political environment.” Fauci, 80, has served seven presidents and has been the director of the National Institute of Allergy and Infectious Diseases since 1984. In recent interviews, Fauci has acknowledged that it was difficult at times to work for Trump, who repeatedly played down the severity of the pandemic, dismissed the need for mask-wearing and often touted unproven scientific remedies, including injecting disinfectant. Trump resented Fauci’s flattering press coverage and reveled in calls to “Fire Fauci!” at some of his rallies. But Fauci outlasted Trump, who lost the November election. “It was very clear that there were things that were said, be it regarding things like hydroxychloroquine and other things, that really was uncomfortable because they were not based in scientific fact,” Fauci said at a recent White House briefing. He added that he took “no pleasure” in having to contradict the president. Biden’s election, Fauci said, was “liberating.” The Dan David Prize, established in 2000, gives $1 million awards in three categories each year for contributions addressing the past, present and future. Fauci won the prize for achievement in the “present,” in the field of public health, the foundation said. Professors Alison Bashford, Katharine Park and Keith Wailoo, working in the field of history and health medicine, won the “Past” category. The pioneers of an anti-cancer immunotherapy, professor Zelig Eshhar, Dr. Carl June and Dr. Steven Rosenberg, won the “Future” category. The foundation is based at Tel Aviv University, where it provides grants to a number of programs in the humanities and social sciences. The foundation sets aside 10% of the prize money for scholarships. Foundation Director Ariel David, son of the prize founder, said this year’s laureates “have probed how humanity has dealt with sickness and pandemics throughout history; they have provided relief, guidance and leadership in dealing with current outbreaks … and they are at the forefront of discovering new treatments that give us hope for the future in the ongoing battle against cancer and other diseases.” Previous recipients of the Dan David Prize include former U.S. Vice-President Al Gore, former British Prime Minister Tony Blair, cellist Yo-Yo Ma, novelist Margaret Atwood, Wikipedia co-founder Jimmy Wales and filmmakers Joel and Ethan Coen. ___ Follow Kellman on Twitter at: http://www.Twitter.com/APLaurieKellman. Laurie Kellman, The Associated Press

Key Words: Pelosi says censure is no substitute for impeachment-trial conviction after Senate’s second Trump acquittal
Where Should I Retire?: A Roman goddess inspired this couple to leave Seattle and retire to Italy, where you can live on $3,000 a month
Comment