In a move to be more inclusive of transgender and nonbinary performers, some awards no longer put men and women in separate acting categories. Will the Oscars, Emmys and Tonys eventually follow suit? Read More... 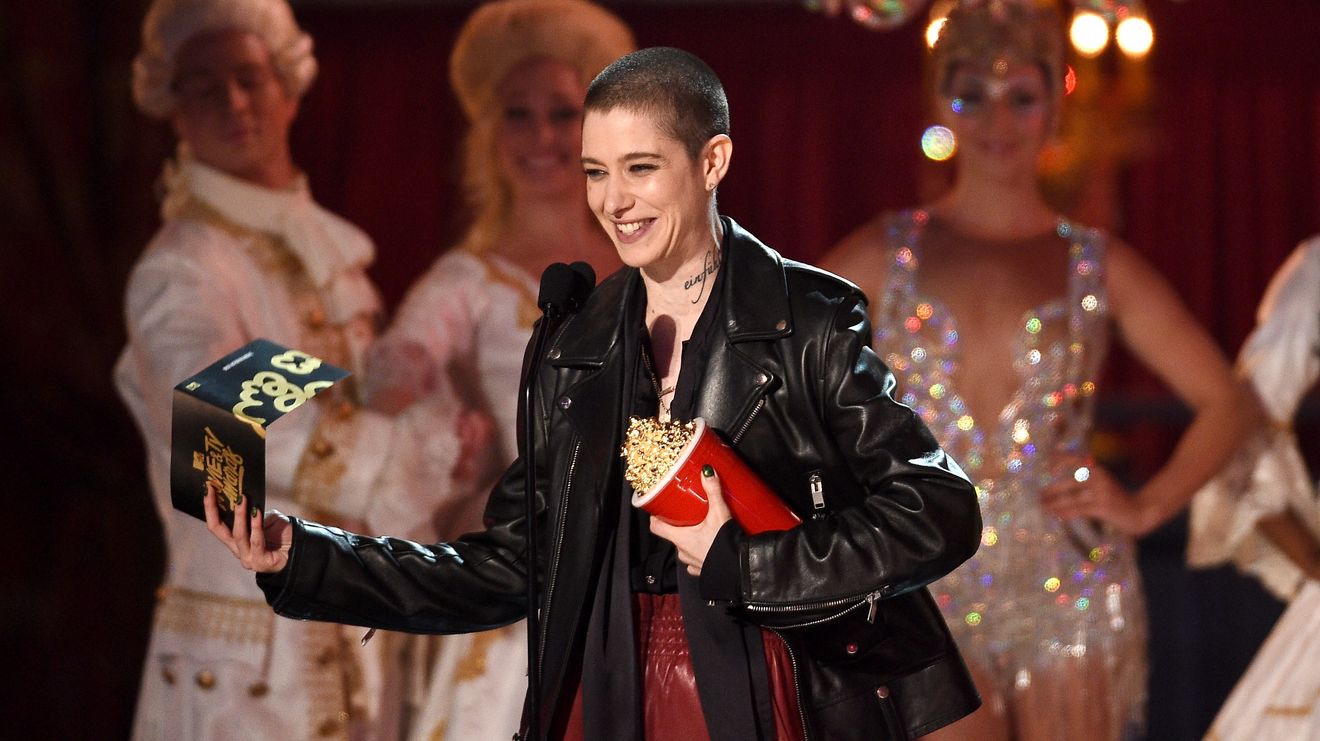 For film, television and theatre stars, there can be no greater achievement than winning an acting award — say, an Oscar, Emmy or Tony. But the matter of gender has been inextricably tied to these industry honors, in the form of separate categories for best actor and best actress.

Now, in an era of growing awareness and inclusivity of the transgender community, some say it’s time to remove the labels in favor of a gender-neutral category for performers.

Indeed, in the past few months, two awards programs have announced plans to do just that: The Gotham Awards, which recognizes the best in independent film and television, will make the change with its 2021 event scheduled for later this month in New York. And the Lucille Lortel Awards, which honors achievement in New York’s Off-Broadway community, will go gender-neutral starting in 2022.

Peppermint, a performer who broke ground as the first transgender woman to star in a principal role on Broadway when she appeared in the musical “Head Over Heels” a few seasons ago, said awards programs simply have to change with the times. She said she supports the move to gender-neutral categorization.

“Gay people, trans people and a host of other types of people exist,” Peppermint told MarketWatch. “The award shows need to reflect what’s going on in society.”

George Forbes, the executive director of the Lortel program, said discussions about the change were set in motion several years ago and were fueled by gender-fluid performers who felt they shouldn’t be forced to identify as male or female in order for their work to receive recognition. Ultimately, the program agreed, with Forbes noting that the craft of presenting work onstage isn’t defined by gender but by the skill of the artists involved.

“Acting is acting,” he told MarketWatch.

To that end, Forbes noted that gender distinctions aren’t made in other industry award categories, such as directing, choreography and design. “Why should performing awards be treated differently?” Forbes asked.

Other awards programs have also made the change to gender-neutral acting categories — most notably MTV’s Movie & TV Awards, which did so in 2017.

Some in the show-business world say it’s possible that the big three awards — the Oscars, Emmys and Tonys — will eventually follow suit. But change is still far from guaranteed since there’s plenty of history in the industry of doing things a certain way, entertainment professionals say.

“These other organizations have been around a long time,” said Jeffrey Sharp, the executive director of the Gotham Film & Media Institute, which produces the Gotham Awards. But, Sharp added, “We’re looking forward to progress of all kinds.”

“‘I’d like to know if in your eyes “actor” and “actress” denote anatomy or identity and why it is necessary to denote either in the first place?’”

Ben Travers, the deputy editor for TV at the entertainment publication IndieWire, said that he sees a strong chance of at least the Emmys going to gender-neutral categories, noting the awards program’s history of adapting rules.

“I do believe change is not only possible, but on the horizon,” he recently wrote.

A spokesperson for the Television Academy, the organization behind the Emmys, said, “Though we do not anticipate merging the various actor/actress award categories for the upcoming eligibility period, the Television Academy celebrates inclusiveness and always welcomes dialogue on the subject.”

Similarly, a spokesperson for the Academy of Motion Picture Arts and Sciences, which runs the Oscars, said conversations around representation and inclusivity are ongoing.

Certainly, many performers continue to speak out on the issue of rethinking awards categories currently based on gender. One of the most vocal has been Asia Kate Dillon, a gender nonbinary performer who plays a gender nonbinary character on the hit Showtime series “Billions.”

When Dillon, who uses they/them pronouns, was being submitted by Showtime for Emmy consideration, they challenged the Television Academy about the gendered categorizations. “I’d like to know if in your eyes ‘actor’ and ‘actress’ denote anatomy or identity and why it is necessary to denote either in the first place?” Dillon wrote in a letter to the academy.

Ultimately, Dillon chose to be identified as an actor because the term is a more generic one often used to categorize performers of both genders. Dillon didn’t end up earning an Emmy nomination, but has earned nominations — for supporting actor — with other awards programs.

Arguments have been made for keeping the gendered categories as they are. Chief among them: concern that if best-actress categories are eliminated in favor of gender-neutral alternatives, “there’s the very real possibility that men would end up dominating the slates,” as one writer for The Atlantic noted.

Many in the entertainment industry point to the fact that women haven’t received as many nods as men in other non-gendered categories, such as best director. (Even then, it wasn’t until 2010 that a woman won an Oscar for best director — namely, Kathryn Bigelow for “The Hurt Locker.”)

Some in the industry also are concerned that eliminating gendered categories means fewer possibilities for performers to win recognition — and it’s such recognition that’s often critical to propelling careers forward.

Still, awards programs that have moved to gender-neutral categories say they don’t want to limit opportunities for honoring talent, and have created new awards as a result. Certainly, that is true for both the Gotham and Lortel awards — for example, the latter added an award for best ensemble.

“It was absolutely something we did in order to not impact negatively the amount of recognition” given to performers, Forbes said.

Why some business leaders are ‘missing the point of America’
The Metaverse, Commerce Anarchy and Tech’s Long Road
Comment

Why Shares of Walmart and Microsoft Are Rising Today

More Than You Know: Innovation