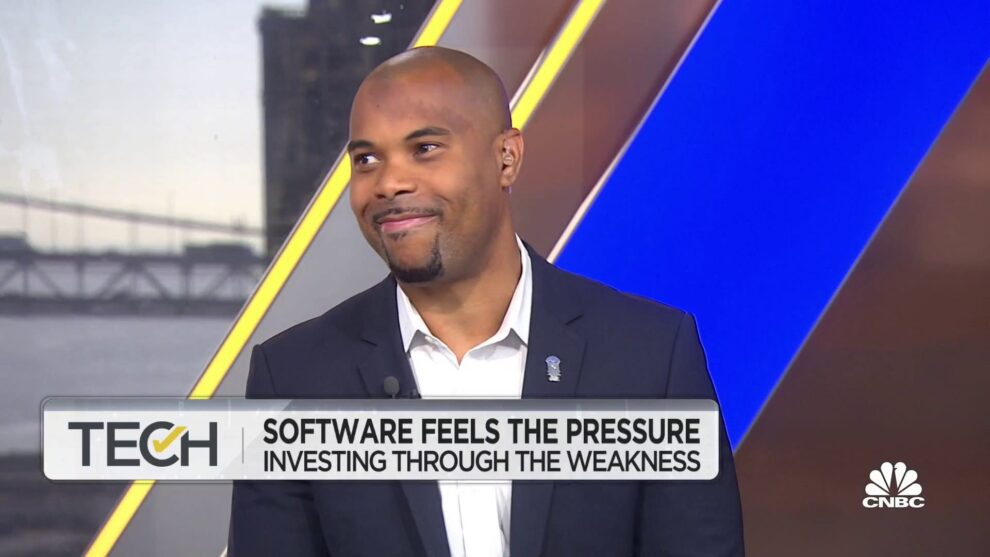 Adobe CEO Shantanu Narayen says the company's success continues, but it's not immune from fluctuation in currencies. Read more...

Adobe shares rose as much as 4% late on Tuesday after the software maker issued guidance for the next fiscal year that fell short of expectations, but blamed some of the shortfall on a stronger dollar and unfavorable foreign exchange rates.

For the 2023 fiscal year, Adobe called for $15.15 to $15.45 in adjusted earnings per share on $19.1 billion to $19.3 billion in revenue, while reaffirming guidance for the 2022 fiscal year, according to a statement. The forecast excludes impact from its planned $20 billion acquisition of design software startup Figma, which is expected to close in 2023. Analysts polled by Refinitiv had expected adjusted earnings of $15.53 per share on $19.82 billion in revenue.

But foreign-exchange rates, which have battered results in technology and other industries, are expected to pull down Adobe’s revenue growth by 4 percentage points, the company said. The estimate implies 9% revenue growth for the next fiscal year. In the quarter that ended on Sept. 2, revenue grew 12.7%.

The Creative portion of Adobe, which includes Creative Cloud design software subscriptions that account for 59% of total revenue, enjoyed record customer retention, Dan Durn, the company’s finance chief, told analysts last month. In the quarter, 59% of revenue came from the Americas, up from 57% in the year-ago quarter.

Adobe said its estimates do factor in macroeconomic conditions, which have brought longer sales cycles for some other technology companies in the past few months, including Qualtrics and Tenable.

“Adobe’s continued success in this uncertain macroeconomic environment underscores that our solutions are mission-critical to a growing universe of customers,” CEO Shantanu Narayen was quoted as saying in the statement.