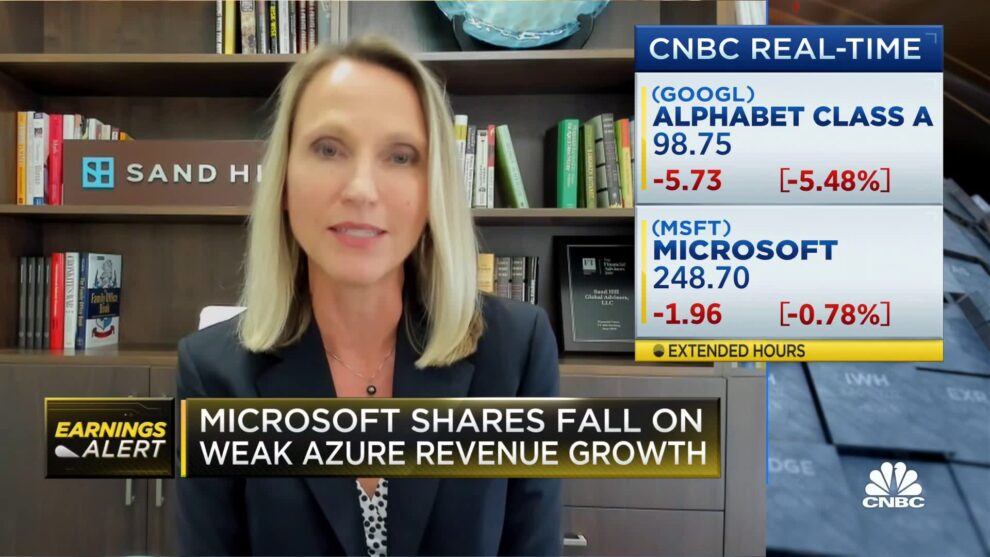 Alphabet reported its weakest revenue growth since 2013 in its third-quarter earnings statement on Tuesday. Read more...

Alphabet shares dropped more than 7% in extended trading on Tuesday after the company reported weaker-than-expected earnings and revenue for the third quarter and said it would significantly decrease headcount growth.

Revenue growth slowed to 6% from 41% a year earlier as the company contends with a continued downdraft in online ad spending. Other than one period early in the pandemic, it’s the weakest period for growth since 2013.

YouTube ad revenue slid about 2% to $7.07 billion from $7.21 billion a year ago. Analysts were expecting an increase of about 3%. Alphabet reported overall advertising revenue of $54.48 billion during the quarter, up slightly from the prior year.

Philipp Schindler, chief business officer for Google, said the company saw a pullback in spend on search ads from certain areas such as insurance, loans, mortgage and cryptocurrencies.

The report marks an ominous start to Big Tech earnings week for investors focused on the digital ad market. Last week, Snap issued disappointing results and said it was unable to provide a forecast given the volatility in spending and concerns about the economy. Snap plummeted 28% on Friday following the numbers. Meta is scheduled to report results on Wednesday, and analysts are expecting a second straight quarter of declining revenue.

The company’s stock fell below $97 after hours. Its lowest close for the year was $95.65 on Sept. 30. Prior to the after-hours drop, Alphabet shares were down 28% for the year, slightly underperforming the Nasdaq.

Alphabet’s top executives referenced the challenges the company faces at the top of Tuesday’s earnings release. CEO Sundar Pichai said in the statement that the company is “sharpening our focus on a clear set of product and business priorities,” while Ruth Porat, the finance chief, said “we’re working to realign resources to fuel our highest growth priorities.”

Pichai enacted some cost-cutting measures across the company, citing economic challenges, including a potential recession, soaring inflation, rising interest rates and tempered ad spending. In September, Pichai said he wanted to make the company 20% more efficient, which could include slashing jobs and product cuts.

Google also canceled the next generation of its Pixelbook laptop and cut funding to its Area 120 in-house incubator. And last month, Google said it would be shuttering its digital gaming service Stadia.

The company said it has a total full-time worker headcount of 186,779 — up from 150,028 last year. CEO Pichai said on Tuesday’s call that the fourth-quarter headcount additions will be “significantly lower” than the third quarter as the company becomes “focused on moderating operating expense growth.”

“In the fourth quarter, we expect head count additions will slow to less than half the number added in Q3,” Porat said. “Our actions to slow the pace of hiring will become more apparent in 2023,” Pichai reiterated from the second quarter call.

“Talent is the most precious resource,” Pichai said.