(Bloomberg) -- Alphabet Inc. said it will create a bonus program for senior executives that’s partly based on their performance in supporting environmental, social and governance goals.The program will begin in 2022, the company’s Chairman John Hennessey wrote in an annual proxy filing. ESG goals “have long been a key part of Alphabet and Google’s work,” he added in a letter to shareholders. The Google parent company will hold its annual meeting on June 2.Hennessey also addressed diversity and workplace harassment in the letter, saying the Alphabet board agreed on a series of “principles and improvements” that incorporated input from employees and stockholders. That included the creation of a new Diversity, Equity, and Inclusion Advisory Council, which comprises senior company executives and external experts in the field.“The Board also now reviews the effectiveness of our sexual harassment and retaliation prevention programs, and proposed changes, on a quarterly basis,” Hennessey wrote.Alphabet also disclosed business transactions with companies affiliated with Google founders Sergey Brin and Larry Page. From the start of 2020 through March 31, 2021, it charged LTA Research & Exploration LLC, owned by an entity affiliated with Brin, approximately $3.5 million.In the same time frame, it charged Kitty Hawk Corp. $1.9 million in rent and operating expenses to occupy two buildings in Mountain View, California, and Wisk Aero LLC $616,000 to occupy a third. Both companies are affiliated with Page, according to the proxy filing.For more articles like this, please visit us at bloomberg.comSubscribe now to stay ahead with the most trusted business news source.©2021 Bloomberg L.P. Read More... 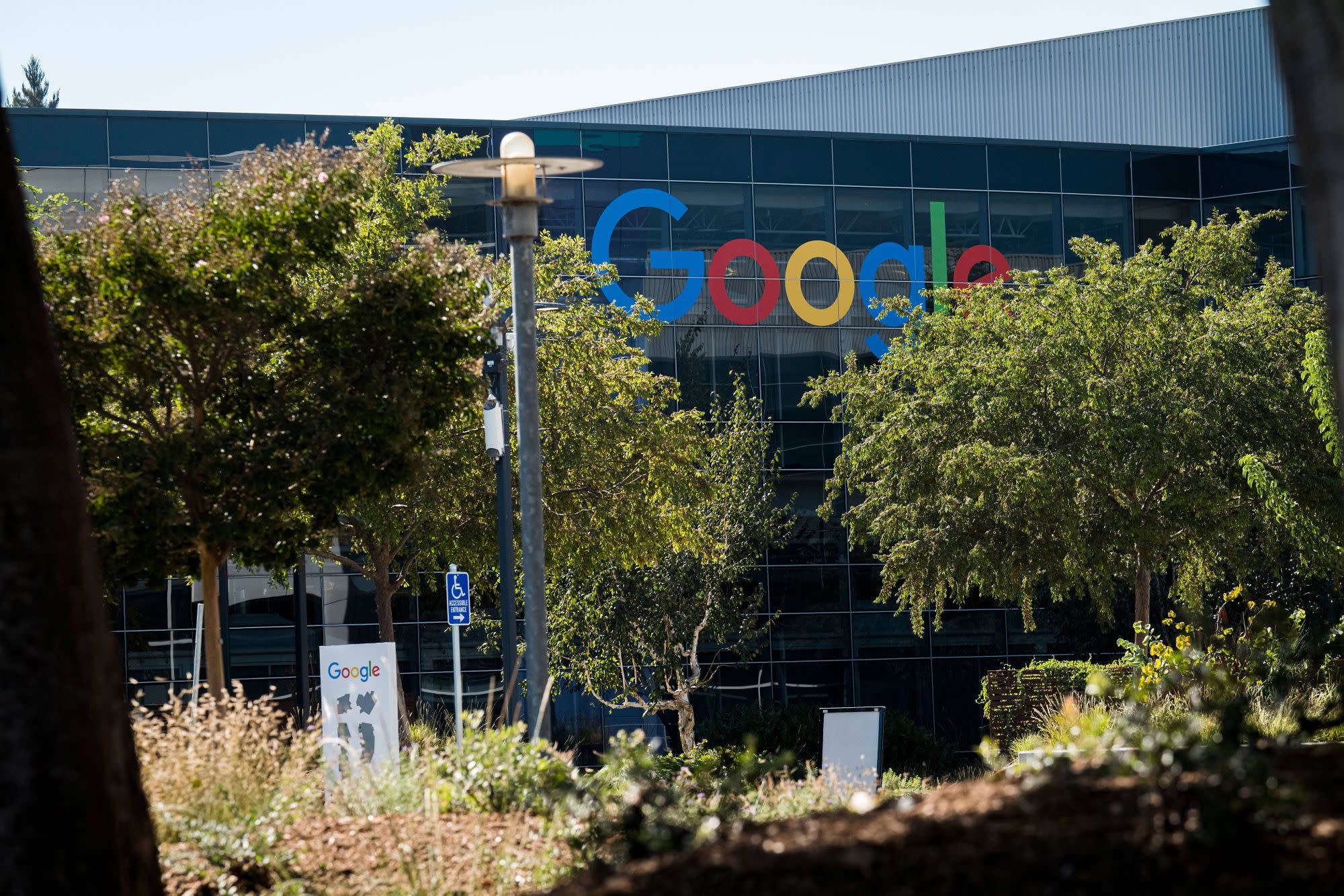 (Bloomberg) — As lawmakers wrangle over President Joe Biden’s latest trillion-dollar stimulus package, currency investors are already picking the winners of the infrastructure spending boom that the plan is likely to unleash.They’re focusing on countries that are major sources of the copper needed to bolster the electrical grid, the iron ore for steel rebar, and nickel for battery-powered vehicles. For those who don’t typically invest directly in metals, foreign exchange is a prime way to express these views. The expectation is that certain commodity-linked currencies will get an extra jolt on top of the support from the broader reflation trade that’s dominated markets for months.With the president’s $2.25 trillion framework in mind, Tom Nakamura of AGF Management says he’s adding Canadian dollar exposure, while Jack McIntyre at Brandywine Global Investment Management is gaining confidence in his firm’s holdings of currencies such as Canada’s and Chile’s. Peter Azzinaro at Manulife Investment Management, meanwhile, who already likes the loonie and the Australian dollar, says he’s also starting to look at the Chilean peso.Biden’s proposal still faces steep challenges, and Republicans have countered with a much smaller offer. But early assessments are already forming in currencies, where investors are looking past the potential drag on growth from tax hikes in the plan. Instead, they’re focusing on its potential to bolster economies across much of the commodity-producing world, with Europe and Asia also eyeing infrastructure improvements.“Investors are not only banking on the global recovery trade, but they are also looking at a longer pipeline of infrastructure spending,” said Amarjit Sahota, a currency strategist and executive director of foreign-exchange services provider Klarity FX. “They’re getting more stubborn in holding those positions and aren’t letting go.”Of course, sussing out to what degree expectations for fresh infrastructure spending are driving markets is a challenge. Exchange rates depend on a dizzying, globe-spanning array of inputs — including general risk sentiment, growth and interest-rate differentials, and these days, the relative success of vaccination campaigns.Futures EvidenceBut futures positions reflect the conviction behind the start of what’s known as a “supercycle” of demand for certain commodities, which could stretch over the next decade.Speculators that use leverage have unwound short futures positions on the Aussie since last year and have become less bearish on the loonie. Meanwhile, investors turned bullish on the Chilean peso as copper prices rose, data from that nation’s central bank show. Not all commodity currencies are benefiting, though: Futures show leveraged speculators remain bearish on the South African rand.There are other signs metals-linked currencies are getting an extra boost lately. The Canadian and Australian dollars are outperforming many major currencies this year. Meanwhile, the Chilean peso has been one of the best-performing emerging-market currencies versus the greenback of the past year, out of roughly two dozen.Question of TimingAt AGF, which oversees C$40.5 billion ($32 billion), Nakamura says he’s boosted Canadian dollar exposure over the past several months, while remaining overweight the Aussie, on the view that infrastructure spending can only be a tailwind.“One of the tricky things with trying to express opportunities on the infrastructure plan, through currencies, is getting the timing right,” he said. “It can take quite a while to get to procurement, and trying to gauge when you can expect to see the impact on those countries’ economies is quite difficult.”“But one of the appeals of commodities currencies — whether they’re from the G-10 or large parts of the emerging-market complex — is that infrastructure creates a level of support for these currencies and countries,” he said.At Brandywine, which manages about $62 billion, McIntyre says he’s grown only more committed to his firm’s holdings of currencies of energy- and metals-producing countries, like Canada and Chile, along with Brazil, Colombia, Indonesia, Norway, New Zealand and Russia, and “is not looking to fade them.”Chile is the world’s biggest producer of copper, which isn’t far from a nine-year high. Australia, another major copper producer, is also a key source of iron ore, the main ingredient in steel. Meanwhile, Canada has both copper and iron ore — along with nickel.Steel BounceWhen Biden announced his infrastructure plan on March 31, American steel prices jumped almost 6%, with U.S. producers seen as one of the biggest beneficiaries of a deal that passes.Even an infrastructure plan that comes in as low as $600 billion, roughly the amount Republicans offered Thursday, would spur an additional 30% increase in U.S. spending on metals through 2025, according to Chris Plummer, chief executive of metals and mining consulting company Metal Strategies Inc., who cited figures from Dodge Data & Analytics.At Manulife Investment, which managed C$966 billion ($773 billion) as of December, Azzinaro says he has a “favorable” view on the currencies of Canada, Australia, Mexico and New Zealand, and that he’s starting to look into Chile.A senior strategist on global multi-sector fixed income, he says his team has taken positions in those countries’ bonds and is looking to add more, expecting spreads to tighten. His group uses currencies to maximize returns, by either hedging or not hedging against the dollar, and sees all of those countries benefiting from infrastructure spending.“Infrastructure and global reflation are all interconnected, and it’s a global story with a multiyear process that we’ve become a lot more positive on,” Azzinaro said. “And right now, the currency market is connecting all the dots.”(Updates size and scope of Chilean peso in ninth paragraph.)For more articles like this, please visit us at bloomberg.comSubscribe now to stay ahead with the most trusted business news source.©2021 Bloomberg L.P.

FA Center: Bernie Madoff’s scam was hard to spot but this red flag was — and still is — a clue
Market Snapshot: U.S. stocks rebound to end week close to record on upbeat economic data and earnings
Comment

Is Target Stock a Buy?

Facing immense pressure, Facebook had no choice but to ban new political ads week before election

Which Smaller Marijuana Stock Is Most Likely to Join Aurora Cannabis and Canopy Growth at the Top?