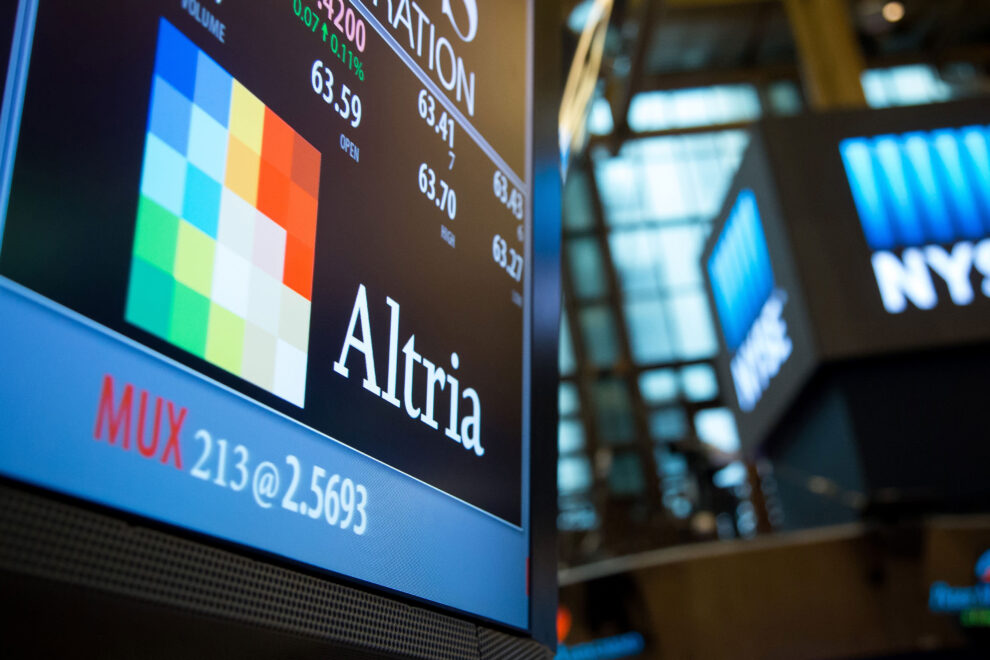 Altria Group signage is displayed on a monitor on the floor of the New York Stock Exchange.

Shares of Altria were down 2% in pre-market trading.

The maker of Marlboro cigarettes, which has been working to diversify its offerings as smoking rates decline in the U.S., also announced a strategic partnership with Japan Tobacco to develop smoke-free tobacco products ahead of its earnings release.

The move comes after Altria in July slashed the value of its $13 billion stake in troubled vaping company Juul to less than 5% of its original value amid a regulatory crackdown on the products. Although Altria retains a 35% stake in Juul, it exercised its option last month to be released from its non-compete obligations with the company.

“We are excited to begin a new partnership with JT Group, a leading international tobacco company,” said Billy Gifford, Altria’s chief executive officer. “We believe this relationship can accelerate harm reduction for adult smokers across the globe.”

For its third quarter, Altria reported revenue net of excise taxes of $5.41 billion, a decline of 2% from a year ago. Its net income was $224 million for the period, or 12 cents per share. Excluding one-time items, it said it earned $1.28 per share.

It had previously forecast full-year adjusted diluted earnings per share in a range of $4.79 to $4.93.