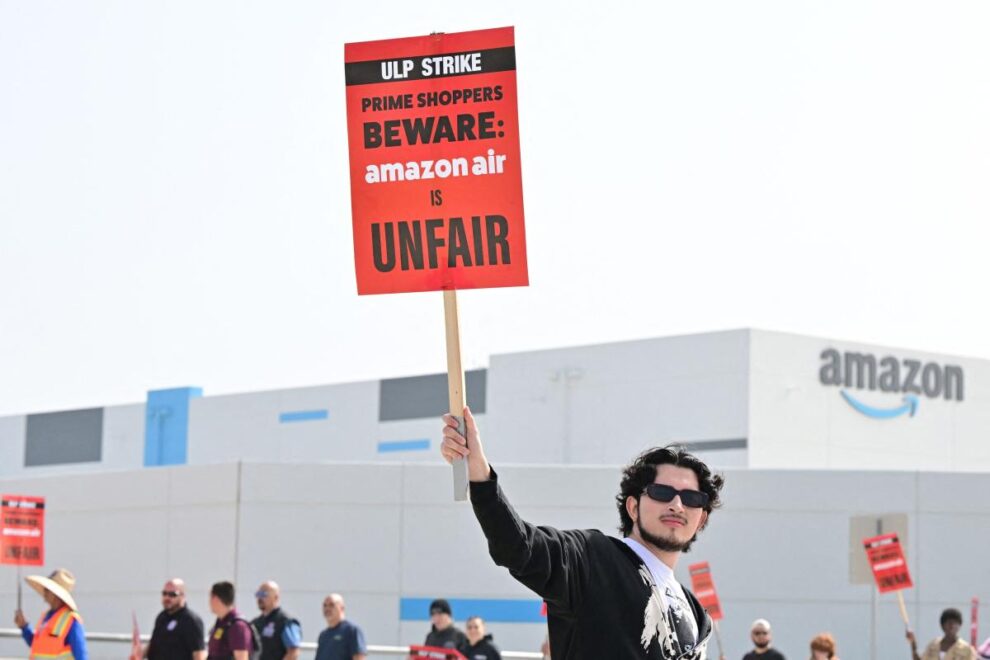 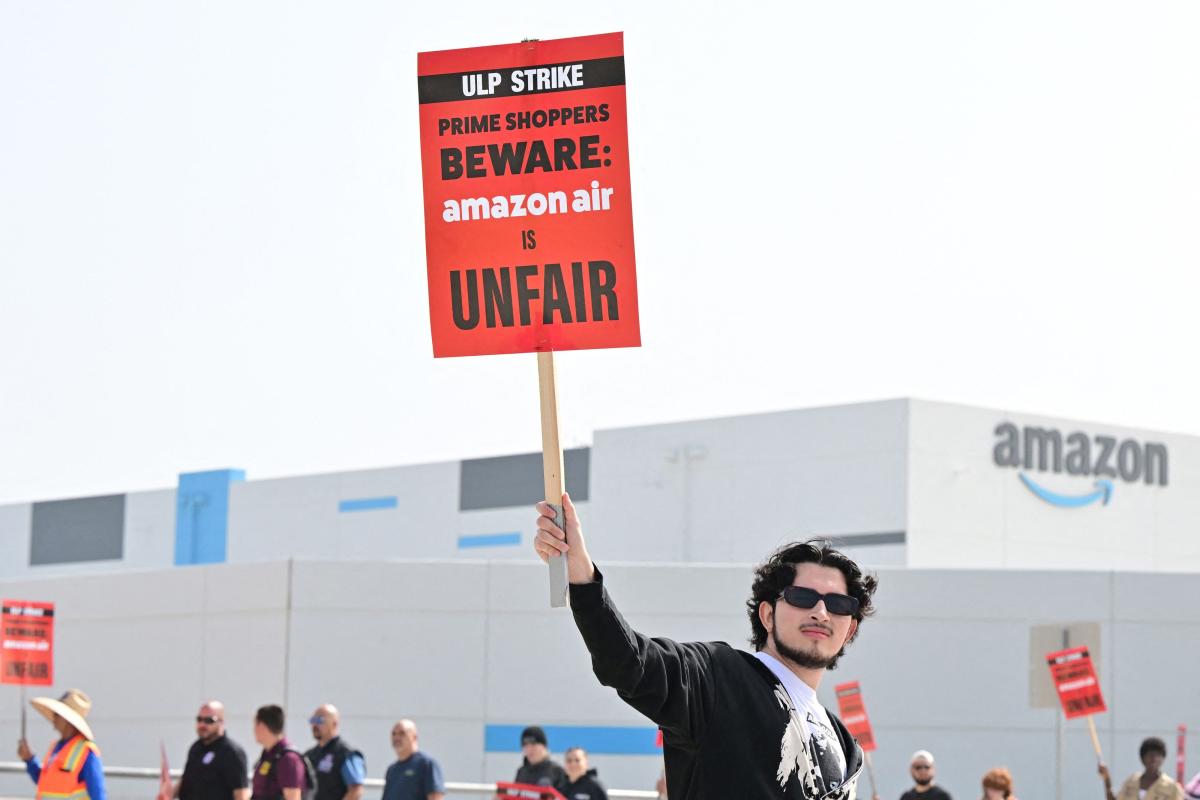 (Bloomberg) — Thousands of Amazon warehouse workers across about 40 countries plan to take part in protests and walkouts to coincide with Black Friday sales, one of the busiest days of the year for online shopping.

Employees in the US, UK, India, Japan, Australia, South Africa and across Europe are demanding better wages and working conditions as the cost-of-living crisis deepens, in a campaign dubbed “Make Amazon Pay.” The campaign is being coordinated by an international coalition of trade unions, with the support of environmental and civil society groups.

“It’s time for the tech giant to cease their awful, unsafe practices immediately, respect the law and negotiate with the workers who want to make their jobs better,” said Christy Hoffman, general secretary for UNI Global Union, one of the campaign’s organizers.

Tension with workers has been a long-running issue at the e-commerce giant, which has faced complaints of unfair labor practices as well as employee activism and union drives at some facilities. In what was seen as a watershed moment, workers at a warehouse in Staten Island, New York, voted earlier this year to join an upstart union.

“While we are not perfect in any area, if you objectively look at what Amazon is doing on these important matters you’ll see that we do take our role and our impact very seriously,” Amazon spokesman David Nieberg said.

He cited the company’s target to reach net zero greenhouse gas emissions by 2040 and that it’s “continuing to offer competitive wages and great benefits, and inventing new ways to keep our employees safe and healthy.”

Unions in France and Germany — CGT and Ver.di — are spearheading the latest collective action, with coordinated strikes in 18 major warehouses, intended to disrupt shipments across key European markets.

Monika di Silvestre, head of Ver.di’s Amazon committee in Germany, said that workers were particularly concerned about the way their productivity was closely monitored by computers, with algorithms determining targets, for example for the number of packages they need to handle per hour.

“The workers are under a lot of pressure with these algorithms,” she said. “It doesn’t differentiate between workers, whether they are old or have limited mobility. Workers stay awake at night thinking only of their productivity stats.”

She called on European politicians to strengthen labor rights across the bloc. “We don’t have a right to strike around Europe — on the European level,” she said.

In the UK, workers associated with GMB union have planned protests outside several warehouses, including Coventry.

“Amazon workers in Coventry are overworked, underpaid and they’ve had enough,” said Amanda Gearing, a senior GMB organizer, adding that “hundreds” will assemble to demand a wage increase from £10.50 an hour to £15.

Any workers who walk out during a shift could lose out on the second half of a £500 bonus that Amazon announced for UK warehouse workers last month. The final payment is contingent on staff taking “no unauthorized absence” between Nov. 22 and Dec. 24. The GMB has said linking payments to attendance could be interpreted as unlawful inducement not to strike.

In the US, protests and rallies will take place in more than 10 cities and outside an apartment block on 5th Avenue, New York, where Amazon founder Jeff Bezos has a condo. Multiple rallies are also planned in India while in Japan, members of a recently created union will protest in front of the company’s national headquarters in Tokyo. In Bangladesh, garment workers in Amazon’s supply chain will march in Dhaka and Chittagong.

Some demonstrations will focus on Amazon’s environmental and social footprint, for example in Ireland where people will gather outside the company’s Dublin offices to push back against two new planned data centers in the city. In South Africa, protesters will gather near Amazon’s new offices in Cape Town, which is being developed on land that indigenous people consider to be sacred.

Some unions expressed concern about the current economic climate amid a warning from Amazon that its peak Christmas season might not be as busy as usual. The company’s decision to lay off 10,000 staff will also make wage negotiations more challenging.

Laurent Cretin, a delegate for the CFE-CGC union in France, said the company will have 880 workers in a warehouse in Chalon-sur-Saône this Christmas season, down from 1,000 before Covid, which he linked to tightening consumer spending and the transfer of activity to robotized warehouses.

“The projections are not great, we are not sure we will do as good as last year that saw a post-Covid surge,” he said.

(Updated with comments from Ver.di from paragraph 8.)