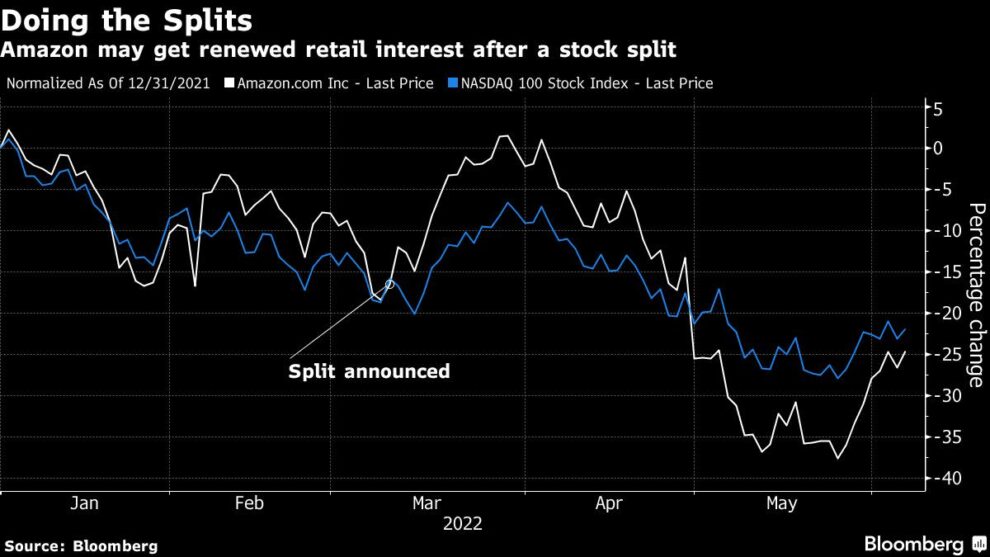 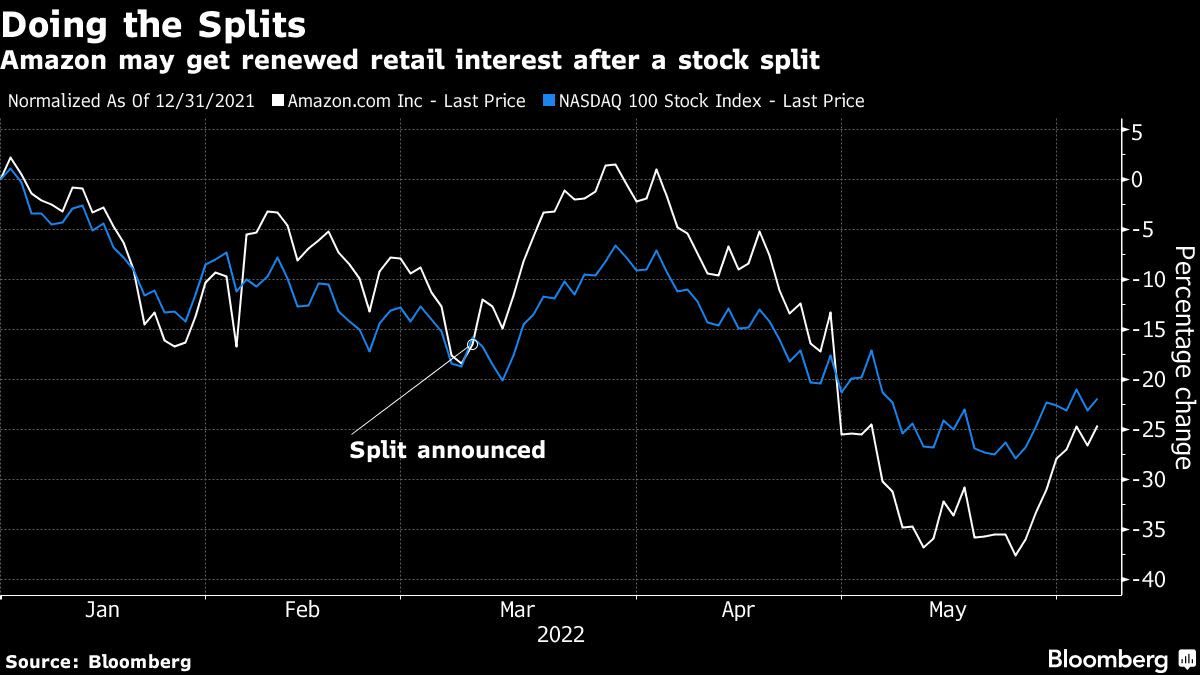 (Bloomberg) — Amazon.com Inc. shares rose on Monday, in the first trading session following a 20-for-1 stock split, the e-commerce company’s first such move in more than two decades.

Shares gained 2%, easily outperforming the Nasdaq 100 Index, which rose 0.4%, though tech stocks gained broadly after China eased Covid restrictions. The split could make the stock more attractive to retail investors, and nearly 134 million shares exchanged hands on Monday, above the stock’s daily average volume over the past three months.

“While we view this event as a largely non-fundamental one, we believe a stock split and potential retail trading activity could provide an incremental catalyst to turn sentiment,” wrote Rohit Kulkarni, an analyst at MKM Partners.

When the split was first announced in March, Amazon said making the stock “more accessible” for average investors was a reason behind the decision.

The stock is coming off a two-week gain of about 14%, but it remains down more than 10% since March 9, when the split was first announced. So far this year, Amazon shares are down 25%, compared with a 23% decline in the Nasdaq 100 Index.

The year’s weakness has come as investors dump tech and other growth names amid an economic backdrop marked by rising interest rates, slowing economic growth, and high inflation. Analysts have also recently pared back their expectations for online retail revenue growth.

Despite the recent weakness in the stock, Wall Street remains almost universally positive on Amazon’s prospects, as about 95% of the analysts tracked by Bloomberg recommend buying it, given long-term growth prospects in online retail and cloud computing. Compared with the 56 positive analysts, there is just one firm that recommends holding it, and two advocating selling. The average analyst price target points to upside of more than 40%.

Amazon is not the only major company to announce a split this year. Google parent Alphabet announced a 20-to-1 of its own in early February; that is scheduled to take place next month. Shopify announced a 10-for-1 stock split in April, and electric-vehicle company Tesla Inc. in March said it would ask investors this year to approve the creation of additional shares for the purposes of another split, following a 5-for-1 exchange in 2020.

(Updates with the close of trading.)