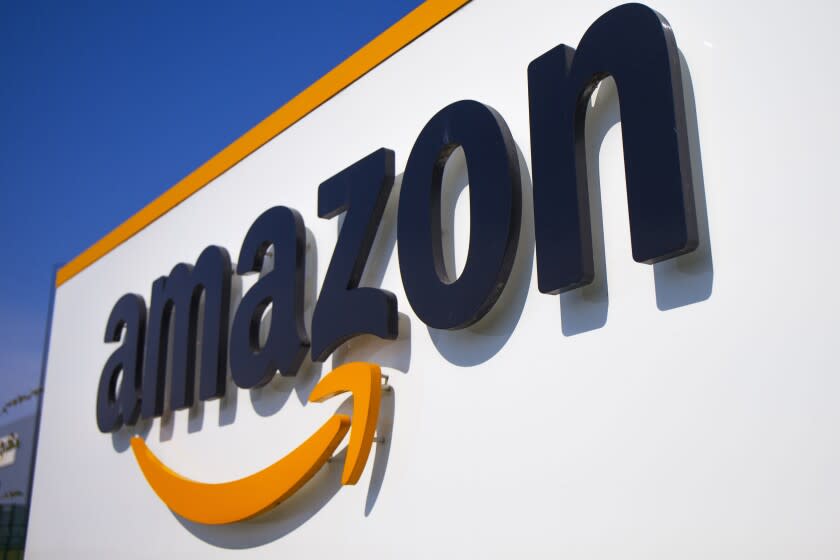 From what you buy online to how you remember tasks to when you monitor your front door, Amazon is seemingly everywhere. Read More...

From what you buy online to how you remember tasks to when you monitor your front door — Amazon is seemingly everywhere.

And it appears the company doesn’t want to halt its reach anytime soon. In recent weeks, Amazon has said it will spend billions of dollars on two gigantic acquisitions that, if approved, will broaden its ever-growing presence in the lives of consumers.

This time, the company is targeting healthcare, through its $3.9-billion buyout of the primary care company One Medical, and the “smart home,” planning to expand its already mighty presence with a $1.7-billion merger with iRobot, maker of the popular Roomba vacuum.

Amazon is known for its vast collection of consumer information, so both mergers have heightened privacy concerns about how it gathers data and what it does with it. The latest line of Roombas, for example, employ sensors that map and remember a home’s floor plan.

“It’s acquiring this vast set of data that Roomba collects about people’s homes,” said Ron Knox, an Amazon critic who works for the antimonopoly group Institute for Local Self-Reliance. “Its obvious intent, through all the other products that it sells to consumers, is to be in your home. [And] along with the privacy issues come the antitrust issues, because it’s buying market share.”

Amazon’s reach goes well beyond that. Some estimates show that the retail giant controls 38% of the U.S. e-commerce market, allowing it to gather granular data about the shopping preferences of millions of Americans and more worldwide. Meanwhile, its Echo devices, which house the voice assistant Alexa, have dominated the U.S. smart speaker market, accounting for roughly 70% of sales, according to estimates by Consumer Intelligence Research Partners.

Ring, which Amazon purchased in 2018 for $1 billion, monitors doors at homes and helps police track down crime — even when users might not be aware. At select Amazon stores and Whole Foods, the company is testing a palm-scanning technology that allows customers to pay for items by storing biometric data in the cloud, sparking concerns about risks of a data breach. Amazon has attempted to assuage such fears.

“We treat your palm signature just like other highly sensitive personal data and keep it safe using best-in-class technical and physical security controls,” the company says on a website that provides information about the technology.

Even consumers who actively avoid Amazon are likely to have little say about how their employers power their computer networks; the company — along with Google — has long dominated the space through its cloud-based computing service AWS.

“It’s hard to think of another organization that has as many touch points as Amazon does to an individual,” said Ian Greenblatt, who heads up tech research at the consumer research and data analytics firm J.D. Power. “It’s almost overwhelming, and it’s hard to put a finger on it.”

Amazon — like any company — aims to grow. In the past few years, the company purchased the Wi-Fi startup Eero and partnered with the construction company Lennar to offer tech-powered houses. With iRobot, it would gain one more building block for the ultimate smart home — and, of course, more data.

Customers can opt out of having iRobot devices store a layout of their homes, according to the vacuum maker. But privacy advocates worry that the merger is another way Amazon could suck up information to integrate into its other devices or use to target consumers with ads.

In a statement, Amazon spokesperson Lisa Levandowski said that’s not what the company wants to do.

“We do not use home maps for targeted advertising and have no plans to do so,” Levandowski said.

Whether that will relieve concerns is another matter, in light of research about Amazon’s other devices. Earlier this year, a group of university researchers released a report finding that voice data from Amazon’s Echo devices are used to target ads to consumers — something the company had denied.

Umar Iqbal, a postdoc at the University of Washington who led the research, said he and his colleagues found Echo devices running third-party Skills, which are like apps for Alexa, that communicate with advertisers.

Skills apps that collect personal information are required to post privacy policies on a detail page in Amazon’s store, according to the company. However, researchers found that only 2% of Skills are clear about their data collection practices, and the vast majority don’t mention Alexa or Amazon at all.

For companies like Amazon, data collection is more than just data, noted Kristen Martin, a professor of technology ethics at the University of Notre Dame.

“You can almost see them just trying to paint a broader picture of an individual,” Martin said. “It’s about the inferences that they’re able to draw about you specifically, and then you compared to other people.”

Amazon’s One Medical deal, for instance, has sparked questions about how the company would handle personal health data that would fall into its lap.

Should the deal close, Levandowski said, customers’ health information will be handled separately from all other Amazon businesses. She said Amazon wouldn’t share personal health information outside of One Medical for “advertising or marketing purposes of other Amazon products and services without clear permission from the customer.”

But Lucia Savage, chief privacy officer at Omada Health, said that doesn’t mean One Medical wouldn’t be able to get data from other arms of Amazon’s business that could help it better profile its patients. The information just has to flow one way, she said.

To be sure, privacy concerns are not limited to Amazon. In the aftermath of Roe vs. Wade being overturned, Google said it would automatically get rid of information about users who visit abortion clinics, amid pressure from Democratic lawmakers. Meanwhile, Meta in February settled a class action lawsuit over its use of “cookies” about a decade ago that tracked users after they had logged off Facebook.

But unlike Meta and Google, whose focus is mainly on selling ads, Amazon might benefit more from collecting data, because its primary goal is to sell products, said Alex Harman, director of competition policy at the antimonopoly group Economic Security Project.

“For them, data is all about getting you to buy more and be locked into their stuff,” Harman said.