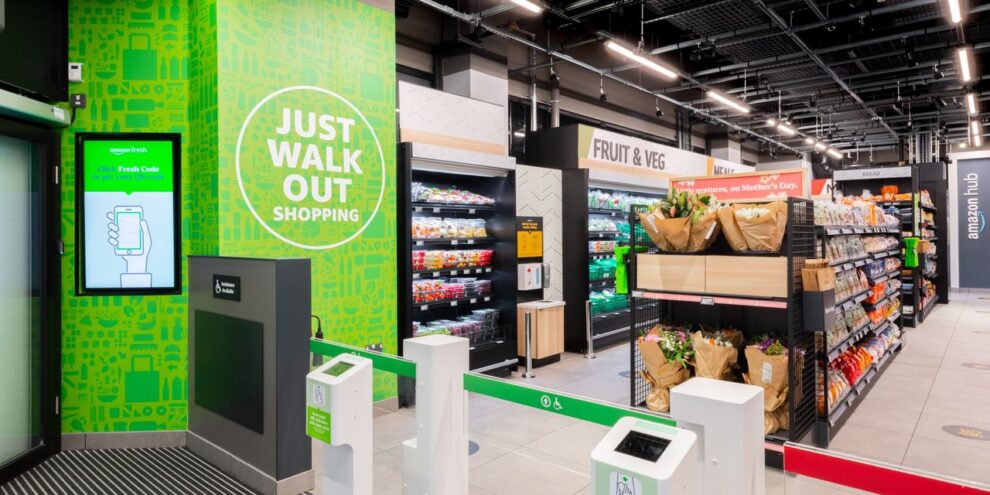 Amazon Fresh shoppers scan a smartphone app when entering the store and are automatically billed as they leave. Read More... 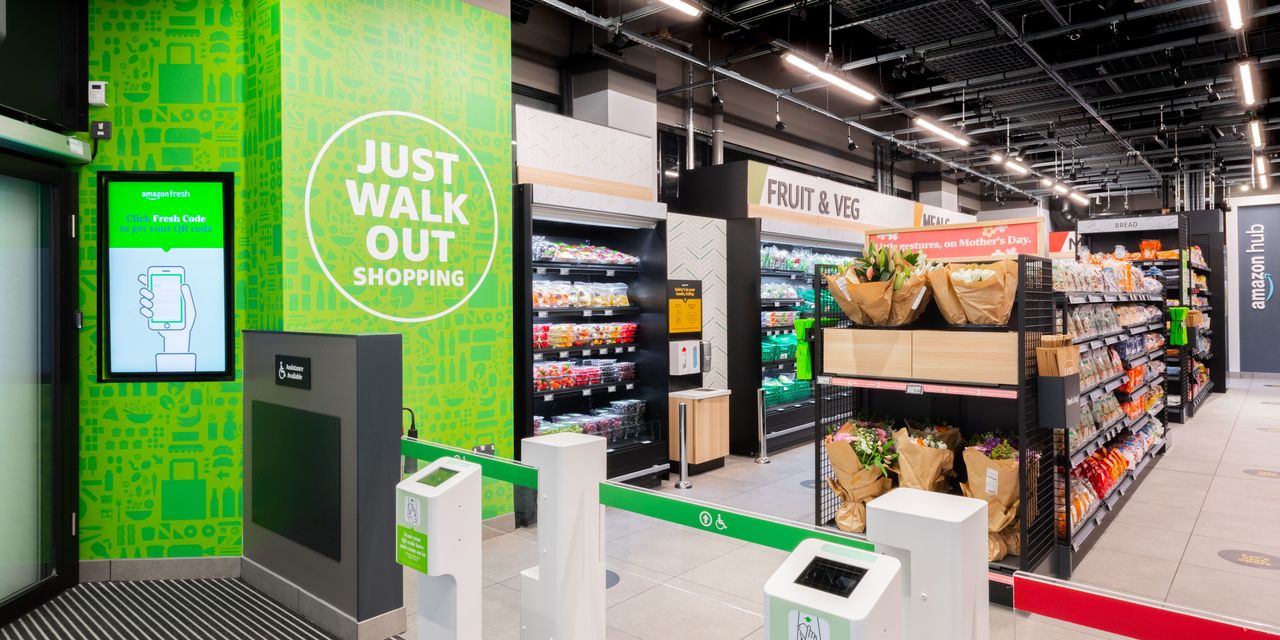 Amazon AMZN, -2.89%, the world’s largest online retailer, has opened its first checkout-free grocery store in the U.K., allowing shoppers to pick up their goods and walk out without having to wait in line.

The Amazon Fresh store in Ealing, west London will be powered by the same cashierless “Just Walk Out” technology that has featured in Amazon Go stores in the U.S. since 2018, when it opened its first physical store in Seattle.

To start shopping, customers need to scan a QR code on the Amazon Go smartphone app to open the store’s gated turnstile. Once inside, ceiling cameras and shelf weight sensors track which items customers place in their virtual cart and anything they put back is deleted. Customers are only billed for their shopping when they leave the store and are emailed a receipt.

“At the end of their shopping trip, they can just walk out, no stopping to stand in queue or check out,” Amazon said on Thursday in a statement. However, workers will be on site to handle shoppers’ queries, restock shelves and prepare food.

Amazon 0R1O, -1.41% is actively looking at licensing its Just Walk Out technology, which uses computer vision, deep learning algorithms, and sensor fusion, to other companies.

Shares in Amazon, which have fallen by almost 7.5% so far this year, were flat in premarket trading in New York on Thursday.

The Amazon Fresh store in London will stock hundreds of items, including meat, vegetables, bakery and freshly prepared meals, from its new private label ‘By Amazon.’ It will also offer some ‘Our Selection’ premium lines, all sourced from U.K. suppliers. Other items come from U.K. chains Wm Morrison Supermarkets MRW, +0.53% and Booths, which it has existing relationships with through its Amazon Fresh grocery delivery service

The 2,500 sq ft store also has a booth where orders can be delivered from its online store, and shoppers can return goods by scanning a code without having to repackage or relabel the item.

Amazon, which already operates seven standard supermarkets in the U.K. under its Whole Foods Market brand, said it plans to open additional high-tech grocery stores in the Greater London area.

Clive Black, head of research at Shore Capital, said the London store could be a “seminal moment in the history of the U.K. grocery market” that indicated Amazon’s ambitions in the sector.

“The patient and rather delicate expansion that the group has taken to date in the U.K., revolving around gradually building its online service, notably in collaboration with Morrisons, and its investment in the rapid delivery channel through Deliveroo, were never to us going to be the full extent of its ambitions,” he said.

Amazon was given approval by the U.K.’s competition authority in August last year to buy a minority stake in Deliveroo, which on Thursday announced plans for a London stock market listing that could value the U.K. food delivery company at around $7 billion.

Seattle-based Amazon already has 26 Amazon Go stores in the U.S., including eight in New York, seven in Chicago and five in San Francisco.

Read: Walmart to invest nearly $14 billion in automation and other business areas in fiscal 2022

5 Investment Trends to Profit From a Post-Coronavirus World