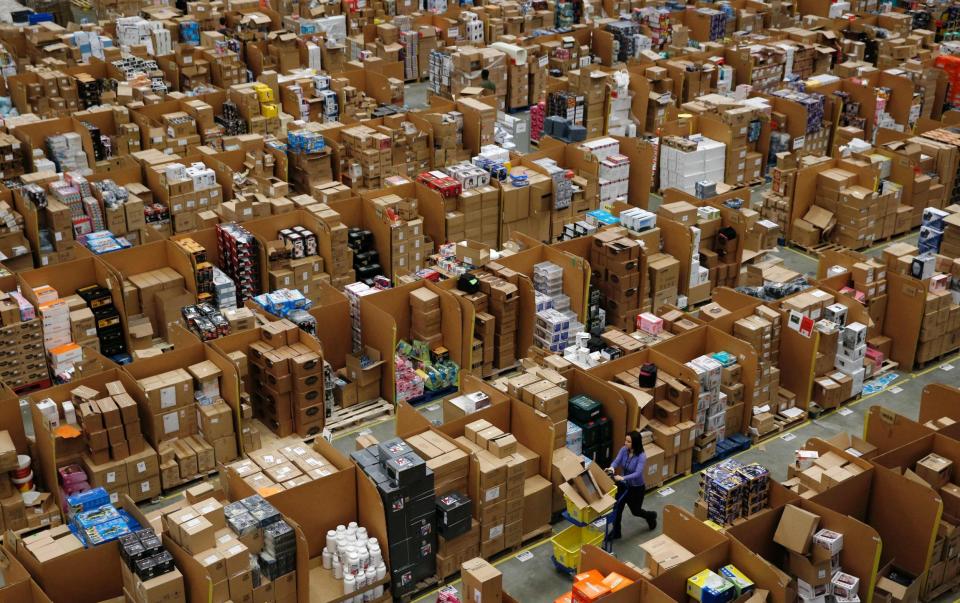 Amazon is to shut three UK warehouses, putting 1,200 jobs at risk, as the online retail giant restructures its operations in Britain during an economic slowdown. Read More...

Amazon is to shut three UK warehouses, putting 1,200 jobs at risk, as the online retail giant restructures its operations in Britain during an economic slowdown.

The retail giant said it planned to close its fulfilment centres in Hemel Hempstead, Doncaster and Gourock in Scotland.

The restructuring is in addition to 18,000 layoffs announced by the US retail giant last week as it announced plans to cut corporate staff worldwide. Job losses are expected to include roles in the UK, including at its bricks and mortar grocery shops.

Amazon has been cutting jobs and trimming budgets as it grapples with a global slowdown in consumer spending worldwide.

The company issued lower than expected growth forecasts in its most recent financial results and its online retail division fell to a loss. $200bn was wiped from its market value in just one day after Amazon announced the results.

Staff at the three UK warehouses will be offered jobs at other Amazon sites, the company said, although many of these will require them to relocate.

It is understood around 500 staff in Hemel Hempstead will be offered work at a nearby facility in Dunstable, around 12 miles away, while 400 staff in Doncaster will have the opportunity to transfer to the nearby international railport.

Staff in Scotland will be offered relocation and training, but there is no nearby Amazon facility. Ronnie Cowan, a member of the Scottish National Party and MP for Inverclyde, said the job cuts were a “serious blow” to the region.

He said: “Amazon has said it will try to re-deploy workers but has so far given me no firm commitments.

“It goes without saying that in the midst of a cost-of-living crisis this will come as a hammer blow to the staff and their families.”

The Greenock Telegraph newspaper reported that Amazon bosses admitted there would be “limited opportunities” for staff located in Scotland. The company’s site in Gourock was originally opened in 2004.

Amazon has around 75,000 permanent staff in the UK and also takes on casual seasonal workers during busy periods.

An Amazon spokesman said: “We’re always evaluating our network to make sure it fits our business needs and to improve the experience for our employees and customers.

“As part of that effort, we may close older sites, enhance existing facilities, or open new sites, and we’ve launched a consultation on the proposed closure of three fulfilment centres in 2023.”

Having expanded its warehouse and retail operations in Britain for years, some of its sites are now showing their age and do not employ the tech company’s latest technology.

Amazon said that despite the job cuts, it still planned to create a total of 2,500 new jobs in the UK by opening two additional fulfilment centres in the West Midlands and Stockton-on-Tees, County Durham.

The spokesman said: “We also plan to open two new fulfilment centres creating 2,500 new jobs over the next three years. All employees affected by site closure consultations will be offered the opportunity to transfer to other facilities, and we remain committed to our customers, employees, and communities across the UK.”

The job losses come as Amazon faces bubbling discontent from UK workers. It is braced for a strike at its Coventry warehouse, organised by the GMB Union, where staff are demanding a pay increase to £15 per hour. Their current pay rate is £10.50 per hour.