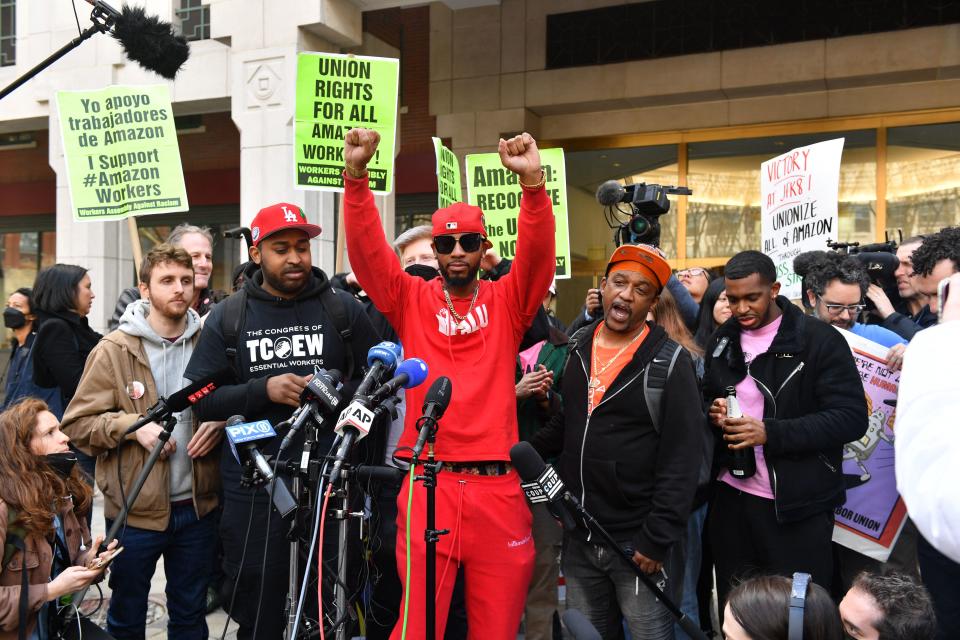 The National Labor Relations Board (NLRB) has certified the Amazon Labor Union’s (ALU) victory at the JFK8 warehouse in Staten Island, N.Y. in a ruling released Wednesday.

The ALU’s JFK8 win in April marked the first time in Amazon’s (AMZN) history a warehouse voted to unionize. It also set off a prolonged legal battle, as the ALU fought for certification, while Amazon filed a wide range of objections.

In a ruling released Jan. 11, NLRB regional director Cornele Overstreet said there wasn’t evidence to support any of those objections.

Amazon already has plans to appeal, which the company must file by Jan. 25 or begin the bargaining process. Amazon is coming off a difficult year, one that saw its stock drop about 40% amid macroeconomic headwinds.

“We knew it was unlikely that the NLRB Regional Office would rule against itself, and intend to appeal,” Amazon spokesperson Kelly Nantel said in a statement. “As we’ve said since the beginning, we don’t believe this election process was fair, legitimate, or representative of the majority of what our team wants.”

However, Amazon’s options are narrowing, according Rutgers University labor expert Rebecca Givan. Further, if Amazon’s next set of appeals also fail, those narrowing possibilities thin out even more.

“[From there], Amazon cannot appeal election objections to the federal courts, but it can refuse to bargain on the grounds it believes the election was tainted,” said San Francisco State University labor professor John Logan. “The NLRB would then need to go to the federal courts… it simply would take longer to end up at the same place.”

“This [ruling] demonstrates that what the Amazon workers were saying all along was true — it was just delaying tactics and doing anything possible to avoid bargaining,” Givan said. “This shows Amazon was grasping at straws… I really feel this shows how shameless Amazon has been.”

This ruling comes at a pivotal time for the ALU, which recently lost two elections— one near Albany, N.Y. and the other at another Staten Island warehouse. The ALU was also involved in a union election petition at a Southern California facility that was short-lived.

“The only way we’re going to get Amazon to come to the table is by taking shots and taking risks, and that happens by workers being ready to organize in their respective facilities,” he told Yahoo Finance Live.

“For us, whatever campaign is ready to go, the Amazon Labor Union is going to throw their support behind it, no matter what…We know that it’s going to take collective action for Amazon to come to the table. So, for us, it’s never unsuccessful. These are growing pains, and we’re going to fight and continue to grow.”