(Bloomberg) -- Amazon.com Inc. wants Federal Trade Commission Chair Lina Khan recused from matters involving the company because of her history criticizing the online retailer as a threat to competition.Amazon filed a request with the agency on Wednesday, arguing that Khan should be barred from handling antitrust enforcement decisions affecting the company, according to documents obtained by Bloomberg News.Khan “has on numerous occasions argued that Amazon is guilty of antitrust violations and s Read More... 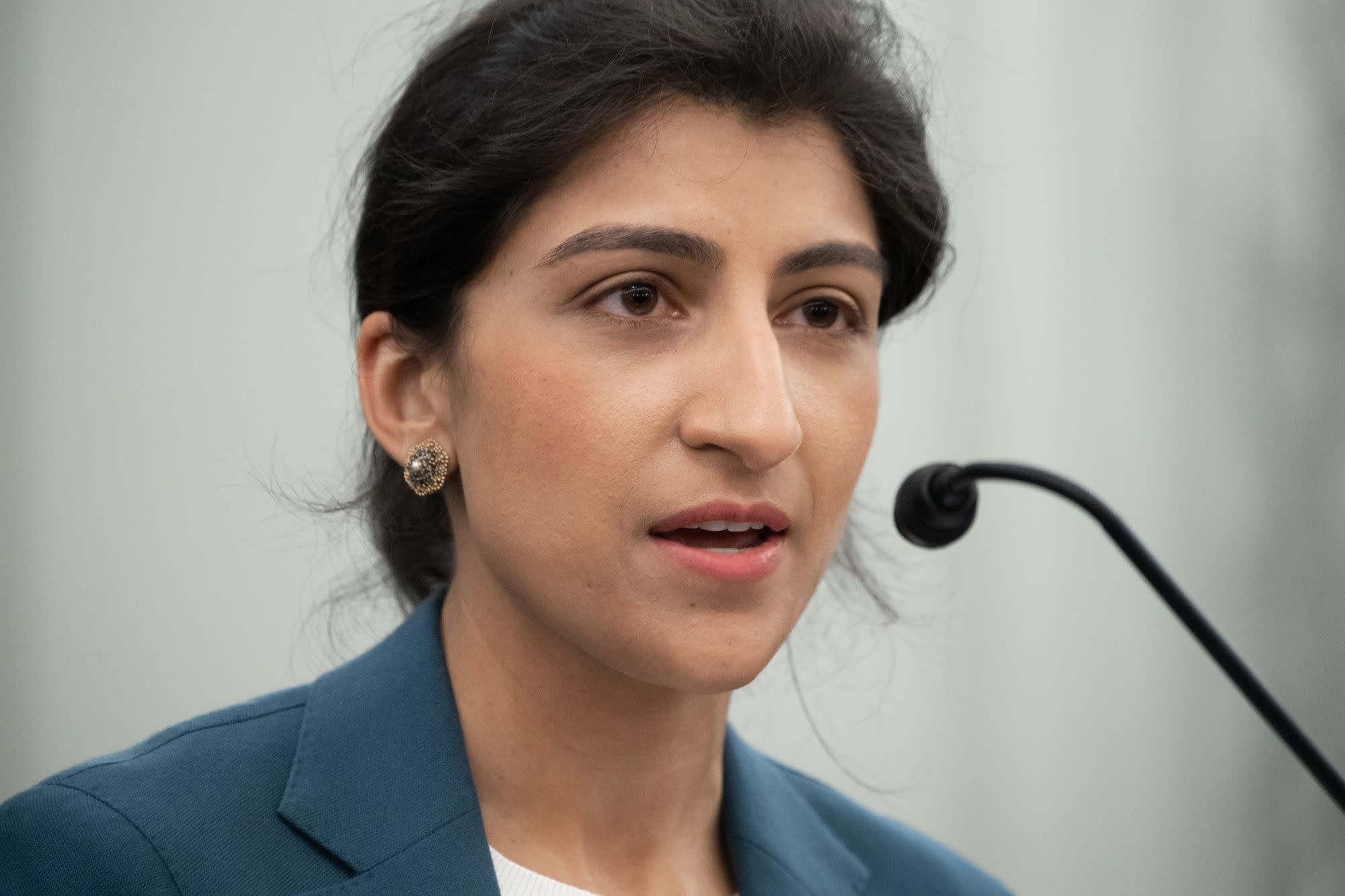 (Bloomberg) — Amazon.com Inc. wants Federal Trade Commission Chair Lina Khan recused from matters involving the company because of her history criticizing the online retailer as a threat to competition.

Amazon filed a request with the agency on Wednesday, arguing that Khan should be barred from handling antitrust enforcement decisions affecting the company, according to documents obtained by Bloomberg News.

Khan “has on numerous occasions argued that Amazon is guilty of antitrust violations and should be broken up,” Amazon said in its petition. “These statements convey to any reasonable observer the clear impression that she has already made up her mind about many material facts relevant to Amazon’s antitrust culpability as well as about the ultimate issue of culpability itself.”

The move comes as the FTC is reviewing Amazon’s proposed $8.45 billion acquisition of movie studio Metro-Goldwyn-Mayer. The deal has been criticized by those worried about the growth of tech companies, but antitrust experts have said it will be difficult for regulators to stop.

An FTC spokeswoman declined to comment on Amazon’s petition.

The agency didn’t explain the process for how Amazon’s petition would be decided, but pointed to a rule that says it’s first up to the commissioner to recuse him or herself. If he or she declines to do so, the full commission votes on the matter without the participation of the commissioner who is subject to the recusal request.

Amazon filed the petition to preserve its legal right to raise the issue in any future matters before the FTC, according to a person familiar with the matter.

Khan leads a three vote Democratic majority on the five-member commission. If she decides not to recuse herself and the matter goes to a vote, it would fall to the two Republicans and two Democrats. One of the Democrats — Rohit Chopra — was nominated by President Joe Biden to run the Consumer Financial Protection Bureau, but he hasn’t been confirmed by the Senate.

Khan’s recusal on Amazon matters would be a blow to supporters, who cheered her appointment to chair.

One of those supporters, Democratic Senator Elizabeth Warren, said Wednesday that she asked Khan to conduct a “broad and meticulous review” of the MGM deal, saying the acquisition could have anticompetitive effects on video streaming and broader harm to workers and small businesses.

“The FTC should disfavor approving deals involving parties with a known pattern of inhibiting competition and harming consumers and workers,” Warren said. “Allowing such firms to continue buying up competitors would only exacerbate these abuses of market power.”

In addition to the MGM deal, the FTC is also investigating Amazon’s online marketplace alongside attorneys general in New York and California, and is reviewing the company’s data practices, Bloomberg has reported.

Khan rose to prominence in the antitrust world with a 2017 paper she wrote as a law student about Amazon’s dominance. Titled “Amazon’s Antitrust Paradox,” it traced how the online retailer came to control key infrastructure of the digital economy and how traditional antitrust analysis fails to consider the danger to competition posed by the company.

In its petition to the FTC, Amazon said that companies subject to investigations are entitled to fair consideration by impartial commissioners who have not appeared to have prejudged the matters before them. Federal ethics principles require recusal, Amazon argued, when a new commissioner previously has expressed views about specific factual and legal issues relating to a particular company.

Amazon cited Khan’s law school paper, and her work with anti-monopoly organization Open Markets Institute, where she wrote articles stating that Amazon has engaged in antitrust violations. The company also pointed to her role as a staff lawyer on the House Judiciary Committee’s antitrust panel, which put out a report last year accusing Amazon and other tech platforms of abusing their market power.

“Given her long track record of detailed pronouncements about Amazon, and her repeated proclamations that Amazon has violated the antitrust laws, a reasonable observer would conclude that she no longer can consider the company’s antitrust defenses with an open mind,” Amazon said. “Indeed, doing so would require her to repudiate the years of writings and statements that are at the foundation of her professional career.”

During her Senate confirmation hearing in April, Republican Senator Mike Lee of Utah asked Khan whether she should recuse herself from investigations related to Amazon, Alphabet Inc.’s Google, Apple Inc. and Facebook Inc. given her work on the House antitrust panel.

Lee cited a federal appeals court decision that said a former FTC chairman shouldn’t have participated in a case before the commission because he had investigated the same issue as a lawyer for the Senate antitrust subcommittee. Amazon cited the same case in its petition.

Khan told Lee that she had none of the financial conflicts that are the basis for recusal under federal ethics laws.

“If it were to arise I would seek the guidance of the relevant ethics officials at the agency and proceed accordingly,” she said.

A private equity datapoint that might surprise you
IPO Report: Krispy Kreme IPO: 5 things to know about the doughnut maker before it goes public
Comment

Dispatches from a Pandemic: The messy, legally murky eviction of a North Carolina single mother — despite the CDC’s moratorium: ‘Nobody’s enforcing it’