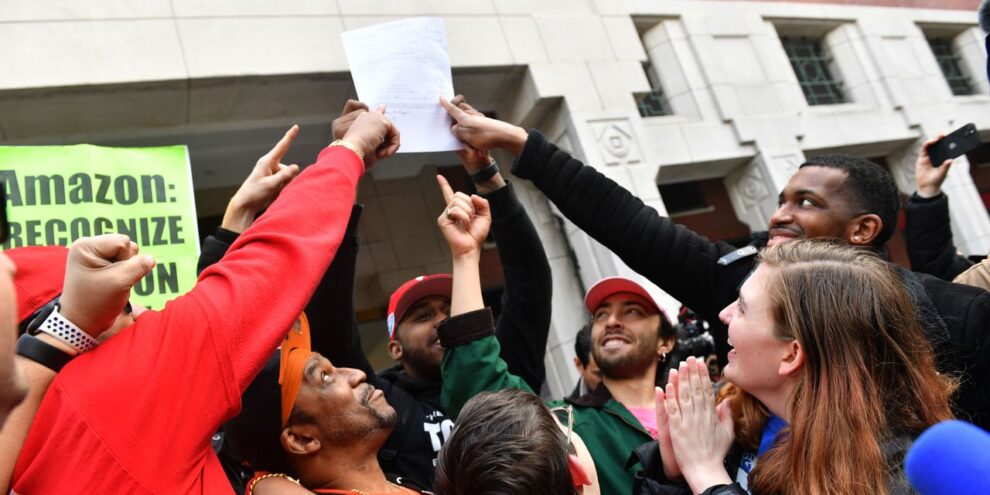 The number of petitions for union representation jumped 57% on the year in the first half of fiscal 2022. Read More... 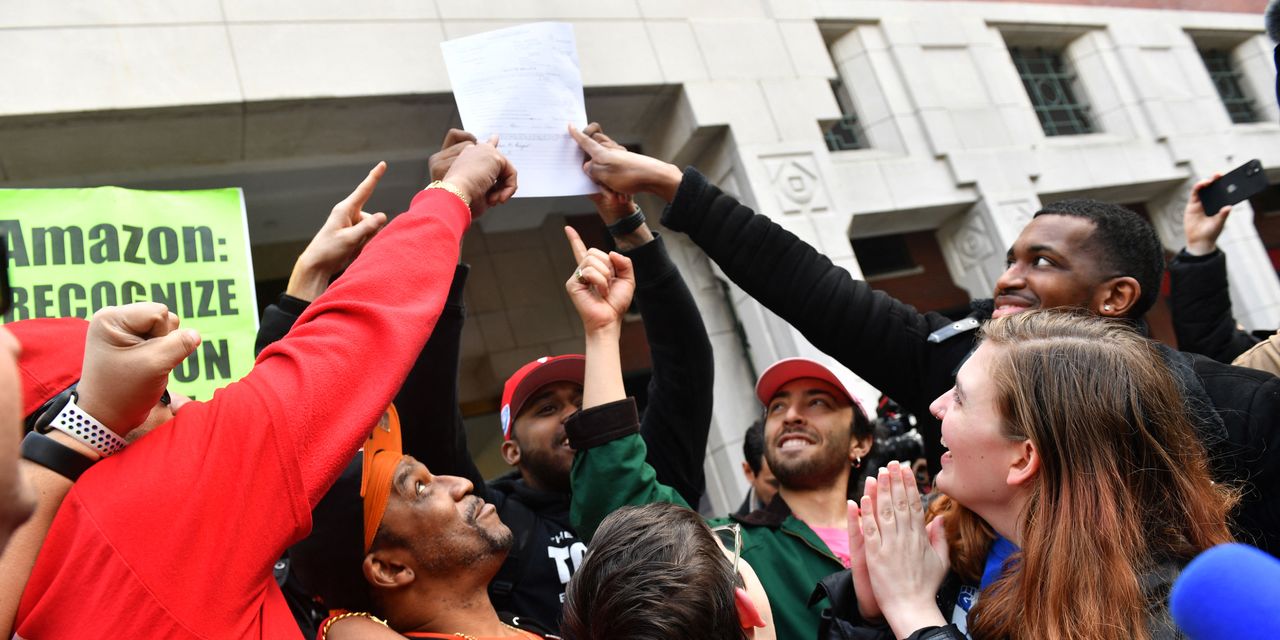 Days after workers voted to unionize at an Amazon AMZN, -0.61% warehouse in New York City, new federal data show more people want votes on the formation of unions at their own workplaces.

Meanwhile, allegations of unfair labor practices increased 14%, said the board, which carries out the election process.

If recent votes to unionize at certain Starbucks SBUX, -0.29% locations and the Amazon fulfillment center on Staten Island in New York are high-profile anecdotal evidence of an upswing for unions, the new NLRB numbers show those votes may not be anomalies.

Petitions do not necessarily mean the end result will be a unionized workforce, but it’s no small feat to even get the paperwork to the NLRB, according to Janice Fine, a professor at Rutgers University’s Department of Labor Studies and Employment Relations.

Petitions seeking union representation need at least 30% of workers to sign, and many include plenty more signatures, anticipating stiff resistance from management, she said.

“‘Workers are feeling like they have more bargaining power.’”

“Workers are feeling like they have more bargaining power,” said Fine. “The history of unions has been, in many historical periods, [that] they organize when the economy is good, not when it’s bad, not when [their] backs are against the wall and they feel they have no bargaining power.”

The current job market is very tight, and many employers are fighting to find staff and keep those on the payroll from leaving for greener pastures.

Union membership had been declining for decades, according to the Bureau of Labor Statistics. Just over 14 million wage and salary workers were part of a union in 2021, down 241,000 from a year earlier. Labor advocates say those numbers reflect how hard it is to organize and don’t capture the depth of worker discontent.

A September 2021 Gallup poll showed 68% public approval for unions, the highest reading since 71% of Americans said they supported labor unions in 1965.

The NLRB framed the data on Wednesday as justification for a bigger agency budget.

“Right now, there is a surge in labor activity nationwide, with workers organizing and filing petitions for more union elections than they have in the last 10 years,” Jennifer Abruzzo, the agency’s general counsel, said in a statement. “This has caused a significant increase in the NLRB’s caseload, and the agency urgently needs more staff and resources to effectively comply with our congressional mandate.”

Congress has been giving the agency the same $274.2 million for nine years, with no adjustment for inflation and even as NLRB staffing shrinks, the agency said. But President Joe Biden makes his support of unions clear, including telling a North America’s Building Trades Unions, or NABTU, conference on Wednesday that a decision on whether to unionize should be workers’ alone, referencing with apparent satisfaction the outcome of the recent Amazon vote on Staten Island.

The Biden administration wants $319.4 million for the agency in the 2023 fiscal year, the NLRB said.

While the agency vies for more money, the push and pull between management and labor continues.

After the Staten Island vote, Amazon said it was “disappointed” because “we believe having a direct relationship with the company is best for our employees.” The company said it was weighing options including filing an objection “based on the inappropriate and undue influence by the NLRB.”

The outcome of a union vote at an Amazon warehouse in Alabama remains uncertain. The vote hinges on determinations over more than 400 challenged ballots.

Last year, workers at the Bessemer, Ala., fulfillment center voted against unionizing. But the labor board ordered a redo of the vote after objections from the union trying to organize workers, the Retail, Wholesale and Department Store Union.