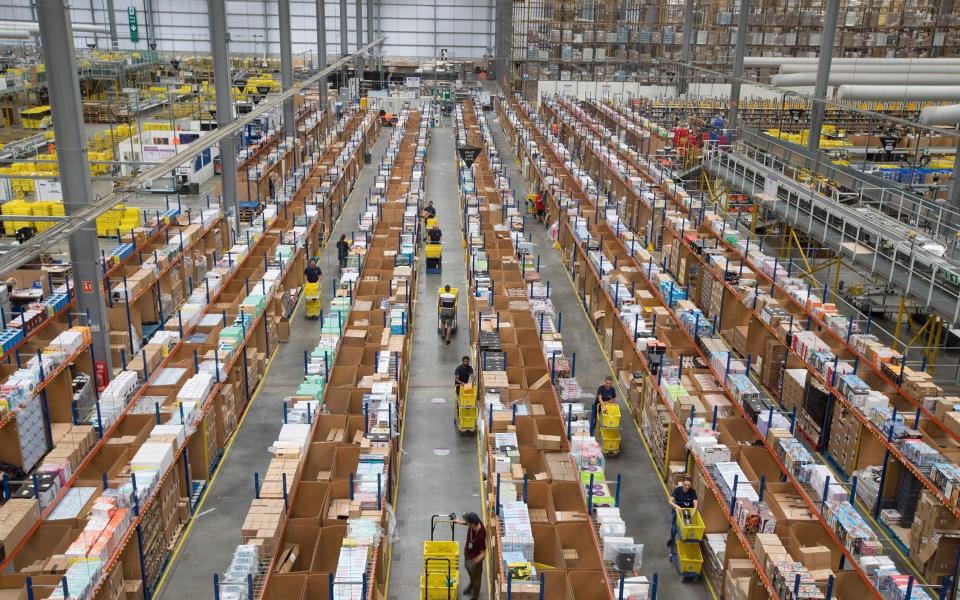 Around 300 Amazon workers were expected to down tools and join picket lines. The strike action began at Amazon’s Coventry centre at midnight last night.

The 24-hour picket line was expected to take place outside Amazon’s warehouse in Coventry.

The GMB union called for a walk-out after balloting members in December. The union is demanding an increase in pay from £10 to £15 per hour. Amazon has offered 50p per hour.

Stuart Richards, a GMB union official for the Midlands, said: “This is a huge step forward for workers who’ve been ignored and treated like robots.”

Taiwo Owatemi, MP for Coventry North West, said: “Coventry Amazon workers are taking on one of the world’s most powerful employers, but by standing together alongside residents and supporters around the world, they can make a real difference and win a fair pay rise during the cost of living crisis.”

The dispute is not expected to affect deliveries, as the Coventry hub provides stock to other Amazon fulfilment centres, rather than directly to customers.

Amazon said its pay offer represented a pay increase to between £10.50 and £11.45 per hour, depending on location. An Amazon spokesman said: “A tiny proportion of our workforce is involved. In fact, according to the verified figures, only a fraction of 1pc of our UK employees voted in the ballot – and that includes those who voted against industrial action.

“We appreciate the great work our teams do throughout the year and we’re proud to offer competitive pay which starts at a minimum of between £10.50 and £11.45 per hour, depending on location.

“This represents a 29pc increase in the minimum hourly wage paid to Amazon employees since 2018. Employees are also offered comprehensive benefits that are worth thousands more – including private medical insurance, life assurance, subsidised meals and an employee discount, to name a few.”

In 2021, Amazon chief executive Andy Jassy, who replaced founder Jeff Bezos, received a pay deal worth more than $200m (£160m), largely made up of company stock.

The industrial action is expected to be the first in a series of walk-outs in Coventry and other Amazon facilities in the UK.

The dispute is one of many raging across the public and private sector as workers demand pay increases that make up for surging inflation. Royal Mail, rail companies, bus operators, nurses and ambulance workers have all staged walkouts during months of discontent.

Last summer, Amazon’s UK workers engaged in a series of unofficial “wildcat” strikes, including a “go slow” protest and a sit-in.

It comes after Amazon announced that hundreds of UK fulfilment centre roles would go as part of a reorganisation of its warehouse space.

Earlier this month, Amazon confirmed it would shut UK warehouses, putting 1,200 jobs at risk. The retail giant said it planned to close its fulfilment centres in Hemel Hempstead, Doncaster and Gourock in Scotland.

It also announced it would open two new fulfilment centres and offer jobs to everyone who was losing a role in the warehouse closures. It said, overall, it would be creating 2,500 UK jobs.

The tech giant has also been cutting back on its corporate headcount. Mr Jassy confirmed the tech giant would make 18,000 redundancies as it aims to cut costs amid the economic slowdown.