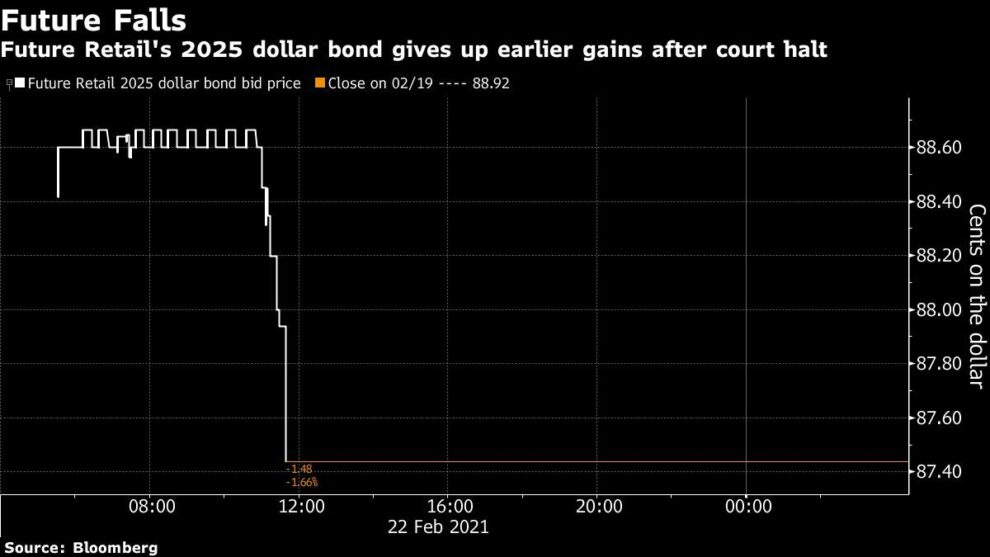 (Bloomberg) -- India’s Supreme Court stopped regulatory approval for the Future Group’s $3.4 billion asset sale to Reliance Industries Ltd., halting the deal for now and handing a legal win to Amazon.com Inc., which wants to scuttle the transaction in its bid to dominate the country’s retail sector.Agreeing with the American e-commerce giant’s petition, the top court on Monday overturned a lower court’s ruling and said the company tribunal can continue hearing the case but must not give a final nod till further orders. The court also sought written statements from Future Retail Ltd. and said it will hear the case after five weeks. Future’s stocks and bonds fell.The latest verdict restores the legal advantage for Jeff Bezos-founded Amazon that secured an interim stay on the deal from a Singapore arbitration tribunal in October. It accused the Future Group of violating a partnership contract when it agreed to sell assets to billionaire Mukesh Ambani’s conglomerate last year. The Monday order, however, endangers Future Retail, which is struggling to pay debt and has warned of insolvency.​​Future Retail’s stock fell as much as 10% and its dollar bond maturing in 2025 gave up earlier gains after the court order Monday, falling the most in two weeks, Bloomberg-compiled prices show. Reliance Industries also slipped as much as 2.6%.Representatives for Amazon India, Future and Reliance Industries didn’t immediately respond to requests for comment.Future Retail can move the Singapore arbitration tribunal to lift the interim stay the emergency arbitrator had imposed, that has formed the basis of Indian Supreme Court’s order.The cash strapped Indian retailer, which says it would collapse should the deal with Reliance fail, is caught between two of the world’s richest men as they compete for dominance in India’s estimated $1 trillion consumer retail market. The legal dispute over Future has turned into a fierce legal wrangle across courtrooms in two countries. Amazon is unwilling to cede any competitive advantage to Reliance in the only billion-people-plus market left in the world after the American firm lost out to local rivals in China.The case is also keenly watched by investors as it sets a precedent on the validity of emergency decisions by foreign arbitrators in India. The verdict comes at a time when Amazon is increasing its footprint in the country. The U.S. firm announced this month that it was setting up manufacturing operations in the South Asian country.(Updates with details throughout.)For more articles like this, please visit us at bloomberg.comSubscribe now to stay ahead with the most trusted business news source.©2021 Bloomberg L.P. Read More... 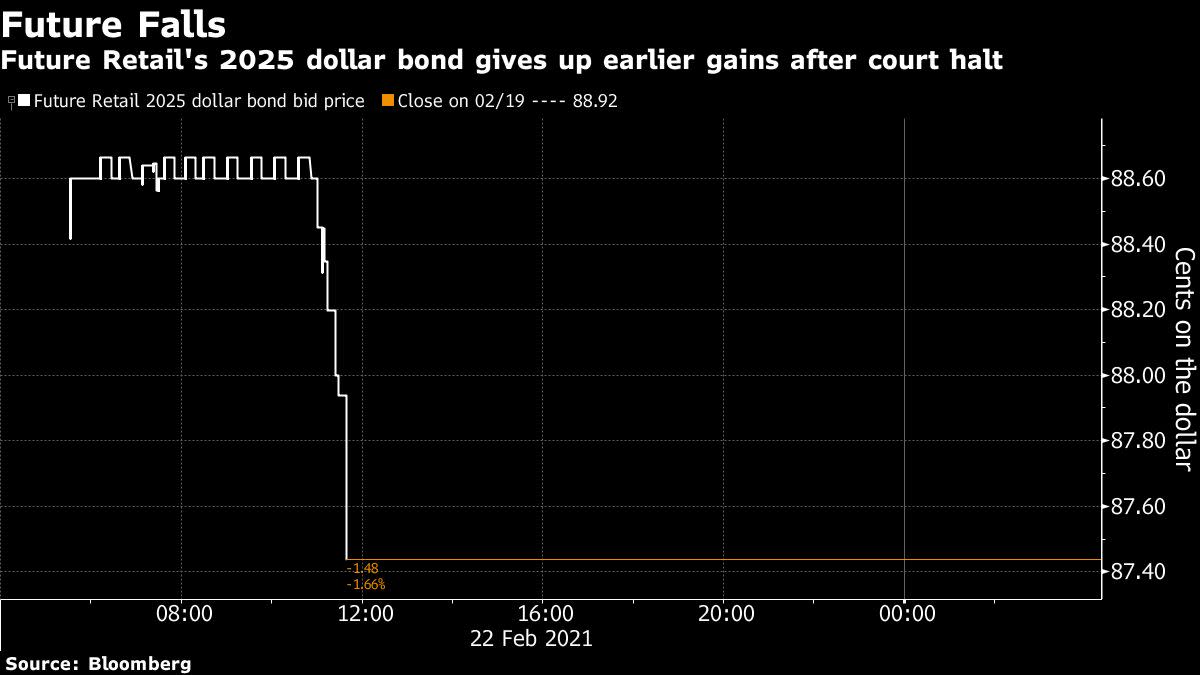 India’s top court bars final tribunal ruling on Future’s $3.4 bln deal
: ‘They can’t coerce the states into doing anything:’ Biden does NOT have the power to enforce in-person learning at K-8 schools — here’s why
Comment

Here's How Warren Buffett Is Tackling the Retail Industry in 2020

Kelley Blue Book: Which is better—the 2020 Ford Edge or the Nissan Murano?

Peter Morici: What Trump needs to do next to earn an ‘A’ in economics

In One Chart: U.S. consumer debt is now above levels hit during the 2008 financial crisis