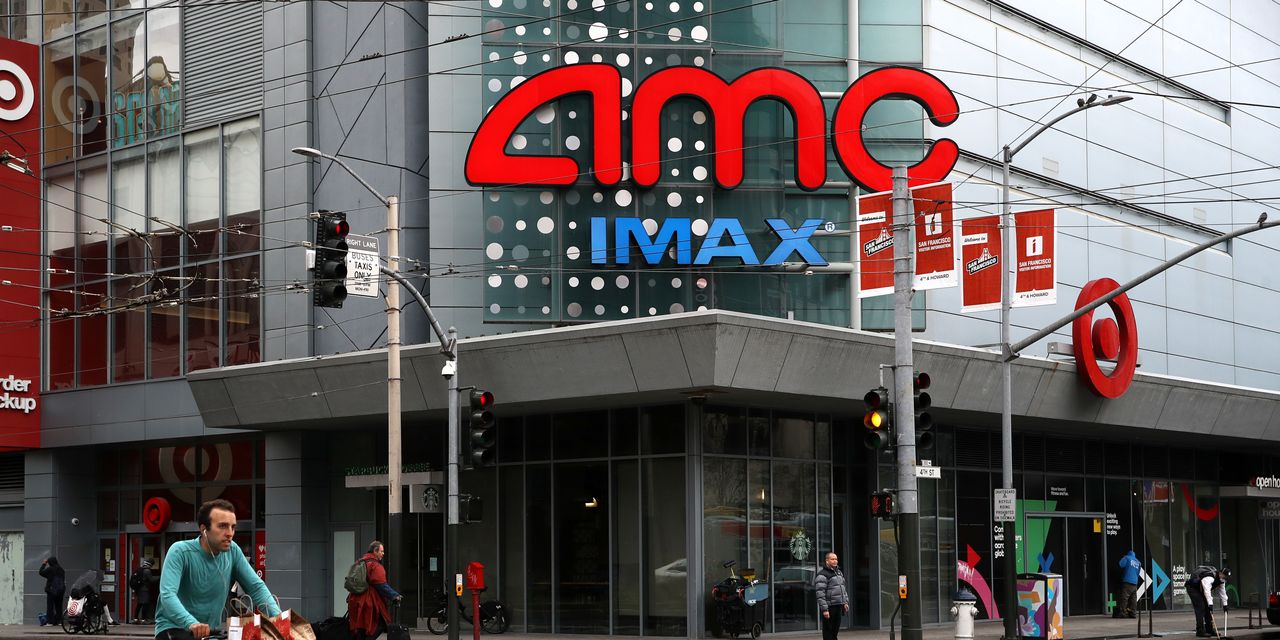 AMC Entertainment Holdings Inc. shares dipped in after-hours trading Tuesday, after the theater chain disclosed plans to sell millions of fresh shares while revealing early returns from reopened theaters, but said it would not ask shareholders to approve the potential sale of 500 million more shares.

In a filing with the Securities and Exchange Commission, AMC AMC, -0.35% said it hopes to sell up to 43 million shares in an at-the-market offering. The company said it would use the proceeds for “general corporate purposes, which may include working capital, the repayment, refinancing, redemption or repurchase of existing indebtedness, capital expenditures and other investments.”

However, the company also disclosed that the board of directors decided not to ask shareholders for permission to sell up to 500 million additional shares at its upcoming annual shareholders meeting, a proposal that had caused some upheaval with analysts and investors. Chief Executive Adam Aron had said last week that if investors approved the plan, he would promise not to sell any of those shares in 2021; the 43 million shares that will be sold were approved by shareholders years ago.

AMC also disclosed preliminary financial results for its quarter ended March 31, as the chain began to reopen more theaters as COVID-19 restrictions eased. AMC said that it expects to lose $567.2 million to $572.2 million on revenue of approximately $148.3 million. In the same quarter a year ago, as the COVID-19 pandemic began to shutter theaters worldwide, AMC reported a loss of more than $2 billion — mostly due to noncash impairment charges from revaluing its properties — on sales of $941.5 million.

Analysts on average were expecting AMC to lose $514.9 million on sales of $158.4 million in the first quarter, according to FactSet.

AMC has raised more than $2 billion in share sales, debt offerings and other moves since last fall, as theater closures walloped its finances. In the podcast appearance last week in which he promised not to sell any of the 500 million shares if investors approved that plan, Aron noted the authorization to sell 43 million shares was still active, but said “we haven’t made any decisions yet.”

For more: AMC’s CEO pledges not to issue shares

“If we need to raise some cash in the short term, remember we already have 43 million shares that are out there that were authorized in the year 2013 that we could use if we wish to raise some cash, if we decide that’s a good idea,” Aron said in an interview that AMC also disclosed in an SEC filing. “We have made no decisions yet. We are thinking about it, but we haven’t made any decisions yet.”

Shares dipped between 1% and 2% in the extended session following the disclosure Tuesday evening. AMC’s stock has not suffered as much as its finances in recent months, as it has been targeted by individual investors who have gathered on Reddit to collectively purchase options and shares in bedraggled stocks like videogame retailer GameStop Corp. GME, +5.23% and former cellphone giants Nokia Corp. NOK, +0.48% and BlackBerry Ltd. BB, +2.20%.

The Moneyist: My mom added me to her bank accounts before she died. Am I legally or morally obliged to disclose these accounts to my siblings?
Alphabet sets profit record, plans $50 billion buyback
Comment

Election: California votes on a new kind of watchdog for Big Tech