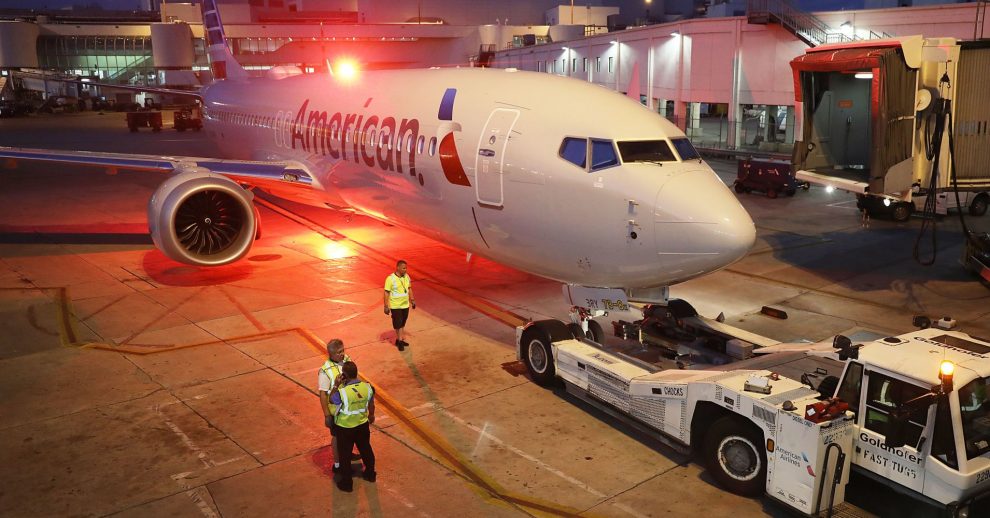 The carrier cut its 2019 earnings forecast as it anticipates a $350 million hit to pretax earnings after grounding its 737 Max fleet. Read more...

American Airlines shares rebounded on Friday after the carrier said it expected its Boeing’s 737 Max jets to be back in the air by mid-August.

American has canceled flights through Aug. 19. On an earnings call Friday, Parker said the date is “as far out into the future as we thought” it will take for the Max to be recertified. He said the company’s primary focus is getting the jet flying again.

“To be clear we are regulated by the FAA [Federal Aviation Administration], we know that that aircraft with our pilots, our training systems, with our aircraft, is airworthy. Certainly will be airworthy if the FAA recertifies it,” he said.

Rival Southwest Airlines on Thursday reported that the Max groundings, as well as the U.S. government shutdown and some maintenance issues, cost the airline more than $200 million in revenue.

Paul Brandus: Trump can help his re-election by doing the one thing he won’t do in the State of the Union address