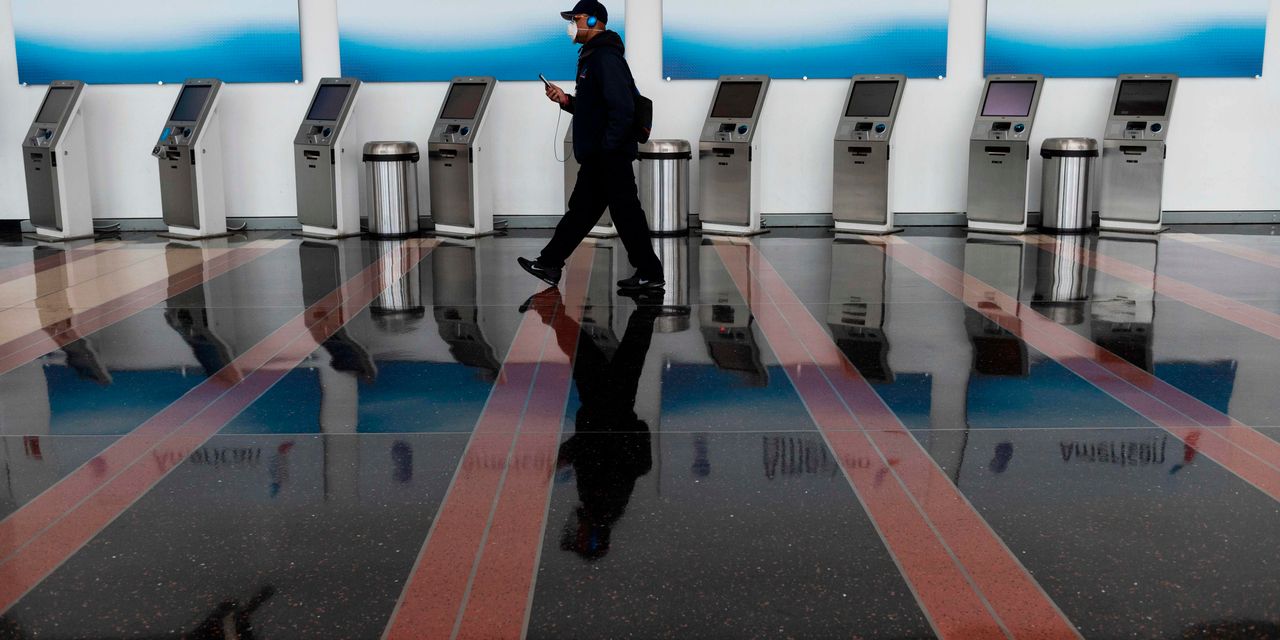 At the onset of the pandemic, airlines and hotels saw nearly identical declines in bookings as Americans quarantined at home, but new research suggests that airlines are having more difficulty mounting a recovery.

Even as COVID-19 restrictions are lifted with more vaccinated Americans feeling comfortable about traveling, airlines are experiencing a slow recovery, according to data from the Adobe Digital Economy Index published this month.

“After a year where travel virtually came to a standstill overnight, all eyes are on the airline and hotel industry,” the researchers wrote. “An increase in vaccinations and consumer confidence have unleashed some pent-up demand.”

“ ‘An increase in vaccinations and consumer confidence have unleashed some pent-up demand.’ ”

The Adobe Analytics report analyzed transactions from 6 of the top 10 U.S. airlines, and 8 of the top 10 U.S hotels, an analysis that comprised “150 billion visits to travel, leisure and hospitality sites.”

While hotels are keen to lure people back in the face of stiff competition from Airbnb ABNB, airfares rose by 17% over April and May from March this year, according to Bureau of Labor Statistics Consumer Price Index data.

What’s more, some 29% of people polled don’t feel safe flying due to being in close proximity with other travelers and the risk of catching the coronavirus, Adobe said. While more than half (57%) said they’d feel safe staying at a hotel.

The industry’s financial performance will be more varied this year than we expected in December, the International Air Transport Association said, citing “difficulties in controlling the virus variants and slower vaccination in some regions.”

“Large airlines have raised sufficient cash to cover this already. Many smaller airlines haven’t and will need government aid or to raise more cash from the banks or capital markets — adding to the industry’s debt burden,” IATA added.

Some airlines have cut flights to cope with the the economics of scale involved in flying planes that are not near full. American Airlines AAL, -0.58% said on Sunday it will scrap 1% of planned flying in the first half of July or about 950 flights.

“ ‘Large airlines have raised sufficient cash to cover this already. Many smaller airlines haven’t and will need government aid.’ ”

The jump in airfare appears to be pushing consumers to use airline points or credits from canceled flights instead of cash, Adobe said. Hence why consumers are spending less money on flights even as pandemic-record levels of Americans fly.

On Sunday, 2.1 million Americans were screened by the Transportation Security Administration, a single-day pandemic record number of passengers, according to federal data. That’s 600,000 fewer travelers compared to June 20, 2019.

Another factor contributing to the disparity between hotel bookings and flights is that business travel hasn’t bounced back. Only 11% of U.S. consumers plan to travel for business in the next six months, according to an Adobe survey of 1,000 people.

“The lack of business travel — as companies take a careful approach to re-opening — and lingering consumer hesitation are prolonging the road to recovery,” the Adobe Analytics report states.

Major U.S. airlines, including legacy carriers such as American Airlines and United Airlines Holdings Inc.  UAL, -0.85% and relative newcomers such as JetBlue Airways Corp.  JBLU, -1.09% are chasing that same, narrow segment of customers.

Moreover, they got saddled with debt to remain afloat during the pandemic and face structural headwinds, with concerns about inflation and rising fuel prices. Major U.S. airlines received about $50 billion in government bailouts and grants.

Claudia Assis contributed to this report.

The Conversation: Fox News vs. MSNBC: Which network talks of ‘hate’ more often?

Personal Finance Daily: The number of Americans skipping mortgage payments drops for the first time since March and delaying graduation could have long-term financial consequences

: This fund manager’s record of outperformance is stellar — and he’s willing to share his system with you