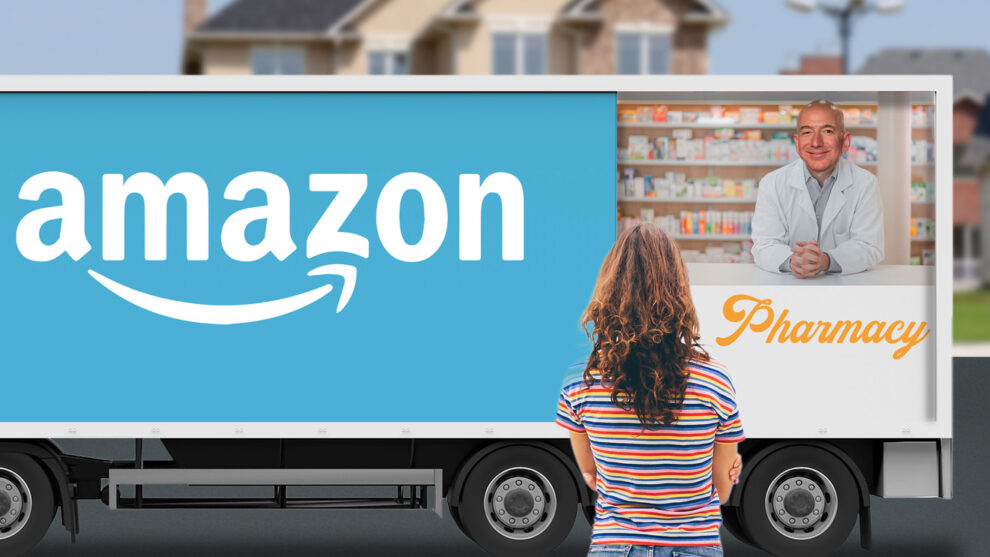 What the e-commerce behemoth’s entry into the pharmacy business could mean for consumers’ health and wealth Read More... 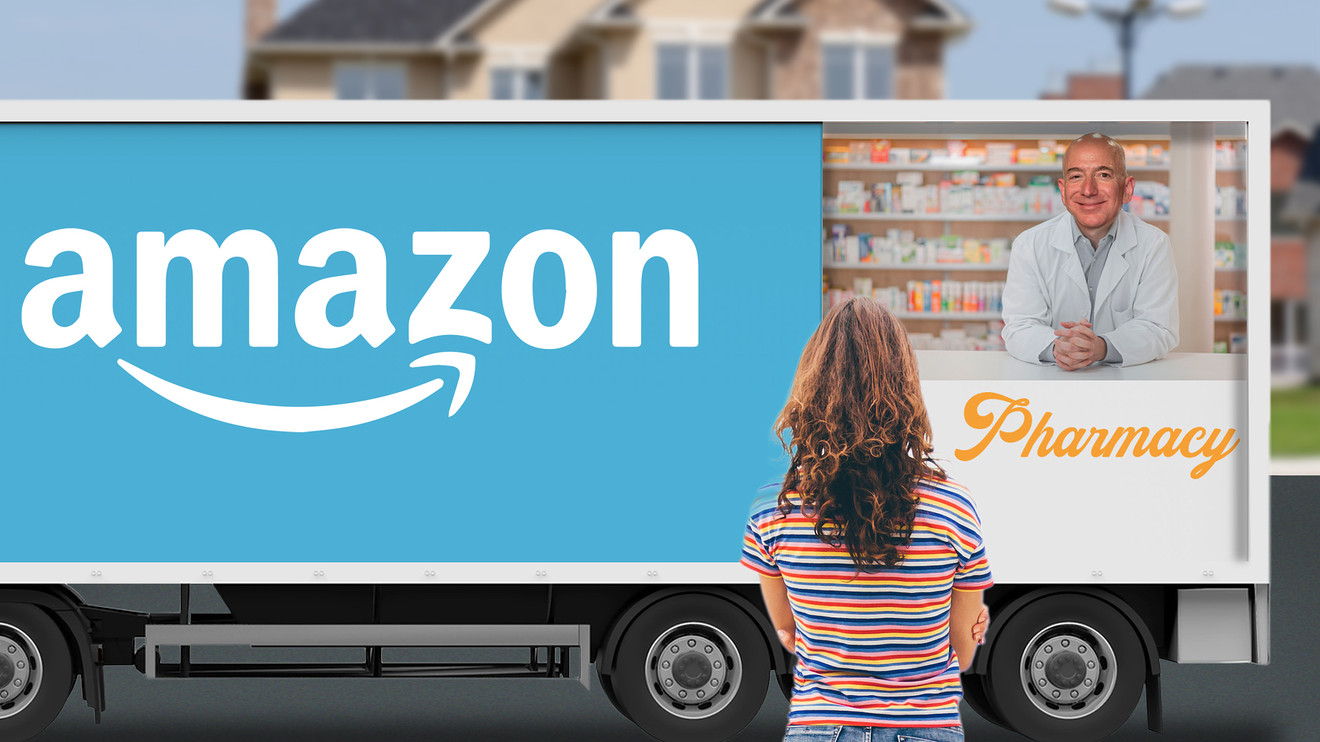 An Amazon Prime membership already gets you deals on retail goods, snappy deliveries and access to video-streaming content.

Now, the e-commerce behemoth says it will also get you free two-day deliveries at the newly-announced Amazon Pharmacy, as well as savings on generic and brand-name medication.

So what does that mean for consumers’ health and wealth — especially seeing that Americans pay more than anyone else for their prescription medication, and that medical expenses can be a burden for many?

There’s the potential for lower drug costs and more clarity on pricing, experts told MarketWatch, but also the risk of losing an important in-person bond with a pharmacist.

“More competition is generally good for consumers. It’s probably not great for retail pharmacies. It sort of depends on what Amazon does from here,” said Craig Garthwaite, a professor at Northwestern University’s Kellogg School of Management who studies drug pricing.

Earlier this week, Amazon AMZN, -0.56%   announced two separate, but related forays into the pharmacy world. There’s the establishment of Amazon Pharmacy, which is open to anyone and lets users buy and manage prescriptions. A Prime member also gets unlimited free two-day deliveries coming in “discreet packaging.”

Additionally, the company said Prime members can save up to 80% on generic medication, and 40% on brand names when they pay without insurance.

At check out, customers can compare what it will cost if a co-pay applies, what the price is without insurance and what savings are through Prime membership, an Amazon spokeswoman said. “Customers should always consider other factors, such as their deductible,” she added.

Prime members paying without insurance can also get the savings at 50,000 pharmacies across the country by presenting their Amazon savings card.

Amazon is coming into a market that’s a far cry from retail, video streaming or cloud computing services.

Americans paid an average of $1,397 yearly on prescription drugs and medical goods in 2018, according to the Kaiser Family Foundation and the Peterson Center on Healthcare, two organizations focused on the country’s health-care system.

People living in comparable countries, like Canada and the U.K., paid $884 for the same medication and goods, researchers said.

Other comparable countries tend to have centralized health-care systems with a government entity that has purchasing power to negotiate lower deals, explained Karyn Schwartz, senior fellow at Kaiser Family Foundation.

In America, pharmacy benefit managers, companies handling a health insurer’s prescription benefits, are doing the negotiating, Schwartz said. “They each control sizable shares of the market, but not the entire market. So there are not the price controls the way there are in other countries.”

Many people have to pay up to the deductible before their plan kicks in with co-pays and co-insurance (where the plan user and the carrier each pay certain percentages of the cost). Almost one quarter of people who get their coverage through an employer use a high-deductible plan and health savings account, Schwartz said.

Those are deep structural cost issues that Amazon’s entry isn’t altering, Schwartz said. “It doesn’t change the fact that if you develop new effective cancer treatment for a cancer for which there’s no current treatment, there’s not any U.S. system to prevent you from charging a lot.”

“I’m reluctant to describe it as good or bad,” Schwartz said about Amazon Pharmacy. It’s “another option for people looking to get discount on generic and brand drugs.”

“ Amazon Pharmacy was ‘good for people who are really exposed to the price of pharmaceuticals.’ ”

Garthwaite was less hesitant. Amazon Pharmacy was “good for people who are really exposed to the price of pharmaceuticals,” he said.

“In the short run, the biggest benefit in pure financial savings is for uninsured customers. This is giving relatively convenient options and access to low cost drugs.”

Prices likely wouldn’t be too much lower for insured users. Their costs could be lower on some generic medication, but “those are cheap to start with.”

Another win for consumers is a more transparent medication shopping process, he added.

Amazon Pharmacy might have financial appeal to some, but what about the overall goal of better health?

Americans ordered 0.52 prescriptions by mail last year per capita, according to the Kaiser Family Foundation. By contrast, they picked up 11.6 prescriptions per capita at pharmacies, researchers said.

Like a family physician, many patients over time develop bonds with their pharmacists.

“ ‘If you have a relationship like that with your pharmacist you’re able to share with them things that are going on with your health and with your medicine, that helps them help you.’ ”

“If you have a relationship like that with your pharmacist you’re able to share with them things that are going on with your health and with your medicine, that helps them help you,” said Douglas Hoey, CEO of the National Community Pharmacists Association, a trade group representing over 21,000 pharmacies nationwide.

Americans are also increasingly receiving flu, pneumonia and shingles vaccines at their local pharmacies, Hoey told MarketWatch. “There’s only so many things you can do over a Zoom ZM, +6.10%  meeting. Getting a flu shot and eventually, a COVID vaccine is not one of them.”

Still, three-quarters of the pharmacies in the organization were already doing same-day delivery — and the rate’s increased even more since the pandemic, Hoey said.

(A Walgreens WBA, -0.84%  spokeswoman said the national chain has also seen an uptick in same-day and next-day delivery services, as well as orders coming online and via the company’s app. “We believe this is driven in large part by shifting consumer behaviors during the COVID-19 pandemic.”)

The Amazon Pharmacy roll out addresses the in-person issue, a spokeswoman said. “For some customer’s needs and preferences that will continue to be the pharmacy they choose. The new Prime benefit can be used at participating local pharmacies nationwide.”

How that plays out in the future remains to be seen.

But past research suggests the pharmacist relationship plays an integral role in assuring patients with chronic diseases will take medication their doctors prescribe them, according to a 2012 peer-reviewed study published in the Annals of Internal Medicine.

The impact of nonadherence is “between $100 billion and $300 billion of avoidable health care costs,” annually in the U.S. “representing 3% to 10% of total U.S. health-care costs,” according to a 2014 study from Johns Hopkins Bloomberg School of Public Health researchers.

But people might not be filling prescriptions because they can’t afford them in the first place, other studies say.

For example, more than 11% of surveyed adults said they didn’t take their medicine as prescribed to save on their prescription-drug costs, according to 2019 research from the National Center for Health Statistics, which is within the Centers for Disease Control and Prevention.

Meanwhile, 19.5% asked their doctor to prescribe them lower-cost medication, the survey found.

This Digital Health Startup Has Joined Forces With Amazon and Nike. Should Investors Take Notice?
A grim test case on how paid-leave and child-care policies failed to close gender pay gap
Comment