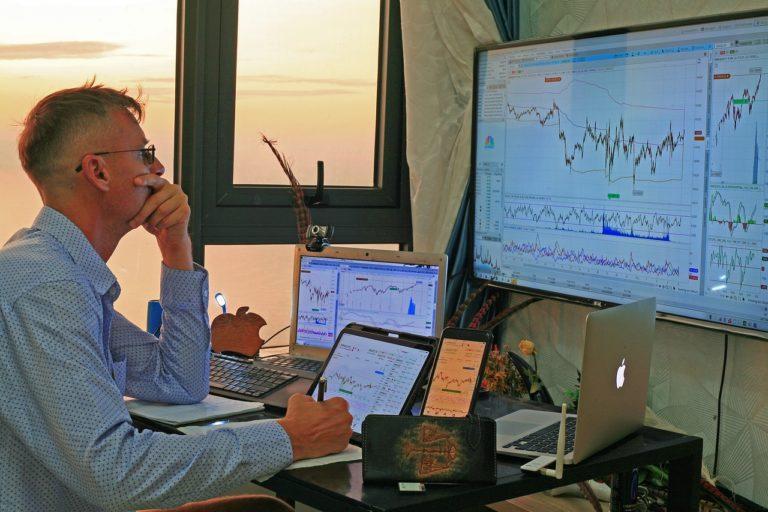 In this article, we discuss 10 stocks that analysts just increased the price targets of. If you want to see some more stocks that were favored by analysts, go to Analysts Just Increased Price Targets of These 5 Stocks. The US equity market is in the red today as the initial jobless claims for the […] Read More...

In this article, we discuss 10 stocks that analysts just increased the price targets of. If you want to see some more stocks that were favored by analysts, go to Analysts Just Increased Price Targets of These 5 Stocks.

The US equity market is in the red today as the initial jobless claims for the week ended on June 4 were reported at their highest level since January. The total number of claims saw an increase of 27000 from the preceding week and exceeded the Dow Jones estimate of 210,000. A rise in the initial jobless claims can be a precursor to an economic downturn. As of 12:12 PM ET, the S&P 500 Index, the Dow 30 Index, and the NASDAQ Composite Index are all down 0.69%, 0.57%, and 0.80%, respectively. Popular stocks such as Meta Platforms, Inc. (NASDAQ:META), Apple Inc. (NASDAQ:AAPL), and Microsoft Corporation (NASDAQ:MSFT) also reported a decline in stock prices.

On the brighter side, analysts increased the price targets of multiple stocks today. Let’s look at why these stocks received upward revisions in price targets and discuss how hedge funds are positioned in them.

Couchbase, Inc. (NASDAQ:BASE) has soared 14.66% as of 12:08 PM ET after the California-based provider of the flexible and scalable modern database for cloud and data centers reported better-than-expected results for Q1 2022. Revenue and loss per share were posted at $34.9 million and 32 cents, respectively, and outperformed the consensus estimate of $32.61 million and 39 cents. For Q2 2022, Couchbase, Inc. (NASDAQ:BASE) expects revenue to be around $35.8 million to $36 million. The midpoint of $35.9 million is $530,0000 higher than the consensus estimate of $35.37 million. Following the positive results, Sangita Singh at Morgan Stanley increased the price target on Couchbase, Inc. (NASDAQ:BASE) from $17 to $18, reflecting an upside potential of 27.2% from the last closing price.

“In the fourth quarter, the Fund was down 3.13% versus the Russell 2000 Growth Index, which was roughly unchanged. For the full-year 2021, the Fund was up 4.89% and beat the 2.83% return of the Russell 2000 Growth Index by 2.06%. The lion’s share of the underperformance in the fourth quarter was due to stock selection in the Information Technology (IT) and Health Care sectors. In IT, there was a fairly even spread of winners and losers for the quarter, though IPO profit taking affected Couchbase, Inc. after big third quarter gains.

Couchbase, Inc. provides modern database software that collects and stores data and powers enterprise applications, for which there is no tolerance for disruption, inaccuracy, or downtime. We wrote about our initial investment in this exciting company in our last quarterly letter. Its solution is fast (it utilizes caching, or retrieval from memory versus hard drives), scales to large amounts of records (which is expensive for old-style relational databases, and not even possible with some of the other NoSQL solutions), and works in all settings (on-premise, in the cloud, or in mixed hybrid environments). Couchbase, with revenues of $150 million, is addressing a large total market of $62 billion, which is slowly migrating to the cloud and using less rigid database structures. We added to our investment in the quarter when shares sold off due to multiple compression in the software sector. We believe that the selling was significantly overdone, and Couchbase now sells at a multiple that is about 25% of its main competitor. We believe that on an absolute and relative basis this 25%-plus grower is meaningfully undervalued.”

Cigna Corporation (NYSE:CI) was mentioned in the Q4 2021 investor letter of Davis Funds. Here’s what the firm said:

“Healthcare is included in the portfolio both for company-specific reasons, as well as big picture trends. At the company level, we hold select companies in pharmaceuticals, healthcare services and health insurance at attractive valuations. This is at a time when the average age of the U.S. population is fast approaching 40, older than Asia-Pacific and a little younger than the aged populations of Europe and Japan. The number of seniors in the U.S.—i.e., 65 years or older— now surpasses 54 million, or about 15% of the population. Seniors, on average, take a much greater number of medications and account for a large and disproportionate share of healthcare spending, and we expect that trend to continue due to both raw demographics and a proliferation in the number of available treatments and services available now, the latter being driven by innovation and investment in the healthcare industry. Representative holdings in the Fund include Cigna, United Health Group, Viatris and Quest Diagnostics.”

Overall, 63 hedge funds reported owning a stake in Cigna Corporation (NYSE:CI) at the end of Q1 2022. Renaissance Technologies was the leading hedge fund investor in the company during the first quarter of 2022.

L1 Capital shared its insights on Teck Resources Limited (NYSE:TECK)  in its Q4 2021 investor letter. Here’s what the firm said:

“Detailed, bottom-up stock research remains the investment team’s primary focus and the core driver of portfolio performance. 2021 once again demonstrated the team’s ability to identify ‘winners’ through extensive company and industry research across a diverse range of sectors. Key contributors included Teck Resources, (due to its) strong operating performance along with rising copper, coking coal and zinc prices. Construction of one of the world’s largest copper mines (QB2) remains on track.”

Disclose. None. Analysts Just Increased Price Targets of These 10 Stocks is originally published on Insider Monkey.