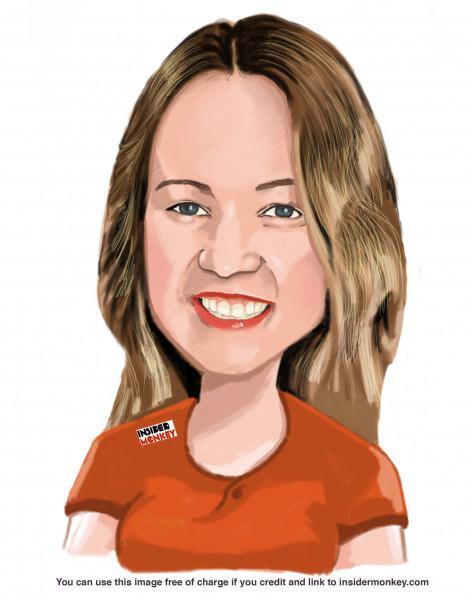 Anna Nikolayevsky’s Axel Capital Management is a New York-based hedge fund that was founded by Nikolayevsky in 2002. The fund employs a fundamentally driven long/short strategy as it seeks out investments across a variety of different sectors and regions.

Nikolayevsky’s fund was honored as both the Emerging Fund of 2015 and the Emerging Global Equity Fund of 2015 at the Investor’s Choice awards after its Axel Balanced LP fund returned 27.49% for the year on the heels of 35.98% gains in 2014.

The overall value of Axel Capital Management’s 13F portfolio stood at $78.3 million on March 31, down from $102 million a quarter earlier. The fund’s portfolio had a significant amount of turnover during the first quarter, as Nikolayevsky added 9 new stocks to it, while selling off 12 former positions. Nikolayevsky notably bailed on tech stocks during the quarter, lowering her exposure to the sector to just 18% as of March 31 from nearly 44% at the end of 2021. In their place, Nikolayevsky invested heavily in healthcare and finance stocks.

In this article, we’ll take a look at ten of the positions Nikolayevsky sold off during Q1, including Roblox and several other large tech holdings.

All hedge fund data is based on the exclusive group of 900+ funds tracked by Insider Monkey that filed 13Fs for the Q1 2022 reporting period.

Anna Nikolayevsky Is Selling Off Roblox and These 9 Stocks

Number of Hedge Fund Shareholders (as of March 31): 73

Roblox Corporation (NYSE:RBLX), Meta Platforms, Inc. (NASDAQ:META), and Unity Software Inc. (NYSE:U) are some of the prominent tech stocks that have been sold off by Anna Nikolayevsky in recent months. QUALCOMM Incorporated (NASDAQ:QCOM) is another, as the hedge fund manager unloaded her 8,000 shares of the semiconductor company during Q1.

QUALCOMM Incorporated (NASDAQ:QCOM) continued to dominate the application processor market during Q1, taking home 44% of the market’s revenue. Apple Inc. (NASDAQ:AAPL) was a distant second at 26%, while MediaTek ranked third at 19%.

MediaTek continues to rapidly close the gap with QUALCOMM Incorporated (NASDAQ:QCOM) in the U.S system on a chip (SoC) market however. In April, QUALCOMM’s lead fell to just two percentage points at 47% to 45%, down from a 66% to 30% gap just a year earlier. While QUALCOMM maintains a sizable edge in the premium segments of the U.S market, MediaTek has taken control of the budget end of the market. The Taiwanese chipmaker is now setting its sights on the mid-range market, which appears to have QCOM (or former QCOM) investors like Nikolayevsky worried, as MediaTek’s high-performance, cost-effective chips could quickly supplant QUALCOMM’s offerings as the most desirable for smartphone makers.

Number of Hedge Fund Shareholders (as of March 31): 76

During Q1, Anna Nikolayevsky sold off all 25,000 shares of NextEra Energy, Inc. (NYSE:NEE) her fund had owned as of December 31, closing the NEE position she had just opened during Q4. While we don’t know the exact timing of Nikolayevsky’s buying and selling of NEE shares, the moves appear to have worked out well for her. NEE shares gained 18.9% during Q4 before stumbling by 9.27% in Q1. They’ve lost another 16.7% of their value so far in Q2.

While NextEra Energy, Inc. (NYSE:NEE) delivered strong Q1 results in April, its forecast for the remainder of 2022 appears to be more muted, as the company did not raise its full-year EPS or distribution projections. Some of that tepid forecast is due to uncertainty surrounding a U.S. Department of Commerce anti-dumping review concerning solar cell and module makers in Malaysia, Thailand, Vietnam, and Cambodia.

NextEra Energy, Inc. (NYSE:NEE) believes that between 2.1 to 2.8 gigawatts of the company’s planned 2022 solar and storage build could be pushed into 2023 due to the uncertainty. A final ruling on the matter from the U.S. Department of Commerce isn’t expected until the end of August.

Number of Hedge Fund Shareholders (as of March 31): 26

Anna Nikolayevsky sold off 78% of her fund’s stake in Livent Corporation (NYSE:LTHM) during Q4, reducing it to an even 100,000 shares. She finished the job in Q1, unloading her remaining 100,000 shares in Livent, which ranks as one of the 15 Most Valuable Lithium Companies in the World.

Thanks to rising lithium prices, Livent Corporation (NYSE:LTHM) had an exceptionally profitable first quarter by its standards, earning $53 million. That quarterly profit was greater than the company’s profit during four of its past five full years. The performance also helped push LTHM shares up by 35% this year through late-May until a Goldman Sachs report threw some cold water on the stock’s sizzling trajectory.

Goldman Sachs anticipates lithium prices will plunge by 73% next year, before rebounding somewhat in 2024 and beyond. With the stock having been bid up quite a bit in 2022, worried investors began bailing on Livent Corporation (NYSE:LTHM) before the company’s profitability bails on them. LTHM shares have slumped by 26% since May 27.

Number of Hedge Fund Shareholders (as of March 31): 72

Axel Capital Management also unloaded its entire 5,000-share stake in Shopify Inc. (NYSE:SHOP) during Q1. It was far from the only fund to do so, as 18% of the company’s former hedge fund shareholders unloaded the stock from their 13F portfolios during the quarter.

Shopify Inc. (NYSE:SHOP) shares have been battered in 2022, losing 78% of their value amid recession fears, weakening e-commerce demand, and poor profitability from the company. Shopify widely missed earnings expectations in Q1, pulling in adjusted EPS of just $0.20, a mere fraction of the $0.88 that analysts were projecting. Revenue likewise missed the mark by a wide margin, coming in at $1.2 billion against $1.6 billion estimates.

Not every hedge fund lost faith in Shopify Inc. (NYSE:SHOP) during Q1 however. Polen Capital used the stock’s downswing as an opportunity to further build its position in the company at what it believed to be an attractive valuation. The fund had this to say about Shopify in its Q1 2022 investor letter:

“We added to the Portfolio’s position in e-commerce company Shopify in the first quarter after a sharp share-price decline. This brought the Portfolio’s weighting in the company to 2%. We believe Shopify provides a uniquely positioned platform, and we like the company’s strategy of continuing to invest in its business in an effort to strengthen its competitive advantages. The market’s affinity for businesses like Shopify may have changed, which created an opportunity for us to build our position in the company at what we believed to be compelling valuations.”

Closing out the first half of the list is another chipmaker that Anna Nikolayevsky was selling during Q1, NVIDIA Corporation (NASDAQ:NVDA). After selling off half her NVDA stake during Q4, 25,000 shares, she unloaded the remaining 25,000 shares during Q1. The sales appear to be well-timed, as NVDA shares gained 42% during Q4 and maintained most of those gains during Q1 after rebounding from a January slide in late-March. However, it’s been a different story in Q2, as NVIDIA Corporation (NASDAQ:NVDA)’s stock has tumbled by 41%.

One of the 30 Most Popular Stocks Among Hedge Funds: 2022 Q1 Rankings, NVIDIA Corporation (NASDAQ:NVDA) is the king of the gaming GPU market, with a sizable lead over its biggest rival Advanced Micro Devices, Inc. (NASDAQ:AMD). Having huge market share in a growing market is tremendous; having it in a shrinking market, not so much. The latter has been the case in recent quarters, as PC GPU shipments fell by 6.2% quarter-over-quarter during Q1, though NVIDIA’s shipments actually rose by 3.2%.

Nonetheless, NVIDIA investors appear to be concerned about the slowing gaming market now that global lockdowns are over, as well as the looming GPU competition from Intel Corporation (NASDAQ:INTC), which is developing integrated GPU’s that could rival NVIDIA’s standalone offerings. AMD is also taking aim at NVIDIA’s burgeoning data center business, which recently surpassed its gaming division in quarterly revenue for the first time.

In the second-half of this article, we’ll take a look at Anna Nikolayevsky’s sales of prominent tech stocks Roblox Corporation (NYSE:RBLX), Meta Platforms, Inc. (NASDAQ:META), and Unity Software Inc. (NYSE:U), among others.

Click to continue reading and see why Anna Nikolayevsky Is Selling Off Roblox and These 4 Stocks.

Disclosure: None. Anna Nikolayevsky Is Selling Off Roblox and These 9 Stocks is originally published at Insider Monkey.