According to data from Johns Hopkins University, the U.S. has had 750,410 people die from the coronavirus since the pandemic began in early 2020, as of Wednesday night. Read More... 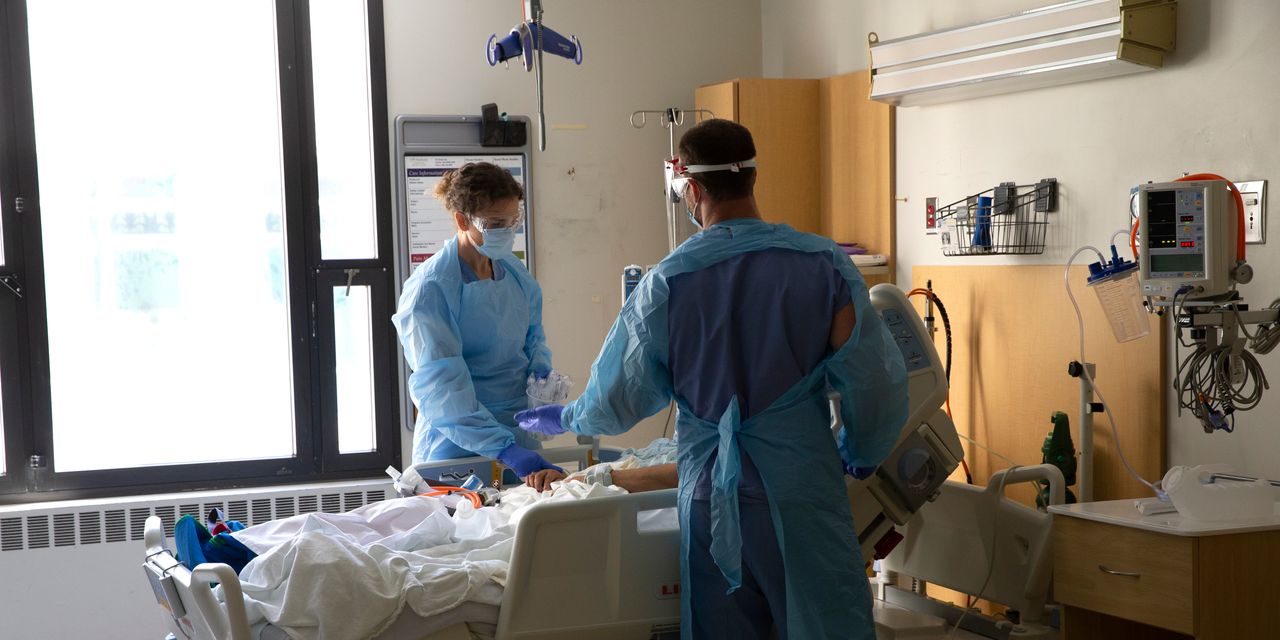 According to data from Johns Hopkins University, the coronavirus has killed 750,410 Americans since the pandemic began in early 2020, as of Wednesday night.

More than 46.2 million Americans have been infected with the virus. The U.S. leads the world in both of those figures, by a wide margin. Brazil has the second-most deaths, with more than 608,000, according to Hopkins data.

Meanwhile, the government has said there is enough Pfizer PFE, -1.39% vaccine on hand to inoculate the nation’s 28 million children between the ages of 5 and 11. The Centers for Disease Control and Prevention on Tuesday approved the vaccine for kids, and some received their first shots Wednesday.

About 78% of Americans 12 and older have gotten at least one shot, with 68% fully vaccinated, according to New York Times data. Overall, about 67% of the U.S. has received one shot, and 58% are fully vaccinated.

Tax Guy: It’s not too late — you can still trim your 2021 tax bill. Here’s how.
The Wall Street Journal: MGM to sell operations of Mirage on Las Vegas Strip
Comment

How Netflix’s overseas expansion fueled its explosive growth in subscribers

TaxWatch: Some lower-tax states won big in the 2020 Census count. Are Americans really moving to escape the taxman?