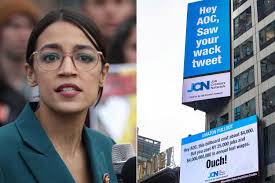 For context: There are only $14 trillion dollars. Period. And that’s the M2 supply, which counts some things that aren’t real money.

The “Green New Deal” will cost more than six times the amount of dollars that exist.

Worse still — there are only $36.8 trillion in total money in the world counting all currencies. The “Green New Deal” will cost more than double the amount of money that exists.

Counting “near-money” like investment-grade bonds (which is really just a loan and not real money), the total global supply of money — all currencies, all nations, including money-like instruments — is $90.4 trillion. (Same link.)

The “Green New Deal” costs even more money than that.

So if everyone in the world donated every penny they have to the “Green New Deal” and subsequently went on to starve to death and not be able to pay their bills, resulting in global financial collapse — it still wouldn’t be able to paid for.

Outside the Box: Which investment is a better inflation hedge: TIPS or I Bonds?

Ray Dalio, Manager of World’s Biggest Hedge Fund Lowers His Risk Of A Recession.
Premarket: 7 things to know before the bell
Comment

These 3 Tech Stocks Are Huge Winners of the Coronavirus Pandemic

IBM Just Announced Earnings: What's Next for the Tech Giant?