(Bloomberg) -- The head of fitness company Yoga Buddhi Co. voiced a litany of frustrations Tuesday about marketing his business through Apple Inc., including being told the login page for his app had the wrong background color.It was a small gripe, but Epic Games Inc. is counting on the testimony of Benjamin Simon about his Down Dog app to make a larger point at a trial where the game maker is accusing Apple’s App Store of cheating developers and consumers with exorbitant fees and onerous rules.The trial before a federal judge in Oakland, California, comes as Apple faces a backlash -- with billions of dollars in revenue on the line -- from global regulators and some app developers who say its standard App Store fee of 30% and others policies are unfair and self-serving.The fight with Epic blew up in August when the game maker told customers it would begin offering a discounted direct purchase plan for items in its blockbuster Fortnite game, and Apple then removed the game app, cutting off access for more than a billion customers.To help make its case that the App Store is run like a monopoly in violation of federal antitrust law, Epic has lined up executives from other companies to testify that store policies severely limit their freedom to market their products as they would like.Among Simon’s complaints was that Apple restricts developers from communicating to users that their services are available on the web at cheaper rates.The judge also heard Tuesday from an executive at Nvidia Corp., who said Apple didn’t approve an iOS app version of its game streaming service, blocking gamers from installing the service on their mobile devices through the App Store.Read More: FreeFortnite Hecklers Add a Shout-Out to Epic-Apple TrialOn Wednesday, Epic’s lawyers are scheduled to question a vice president in the Xbox unit of Microsoft Corp., which has supported the game maker in its battle with Apple.Apple, which vehemently denies abusing its market power, has portrayed Epic as an opportunist that wants to get all the benefits of the App Store without paying for them.The iPhone maker used its cross-examination Tuesday of Epic’s chief executive officer, Tim Sweeney, to try to poke holes in some of the game maker’s antitrust claims.Richard Doren, a lawyer for Apple, got Sweeney to acknowledge that Apple made accommodations to provide choices for gamers that weren’t available to them from Sony Corp.’s PlayStation.Sweeney also was asked why he uses an iPhone over an Android phone -- a query meant to bolster Apple’s argument that App Store policies are designed to protect consumers from malware and security threats.How Apple’s App Store Sparked an Epic Trial: QuickTakeFor Apple, security and privacy are “fundamental differentiators,” Doren said. “You personally prefer to use iPhone because Apple’s approach to protecting your privacy is superior to Google’s?” he asked.Sweeney said, “That’s among the reasons.”For more articles like this, please visit us at bloomberg.comSubscribe now to stay ahead with the most trusted business news source.©2021 Bloomberg L.P. Read More... 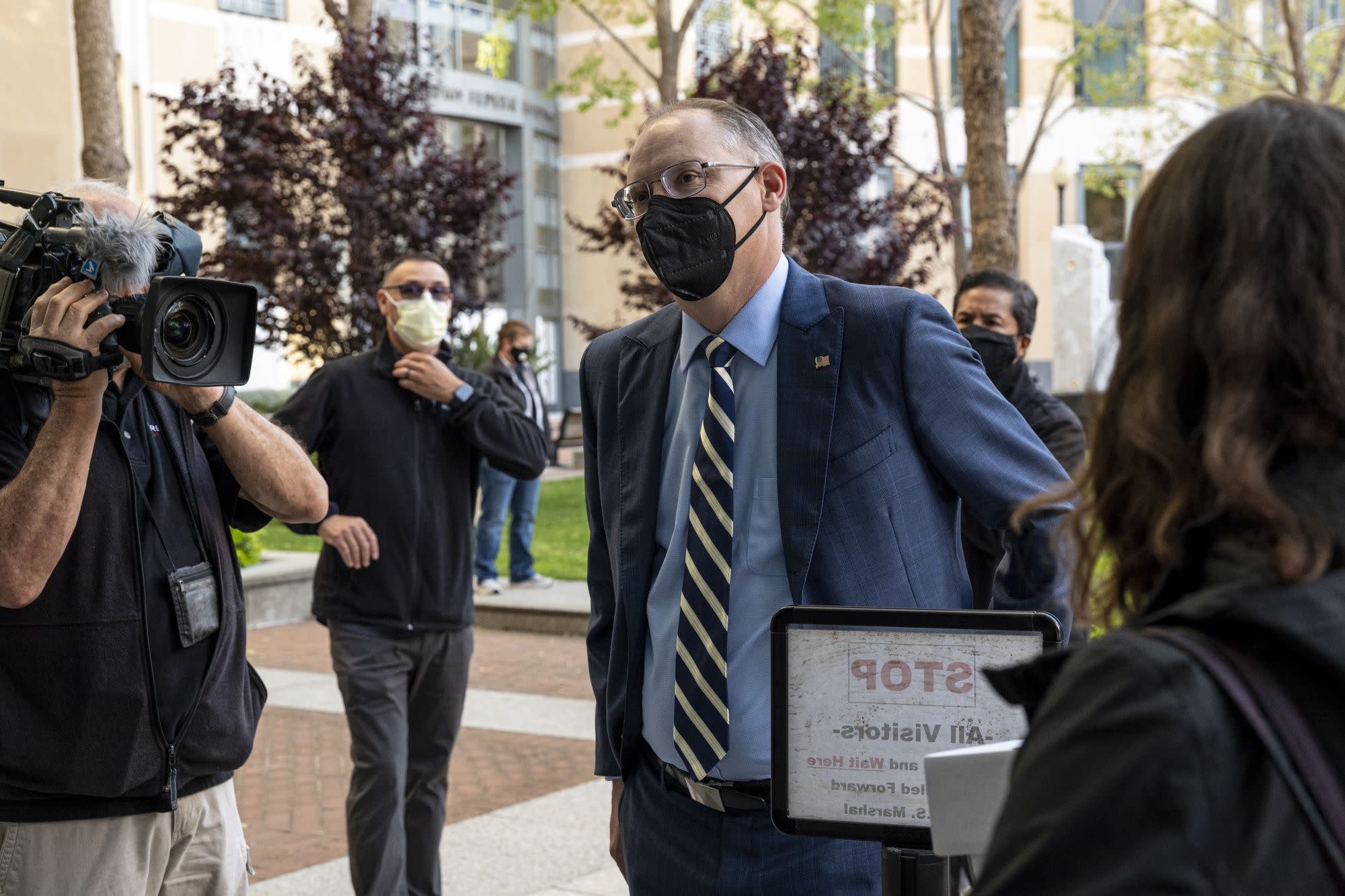 Peter Morici: Stuck in the netherworld between pandemic and recovery, it’s time for reasonable people to say ‘enough’
Dispatches from a Pandemic: COVID-19 was never going to have a Hollywood ending
Comment

Facebook confirms it has acquired Kustomer, sources say for $1B

The Moneyist: My husband placed his money in a trust before we married, and used it to buy properties. We’re getting divorced. Am I entitled to any of these?

5 Stocks Financial Advisors Are Checking Out