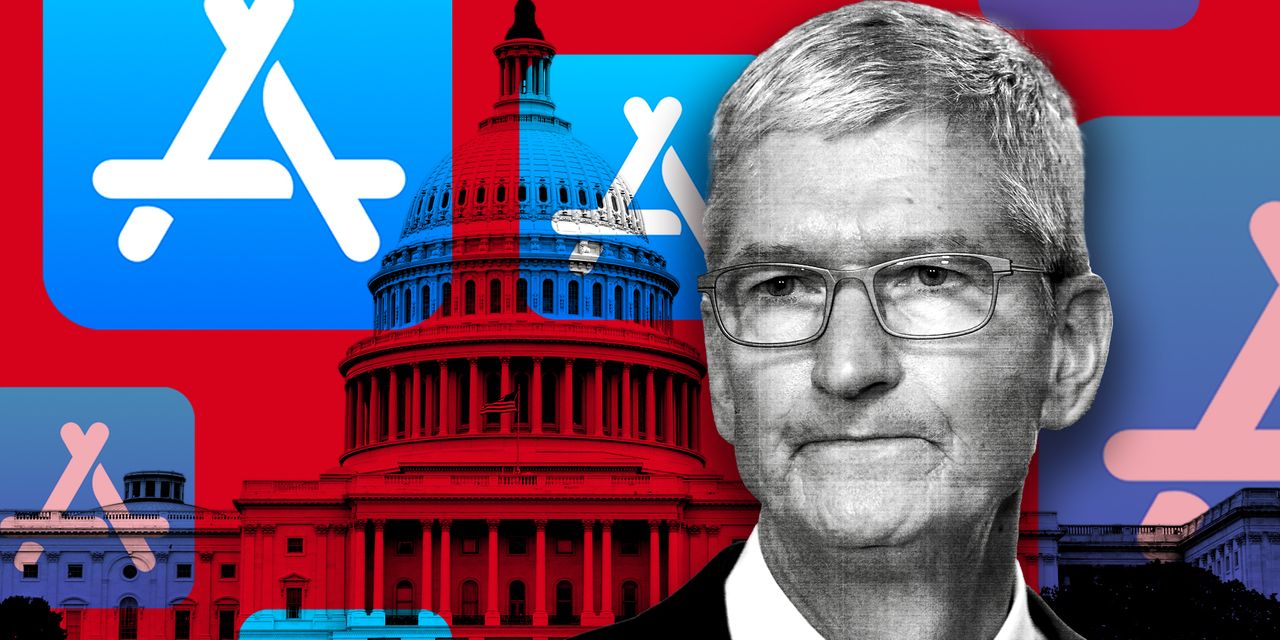 But Cook did endure a grilling on cross-examination from an Epic attorney as well as the presiding judge in the case, underscoring sharply divided opinions on the closely watched case.

The App Store has been one of the most important job growth segments in the past decade, but Apple AAPL, -1.48% does not have a dominant share in mobile devices, Cook said in four hours of testimony that effectively concluded Apple’s defense in the three-week-old antitrust case.

Among other things, Epic is seeking an order that would require Apple to permit so-called “sideloading” and alternative app stores. The consequences of such a move, Cook warned, would create a “toxic mess” on the App Store and compromise consumers.

Throughout his first-time trial testimony, Cook highlighted the “many, many” improvements Apple made to the App Store since its launch in 2008, with “massive” investments to ensure consumer and developer security. But it has not abused the store’s “economic miracle” — it has helped create 2 million jobs and $138 billion in commerce in the U.S. — to gain an unfair competitive advantage, he added.

When cross-examined by Epic lawyer Gary Bornstein on the App Store’s profitability, security on the store, and accusations of retaliation by Apple against critical developers, Cook cooly defended his turf.

Bornstein brought up a New York Times investigation that concluded Apple and Cook compromised individuals’ personal information to curry favor in China, where Apple gleans about 20% of its revenue.

“Governments have the right to pass laws for their citizens,” Cook replied. “We have to comply with the laws in the jurisdictions we operate in.”

Cook’s comments mirrored what he told a House subcommittee nearly a year ago, and has since said publicly. His appearance on the stand effectively echoed what Apple executives and expert witnesses have said all week: The 12-year-old App Store is an innovative, safe haven for developers and consumers that is part of a larger online store ecosystem that includes competition from Samsung Electronics Co. Ltd. 005930, -0.50%, Microsoft Corp. MSFT, -0.53%, Google parent Alphabet Inc. GOOGL, -0.56% GOOG, -0.47%, Sony Group Corp. SONY, -0.54%, Nintendo Co. Ltd. 7974, +0.43%, and others.

Apple has also driven home the notion that gamers can easily switch between the App Store and other gaming platforms with non-iOS devices. Epic maintains the App Store is a “walled garden” designed to extract onerous 30% commission fees from developers. (Apple has pointed out that 30% is the industry standard.)

Final arguments are scheduled Monday in Oakland, Calif., before federal Judge Yvonne Gonzalez Rogers, who will decide the bench trial. Gonzalez Rogers is expected to ask each side of attorneys highly technical and marketing questions before eventually issuing a decision.

Some legal experts don’t expect a decision until summer or perhaps fall because of the case’s complexity, high-stakes market implications, and likelihood of being appealed.

Indeed, on Friday the judge said she was “troubled” by the App Store’s 30% commission fees. “The lack of competition on the 30% is something that is troubling,” she said.

(Cook testified that Apple’s commission rate has decreased over time. About 85% of the apps are free, with no commission charged to them. The remainder 15% or 30%, the former for second-year subscriptions or video partners.)

Gonzalez later told Cook it didn’t seem Apple had much competition or incentive to work for developers. “I don’t recall seeing any other surveys or any other business records showing that you routinely conduct surveys regarding developer satisfaction and move or make changes,” she said.

(An Apple legal strategist deemed the exchange as typical between the judge and a key witness, and said the line of questioning did not touch on antitrust issues.)

According to another Apple legal strategist, a crucial question facing Judge Gonzalez Rogers will be, Is iOS an essential platform for Epic and its wildly popular game, Fortnite, to survive? “That’s a pretty high threshold,” the strategist said.

Epic has also posited that the App Store became a monopoly sometime around 2010, and exhibited behavior that cemented that notion — another tough point to prove, the strategist said.

Cook’s testimony is bookending the testimony of Epic CEO Tim Sweeney, which kicked off the trial on May 3.

Epic and Apple will submit their final legal briefs on May 28 by noon PST.

Need to Know: How the future of bitcoin is linked to the path of gold in the 1970s, strategist says
Huawei founder urges software push to counter U.S. sanctions
Comment

Why Oil No Longer Rules The Stock Market

Cannabis Watch: As cannabis industry stays largely quiet on coronavirus, this CEO has been sounding the alarm

What to Make of Starbucks’ Optimism