As the trial concludes its first week on Thursday, a major crux of Epic's case is that App Store has restrictions that aren’t tenable for some developers, creating a lopsided competitive landscape for Apple Arcade, a videogame subscription service available on iOS. Read More... 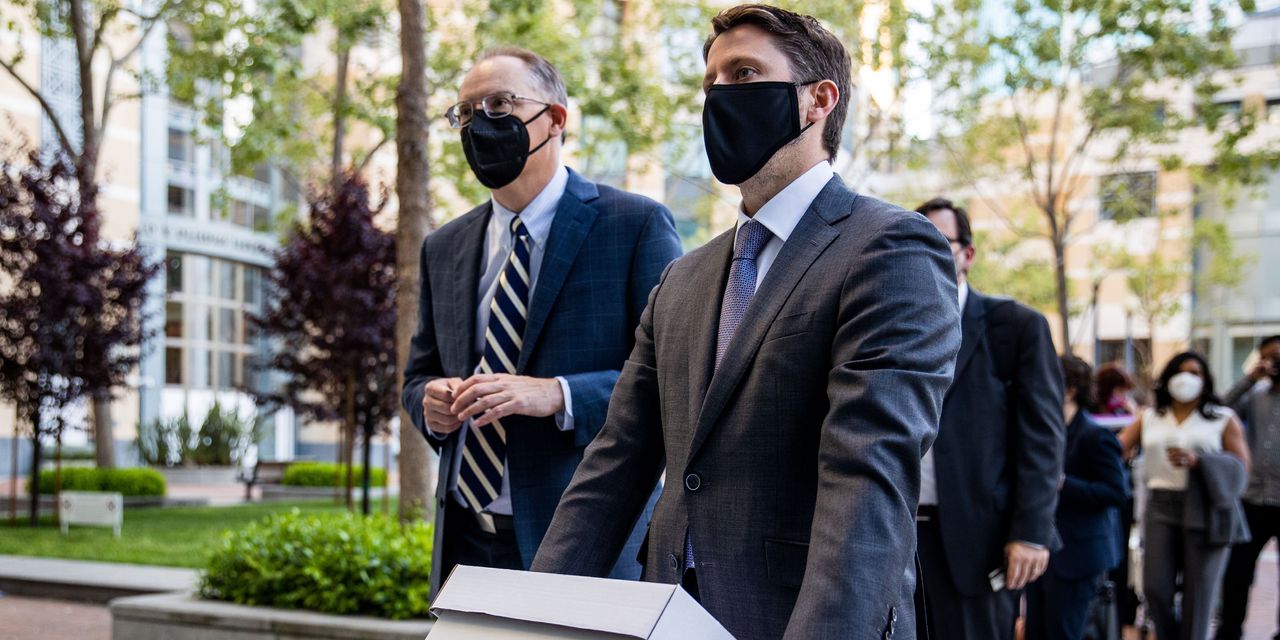 The headlines in week one of the Epic Games Inc.-Apple Inc. trial were mostly about exorbitant commission fees charged by the App Store. But a compelling strategy from Epic in its attempt to paint Apple as a monopolist emerged from its depiction of Apple’s treatment of competing cloud-gaming platforms.

As the scheduled three-week trial concludes its first week on Thursday, a major crux of Epic’s case is that App Store has restrictions that aren’t tenable for some developers, creating a lopsided competitive landscape for Apple Arcade, a videogame subscription service available on iOS.

Submitting Xbox games one-by-one was too onerous, Lori Wright, vice president of business development at Microsoft, said, forcing Microsoft to resort to making a web app. This not only represented a technological hurdle for Microsoft, she said, but also inconvenienced consumers. Users aren’t used to installing apps from the web on their iPhones.

Apple allows services that stream movies to offer them all in a single app, but forces services that stream games to separate each game for individual listing and review. “I can use Netflix NFLX, +0.06% with a native app and I can see lots of different movies or TV shows or whatever. Is it that you didn’t want to use a subscription model?” a confused Judge Yvonne Gonzalez Rogers asked at one point.

Safari on the iPhone only recently became capable of supporting a service like Xbox Cloud Gaming via specific controller support.

Earlier this week, an executive from Nvidia Corp. NVDA, -0.55% explained how it had tried to get its GeForce Now cloud gaming service into the App Store, but had faced the same restrictions as Microsoft.

“There are less controls over the streaming, so you could argue in some ways it’s worse,” than a native app, said Aashish Patel, Nvidia’s director of product management.

(An Nvidia spokesman, citing a quiet period before the company’s earnings report May 26, declined to comment further.)

Apple’s exacting rules hampered Epic and others, its attorneys hammered home, at a time when mobile-gaming sales are expected to improve 6% to $90.7 billion this year, more than half of an otherwise flat $175.8 billion global market, according to Newzoo.

In a few instances this week, Epic lawyers attempted to portray Apple Arcade as a competitor to other game apps such as Google Stadia. The testimony of Wright, and general tone of Microsoft’s stance in the trial — both on the stand in the public forum — agitated and bemused Apple.

A member of Apple’s legal team late Wednesday called out Microsoft’s “hypocrisy” for its holier-than-thou posture on antitrust, given its long history of legal jousting with the Justice Department over anticompetitive business practices. He said it was “kind of ironic that Microsoft is here, trying to prove that Apple is a monopolist. Is it a way to change history? I don’t know.”

He added that Epic faces a mountainous burden to prove its case based on anecdotes and some colorful emails.

“The experience of playing ‘Fortnite’ can be kludgy on iOS, yes, discouraging players,” Ari Lightman, professor of digital media and marketing at Carnegie Mellon University’s Heinz College, told MarketWatch. “The argument makes sense, but when you get to the phone environment, it is a different ecosystem.”

In a recent blog post, Google GOOGL, +0.37% GOOG, +0.69% software engineer Alex Russell outlined a long list of all the features that Safari on iOS does not support under the headline, “Do App Store policies harm developers? Is the web a credible alternative?”

Epic’s focus on cloud-gaming competition offered a technological bookend to its economic argument that Apple has abused its multibillion-dollar App Store platform to enrich itself while harming developers. During an overview of confidential documents early Thursday with Matthew Fischer, vice president of the App Store, Epic attorney Katherine Forrest showed that by late 2010, Apple already had $2.1 billion in cumulative billings from the App Store.

Fischer acknowledged Apple had not studied whether increases in price on the App Store caused users to switch from iPhone to Android nor had it studied how much an iPhone user spends on apps over the life cycle of their smartphone.

Fischer did admit an Apple survey found “developers don’t believe that the App Store enables profitability of their apps.”

While the cloud-gaming argument shows Apple’s “market power,” antitrust attorney Valarie Williams maintained that “restrictions that lead to higher prices is an easier legal standard” for Epic to prove its case.

Apple has rejected apps for trying to use alternative payment systems, Fischer said, though he acknowledged the company has not studied whether systems from PayPal Holdings Inc. PYPL, +0.91%, Amazon.com Inc. AMZN, +0.36%, Braintree, Stripe, Square Inc. SQ, -4.46% or Epic Direct Pay are as secure or private as Apple’s in-app purchase system.

“I might be biased, but I think that what we do is incredibly unique,” Fischer said under questioning from an Apple lawyer. “I have not see any marketplace that distributes apps or games do what we are doing in terms of providing marketing and editorial support like this to developers.”

Fischer detailed a largely positive relationship with Epic Games since 2010, but said he had not talked to a company representative since June 2020 and was “blind-sided” by Epic Chief Executive Tim Sweeney’s email in August 2020 critical of Apple.

The trial got off to a bumpy start Thursday, when federal judge Yvonne Gonzalez Rogers chastised lawyers from each side: “You have 45 hours each for this trial. And yesterday, I was wondering if I gave you too much time,” she said. (After a day off Friday, the trial resumes Monday.)

Epic could wrap up its case next week, followed by Apple’s presentation. Apple has made it clear it intends to show that Epic attempted to skirt the App Store with a payment system of its own in an audacious bid to enrich itself in what amounts to a breach of contract.

Autotrader: The sporty 2021 Jaguar I-Pace has increased range and it’s fun to drive