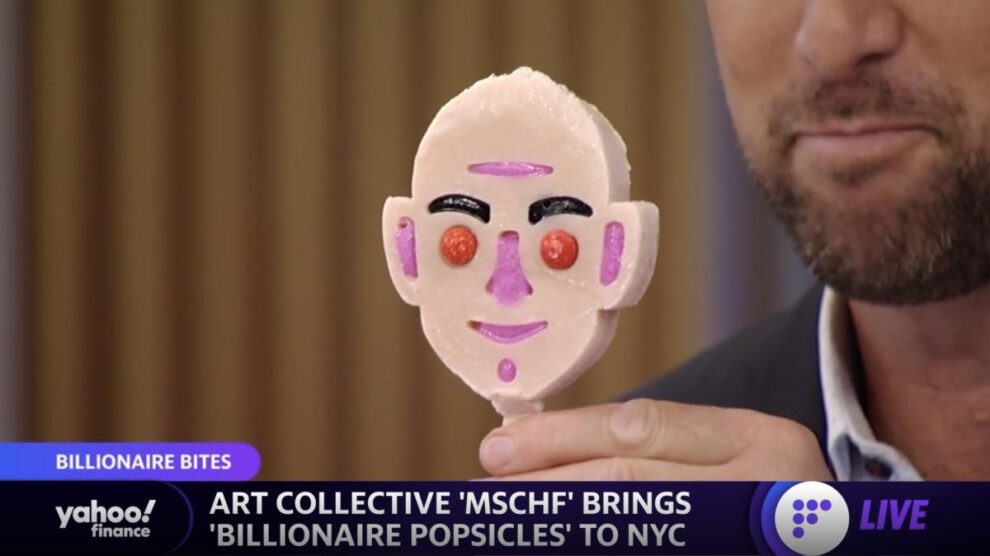 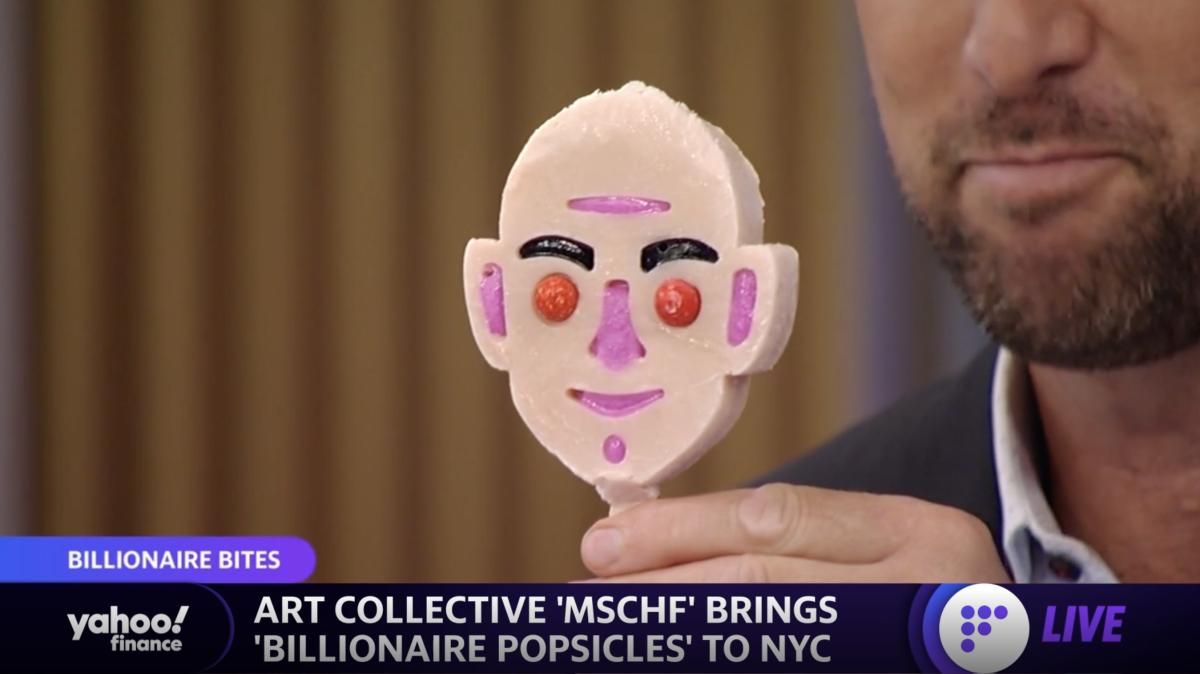 – Another story here that is trending. Art collective MSCHF is setting their sights on billionaires this week, encouraging people to, quote, “eat the rich.” We’re looking at the ice-cream truck right there. Now, the group has been driving an ice-cream truck around New York City, selling frozen pops that are made to look like some of the world’s wealthiest people that we love to talk about here at Yahoo Finance. Jeff Bezos, Elon Musk, Mark Zuckerberg, just some of those names here.

And if you’re eating the rich, you may want to also start with the popsicle makers, with the industry seeing over $4 billion in sales last year. MSCHF, for that matter, who is selling these for $10 a pop. We’ve got to dig in here, because we’ve got these right on set.

– And this is pretty incredible. I picked up Jack Ma. Elon Musk, we have to say, sold out already.

– Yeah, that is no surprise.

– No, but I was going to say, I think it’s interesting that he sold out first. I wonder if the sales went in order of how rich these guys are. Obviously, Elon at the top already, but he obviously has a massive fan base. I wonder if it went by how wealthy each person is as to how popular the popsicles were.

– No doubt, Elon Musk is the most popular of these. And Jack Ma, I’m guessing they have lots of those on reserve. Because I would think if you walked around New York City, no one has idea what Alibaba is, let alone who Jack Ma is, so I’m guessing that one is not selling real hot. Bill Gates, we also look mentioned. And I think you have e to–

– The fact that they’ve sold out on Elon Musk and they’re charging $10 a pop here for this is a little surprising. But they’re actually pretty good. Not $10 worth, but they’re good.

– Are they all the same flavor? Do we know? Are they different flavors for each billionaire?

– You know, Rachelle, we just got these on set, but they look like they’re pretty much the same.

– Mark Zuckerberg is pretty good, I will say. He’s not too bad. The ingredients are popsicle. They actually have that listed as number one. Sugar, milk, pretty typical ingredients. Coconut oil. Similar to yours.

– Yup. Very similar. At least it looks like we’re not going to die eating these, but they’re pretty good. They are very, very good. And, again, you can see it. We have to–

– I will say– I was going to say, in terms of the likeness, that Mark Zuckerberg one, pretty good there.

– Well, we should get out Jeff Bezos before we go, just to we see how the bald head looks, right?

– I mean, I’m afraid what that might look like. OK, give them what they want. Which camera are we on here? Yeah. Here is– there is the big guy. What do you think of that one, Rachelle? Jeff Bezos.

– That’s terrifying. It’s the– the eyes. Why did they make the eyes red? That terrifying.

– I was going to say, the red eyes are what does it for me there.

– Well you flip him around, and he’s got relatively normal eyes. The red eyes are a little bit devilish.

– Yeah, a little alarming. Again, this ice-cream truck, popping up around New York City. Elon Musk already sold out. We’ll see who goes next. All right, we’re going to keep it here, eating these popsicles, but we’re going to let you guys go. We’ll see you right back here again tomorrow afternoon at 3:00 PM. Yahoo Finance’s coverage all starts at 9:00 AM Eastern Time. Have a great afternoon.