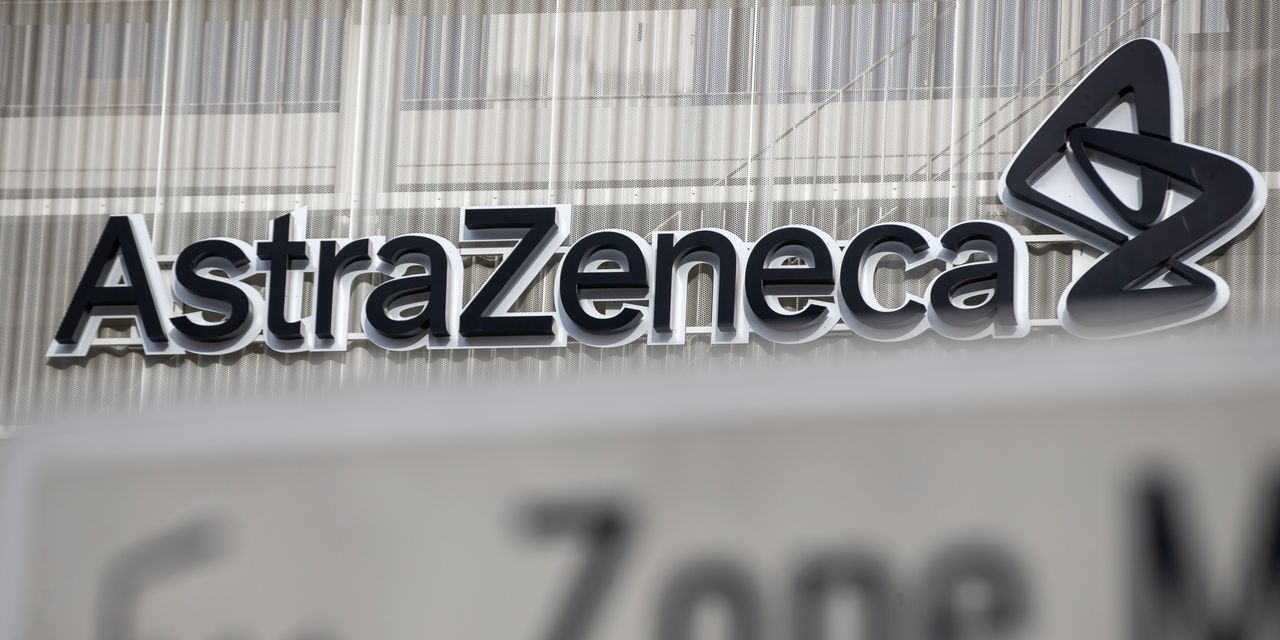 Chief Executive Pascal Soriot expected the COVID-19 impact to reduce in the months ahead, predicting a “performance acceleration” in the second half of 2021.

The pharmaceutical giant has endured a difficult quarter publicly, coming under increased pressure from the European Union over the delivery of vaccine doses while also being forced to correct “outdated information” in its U.S. trial data.

But its financial performance was anything but problematic in the first three months of the year.

The pharma giant also finally revealed numbers relating to its COVID-19 vaccine, developed in partnership with the University of Oxford. The company has pledged not to profit from its vaccine, at least while the COVID-19 pandemic lasts, selling it at cost.

However, the continuing development and supply of its vaccine had a negative impact of $0.03 on core EPS.

In comparison, U.S. drug company Pfizer PFE, -0.54%  expects $15 billion revenue from vaccine sales in 2021, while U.S. biotech Moderna MRNA, -1.68%  has forecast $18 billion, far more than AstraZeneca is likely to bring in due to its not-for-profit pledge.

It reiterated its full-year guidance for revenue to grow by a “low-teens” percentage and faster core EPS growth, rising from $4 to between $4.75 and $5. That guidance doesn’t include any impact from COVID-19 vaccine sales and excludes the company’s proposed $39 billion acquisition of Boston-based Alexion Pharmaceuticals.

The London-listed shares rose 3.4% in early trading to 7,650 on Friday, while the ADRs pointed 3.5% higher in premarket trading.

AstraZeneca’s COVID-19 vaccine may have been loss-making in the first quarter but that almost pales into insignificance due to the surging growth of the company’s cohort of cancer drugs.

“Its market performance [is] not accurately reflecting the fact it has the best pipeline of any pharma company and we expect strong growth in the coming years coupled with renewed investor appetite, particularly as other segments of the healthcare industry open up fully,” he said.

UBS analysts also see room for the stock to grow, maintaining a buy rating with a target price of 8,000 pence, up from Thursday’s close of 7,398 pence. They also noted that older drugs contributed to the sales beat, particularly stomach-acid drug Nexium, which benefited from pent-up demand in China.

Overall, AstraZeneca is in a “good place,” said Hargreaves Lansdown analyst Nicholas Hyett. “A robust looking pipeline gives it options in the future and Alexion will be an extra shot in the arm on that front.”

“If the group can nudge up its free cash flow as pandemic headwinds subside it will be in a sweet spot few pharmaceutical groups enjoy,” he added.

BP to take up to $17.5 billion in charges as it lowers oil-price assumption

4 Top Streaming Stocks to Watch in May

Warren Buffett undergoes a conversion on gold — should you follow him?