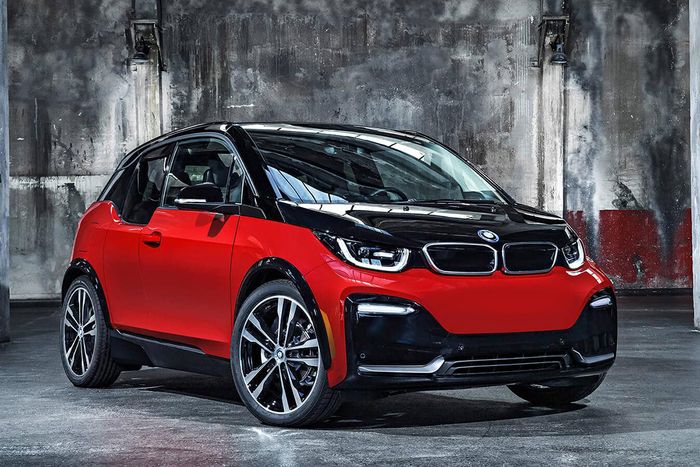 With more than a decade since electric cars began going mainstream, more are hitting the used market every year, and there are even some bargains to be found Read More...

About 5% of new car sales these days are electric vehicles. That’s still not anywhere near a majority, but it does mean more and more electric cars are hitting the used markets every year. With more than a decade since EVs began going mainstream, there are even some real bargains to be found, even for shoppers with small budgets. Here is our list of some of the most affordable used electric cars available today.

The 2018 BMW i3 is, like every vehicle on this list, the most recent example of the model that’s likely to qualify as “affordable” — in other words, it’s easily found for less than $25,000. Those with slightly less to spend just need to roll back the clock a bit, as the least expensive examples can cost as little as $15,000. Its 114-mile range, compact exterior, and optional gas-powered range extender make it the perfect fit for urban dwellers or suburbanites who commute into a large city.

A class-leading electric vehicle since its introduction in 2017, the Chevrolet Bolt has faced some struggles due to recalls for battery issues, so be sure any example you’re considering has been fully reworked. The Bolt’s excellent one-pedal driving behavior, long range (259 miles for 2020 and later models, 238 miles for 2017-2019 models), and spacious cabin make it a great all-around EV for many drivers. Earlier Bolts with higher miles can sell for less than $20,000.

Also see: Used EVs: How to navigate the tight market for pre-owned electric vehicles like the Nissan Leaf and Chevy Volt

The Chevrolet Spark EV was only available for three years, but its easy-to-park size, city-friendly range, and peppy acceleration make it a likable choice. Chevy sold it in three states, but we’ve found listings for used models nationwide. You should be able to find plenty of options for under $16,000. For that price, you’ll get a 4-passenger hatchback with 82 miles of range, and a fun way to avoid gas stations. Look for a higher-trim-level 2016 model to get one equipped with advanced safety features.

The all-electric version of the Ford F, +2.00% Focus is a 5-door hatchback that offers the fun attitude of the rest of the lineup. It’s powered by a 143-horsepower system that provides 107 miles of range. The Focus Electric came standard with a wide range of safety and convenience features. The only option you might want to keep an eye out for is leather seats, which Ford bundled with an 8-way power driver’s seat. Prices should run under $15,000.

Another example of short-range urban EVs is the 2019 Fiat 500e can travel up to 84 miles on a charge. Its compact dimensions and nimble handling make it easy to park and more than a little fun to drive. However, the back seat is largely vestigial, and the cargo space behind it isn’t enormous either. Originally sold only in California and Oregon, the 500e may be hard to find. Still, early models (2014-2016) are available for less than $10,000, while newer examples (2019 was the 500e’s final model year) are generally less than $25,000.

Don’t miss: Used cars have depreciated slightly—when to expect the car market to be normal again

The 2019 Hyundai HYMTF, +0.81% Ioniq Electric is perhaps less well-known than most of the other EVs on this list, but it’s no less attractive, visually or practically. The Ioniq Electric’s 124-mile range puts it in the urban commuter category. However, it’s capable of recharging to 80% in just 23 minutes, so it could work for longer trips, too, provided there are chargers at appropriate intervals. Loaded, low-mile examples of the 2019 Ioniq Electric can still go for $30,000 or more, but you can find more typical specifications for $20,000 or less.

Mercedes-Benz sold the B-Class in America from 2014 to 2017. This 5-door hatch has the amenities, comfort, and driving dynamics you would expect in a vehicle with the 3-pointed star on the grille. All four years offer the same 87-mile range. If you want to shop for one, note that this vehicle’s name was the B-Class Electric Drive for the first two years. For 2016-2017, Mercedes renamed it the B250e. The 2015 model added more features as standard, and 2016 saw a styling update. Aside from that, year-to-year changes were minimal. Prices range from $17,000-$25,000.

The Nissan Leaf hit the scene as an affordable, short-range (about 100 miles) EV when Tesla TSLA, +1.52% was pretty much the only other game in town. Its affordability and ease of use won it plenty of fans, so there are plenty of great examples on the used market. This Nissan NSANY, +1.45% has been around since 2011, so older models are very affordable, often selling for $7,000-$10,000. For greater range, look for 2018 and newer models. These offer 150 miles of range on the base model and up to 226 miles of range.

Learn more: When buying a used EV is a smart move — and when it’s not

When it comes to compact, efficient, practical daily drivers, the 2019 Volkswagen e-Golf and its predecessors marry the proven excellence of the VW VWAGY, -0.47% Golf hatchback with the greenness of an electric powertrain. The EPA rated early models (2015-2016) for 83 miles of range, while 2017-2019 models grew to a 125-mile range. You should easily be able to find well-kept, low-mile examples of early models below $20,000, some as low as $15,000.