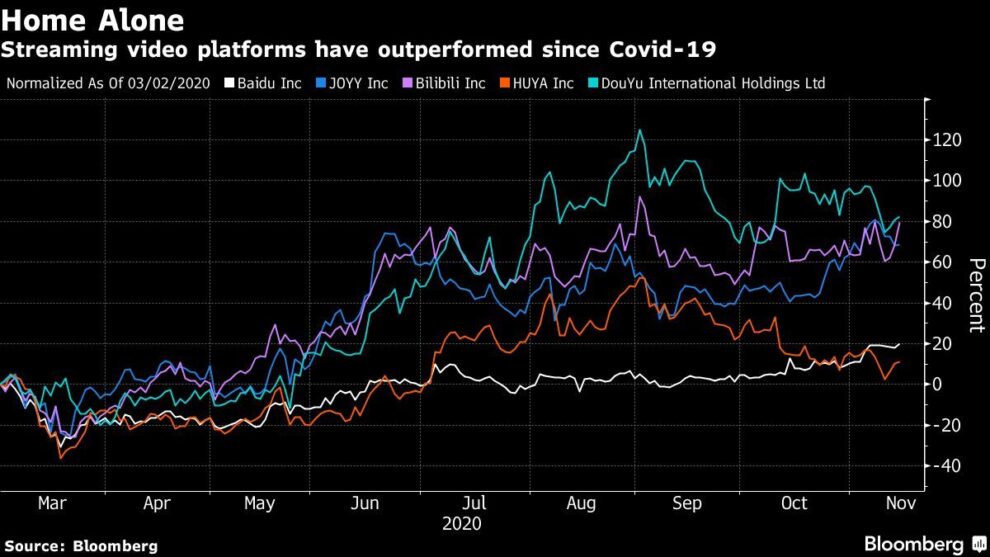 (Bloomberg) -- Baidu Inc. agreed to buy Joyy Inc.’s livestreaming business for China, a deal that will mark the search engine giant’s biggest foray into the fastest-growing arena of digital video.The company will pay about $3.6 billion in cash for Joyy’s YY Live, according to a statement. Baidu unveiled the deal after it posted revenue for the September quarter that beat analysts’ estimates.Once the runaway leader in desktop search, Baidu is trying to adapt its business to the mobile era but losing ground piecemeal to rivals such as TikTok-owner ByteDance Ltd. By taking over Joyy’s YY streaming network, Baidu gets ahold of a $1.8 billion business with 4 million paying users who splurge on virtual gifts to tip their favorite performers. Joyy will keep the operations of its other video and streaming platforms for users outside China.The YY deal could help Baidu catch up in the heated arena of online entertainment after a late start in the relatively newer sphere of livestreaming video, which in past years has taken China by storm. To compete for users and advertisers, Baidu’s core search app is morphing into a platform hosting a wide array of content from articles to videos, not unlike Tencent Holdings Ltd.’s WeChat. Its Netflix-style iQiyi Inc. is also going head-to-head with services run by Tencent and Alibaba Group Holding Ltd.“This is an offensive move after we made progress in building our mobile ecosystem,” Chief Executive Officer Robin Li said in a staff memo viewed by Bloomberg News. “Baidu will become one of China’s leading live-streaming platforms, taking another leap in our strategy of revenue diversification.”Dissecting China’s Crackdown on Its Internet Giants: QuickTakeBaidu has in the past made bets on online services from music to smartphone games and food delivery, only to abandon these attempts amid fierce competition. It remains largely an advertising platform whose business is vulnerable to cycles in the economy, so YY’s major earnings driver of virtual gifting could help it get comfortable with tapping consumer spending. YY itself is losing appeal to hotter formats like video-streaming platform Bilibili Inc., the TikTok-like Kuaishou and TikTok’s Chinese twin Douyin -- a problem also faced by Baidu’s own iQiyi. YY’s paying users actually declined 4.7% in the September quarter, while iQiyi’s membership service growth has plateaued.“Baidu is always very late. Like three to five years after the market is already there, it will start to make its entrance,” said Raymond Feng, a Shanghai-based analyst with Pacific Epoch. “Looks like that hasn’t changed much, and that’s not great for a Chinese internet company.”Competition aside, China’s attempt to rein in its most powerful private-sector companies remains a source of concern to investors. The country’s antitrust watchdog last week unveiled a raft of regulations to root out monopolistic practices in internet sectors including search and e-commerce. Baidu -- which operates in a country where Google search doesn’t exist -- has repeatedly run afoul of regulators for promoting content deemed problematic.Baidu forecast sales of 28.6 billion yuan ($4.2 billion) to 31.3 billion yuan for... 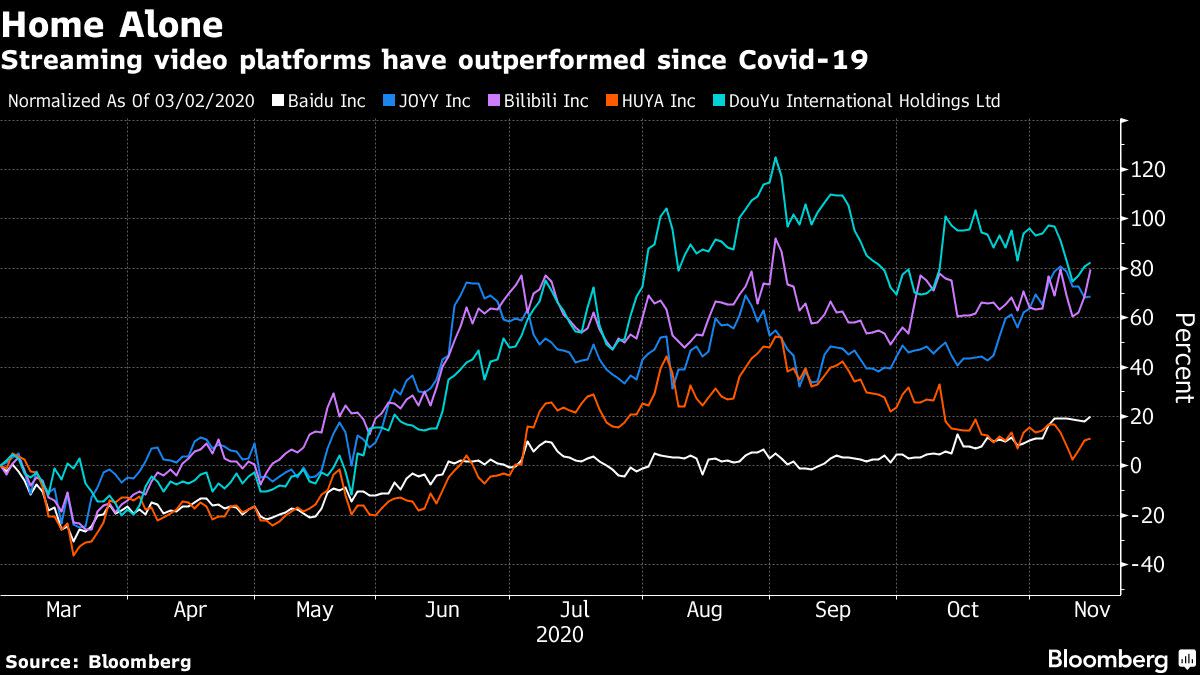 : Why demand for cosmetic procedures is booming amid the COVID-19 pandemic
Twitter Taps Famous Hacker to Be Head of Security
Comment

NewsWatch: Why August in a pandemic is a time for vigilance for stock market investors

Outside the Box: Bitcoin buyers are only fooling themselves — again

Roku (ROKU) Stock Sinks As Market Gains: What You Should Know