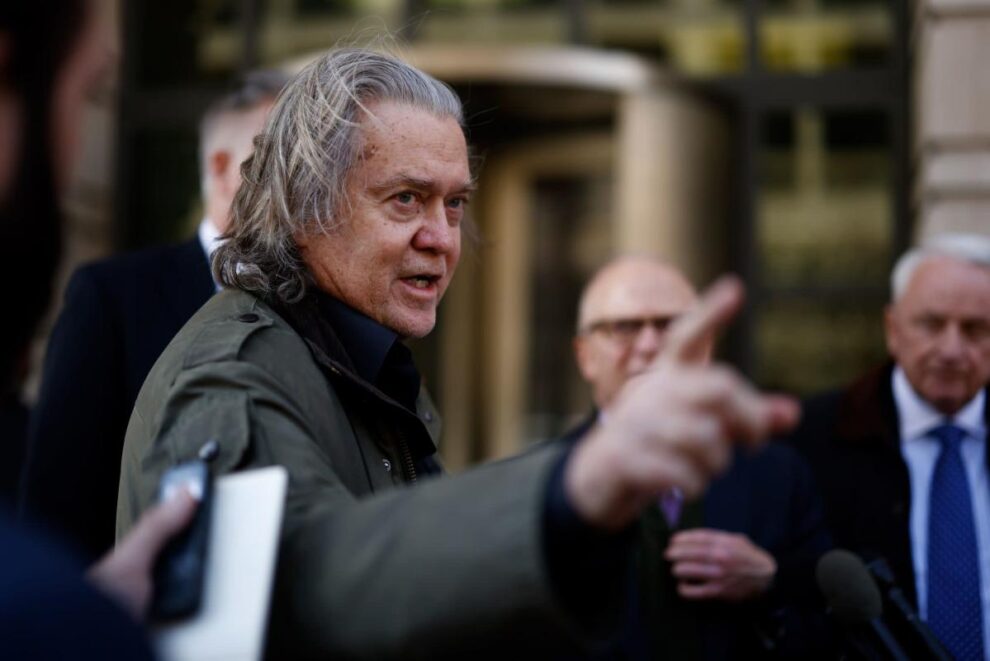 (Bloomberg) -- Steve Bannon’s lawyers are seeking to question under oath Speaker Nancy Pelosi and every member of the House committee investigating the Jan. 6 riot as part of a legal challenge to whether the panel was properly formed.Most Read from BloombergAmazon’s Stock Split Delivers More Than Bargained ForApple Products Set to Use Common Charging Point After EU DealTop Economist Urges China to Seize TSMC If US Ramps Up SanctionsInflation Is Poised to Ease According to These Three Key Indicat Read More... 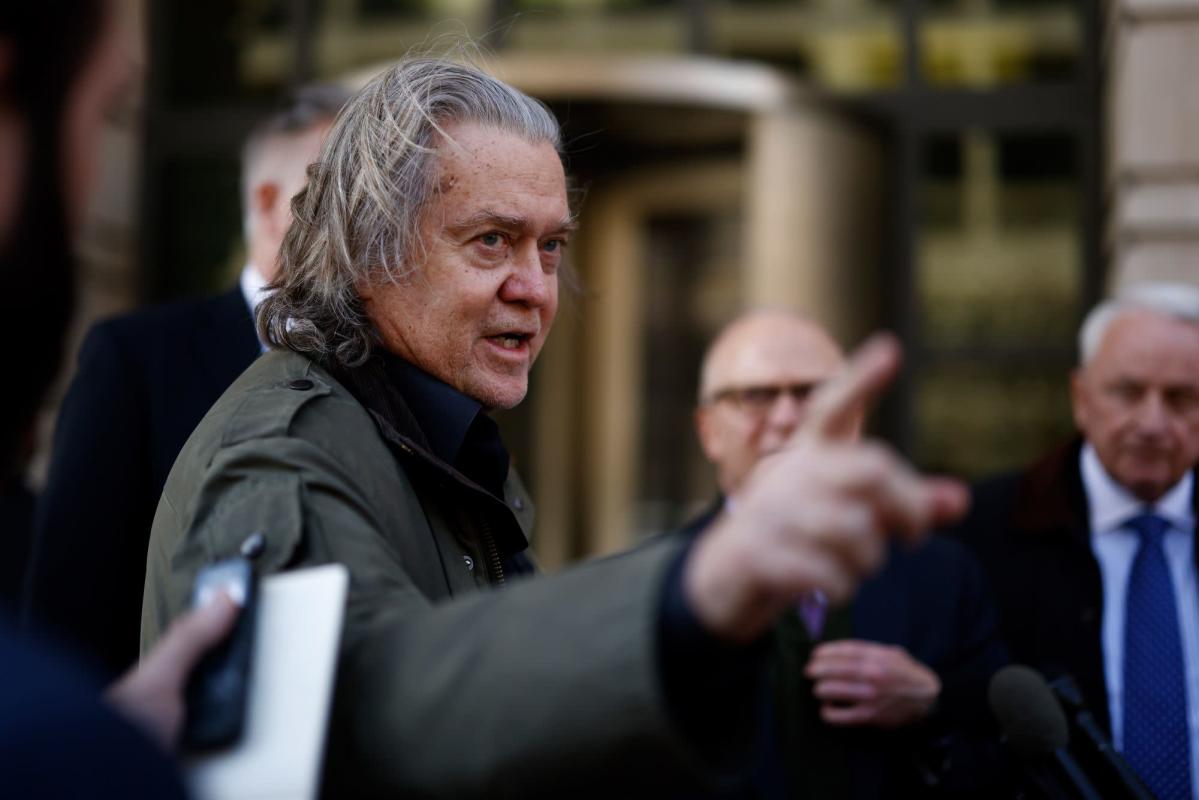 (Bloomberg) — Steve Bannon’s lawyers are seeking to question under oath Speaker Nancy Pelosi and every member of the House committee investigating the Jan. 6 riot as part of a legal challenge to whether the panel was properly formed.

Bannon was indicted in November by a federal grand jury on two counts of contempt of Congress for his refusal to comply with a subpoena for his testimony and document production. His trial is set for next month.

In a lead-up to the trial, Bannon’s lawyers questioned whether Pelosi and Democrats followed the House’s own rules in the formation and make-up of a bipartisan committee. A resolution that created the committee states it “shall” have 13 members. But the panel has only nine — seven Democrats and two Republicans, all of whom were selected by Pelosi.

Getting a judge or court to enforce subpoenas against sitting members of Congress is a difficult task, legal experts have said. But the argument that Pelosi didn’t follow the House rules might make it even messier.

One issue is whether failing to follow the precise language of that resolution renders the committee legally incompetent to issue subpoenas that can be enforced through prosecution. There also are alleged breaches of other House rules or practices that are intended to protect the rights of minority parties.

Bannon’s lawyers have already filed a motion challenging the committee’s composition, claiming that House Minority leader Kevin McCarthy didn’t participate in its formation and didn’t select a ranking minority member. Instead, according to Bannon, the designation of Representative Liz Cheney, a Republican of Wyoming, as a “ranking minority member” isn’t valid.

McCarthy did nominate Republicans to the committee, but pulled all five of his picks after Pelosi refused to seat two of them, Represenatives Jim Jordan of Ohio and Jim Banks of Indiana. The subpoenas seek to get information about the committee’s formation and other details of how it operates.

But a federal judge appointed by former President Donald Trump already ruled in another challenge that the committee is valid.

U.S. District Judge Timothy Kelly in Washington held on May 2 that the House resolution forming the committee only required Pelosi to “consult” with McCarthy. “There is no dispute that she did,” he wrote.

Kelly upheld a House subpoena for Salesforce.com Inc data. A federal appeals court on May 24 temporarily blocked the subpoena while the Republican National Committee pursues an appeal.

There was no immediate comment from Pelosi’s office and House General Counsel Douglas Letter declined to comment in an email. A spokesman for the committee, Tim Mulvey, said the panel would not comment.

Last week, former Trump administration trade advisor Peter Navarro filed a lawsuit similarly alleging, in part, the House’s contempt of Congress action against him was legally invalid — and that a federal subpoena based on that was thus legal “fruit of the poisonous tree.”

Despite that filing, the Justice Department on Friday announced Navarro had been indicted on two counts of contempt of Congress.

Navarro is charged for his refusal to appear for a deposition and to produce documents. He was released without bail and is scheduled to appear in court June 17.