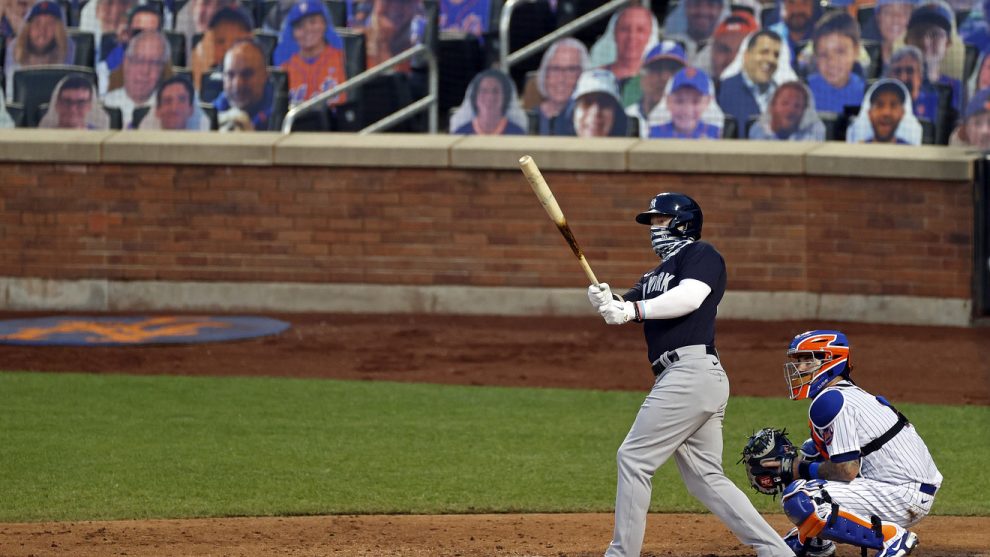 There won’t be any fans in attendance, but Major League Baseball will begin its regular season on July 23. Read More... 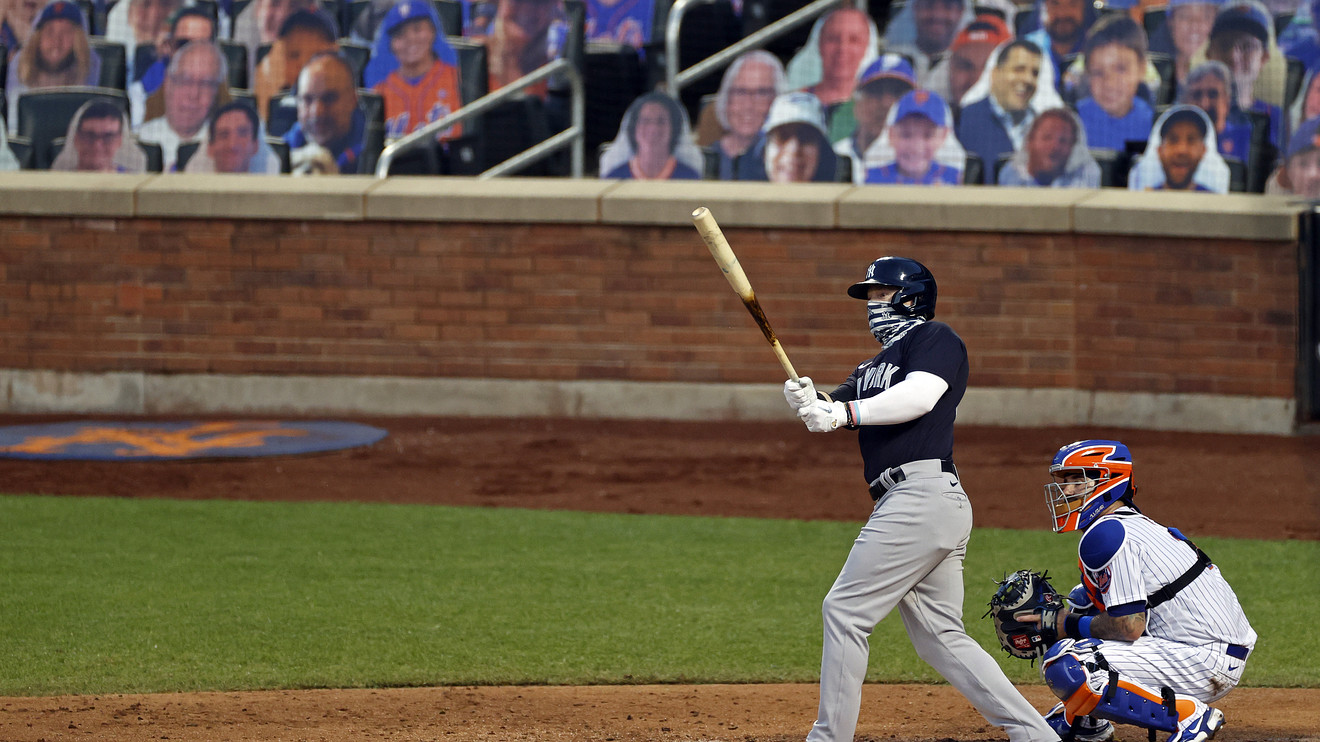 There won’t be any fans in attendance, but Major League Baseball will begin its regular season on July 23.

While many European and Asian countries have found ways to reduce the number of coronavirus cases and deaths, cases in the U.S. continue to soar in many states. Despite the rising case numbers, most major U.S. sports leagues are planning to start playing games soon.

But many top athletes are concerned that the conditions won’t be safe enough during the pandemic. Several high profile MLB and NBA players have decided to sit this season out. And over the weekend, many of the NFL’s top players took to Twitter TWTR, +6.10% to ask the NFL to clarify how it will keep players safe.

Seattle Seahawks quarterback Russell Wilson said, “I am concerned. My wife is pregnant.”

And Patrick Mahomes, who recently became the highest-paid player in any U.S. sport, said, “Getting ready to report this week hoping the NFL will come to agreement with the safe and right protocols so we can feel protected playing the sport we love.”

Most leagues have said fans will not be present at upcoming competitions, but some have left the door open for fan attendance.

Here’s how each league is approaching the resumption of play during the COVID-19 pandemic:

After months of labor disputes between team owners and the players association, Major League Baseball is set to play a 60-game regular season — rather than its usual 162 game schedule — and then a normal playoffs schedule.

Players are tested for the coronavirus every other day.

“The MLB protocol emphasizes contact tracing and rapid testing, two elements of the kind of robust response to the virus that the federal government largely has failed to deliver,” according to the Los Angeles Times.

In lieu of this, several teams, including the Giants, Dodgers and Mets, are allowing fans to pay to have a cardboard cutout of themselves in the stands during home games. Rates for the cutouts have reached up to $299 for an undetermined amount of games.

Stadiums will also be playing virtual crowd noises during games — the nearly 75 sound effects will be audio taken from the popular “MLB The Show” video game.

The league has put in place safety guidelines like maintaining social distancing within dugouts, and outlawing spitting of sunflower seeds, gum or peanuts.

One late-breaking development is that the Canadian government won’t let the Blue Jays play in Toronto because the team might bring COVID-19 back from the U.S. The Associated Press reported on July 21 that the team will play its home games at PNC Park in Pittsburgh, if the state of Pennsylvania approves.

The NBA is set to resume its season with 22 teams at the Wide World of Sports campus in Disney World. The league has constructed a complex bubble where players, team staff, league personnel, etc, will remain for the duration of the season, which could extend as late as October 13.

Players are being tested every other day, according to an NBA’s Health and Safety document. Reports from the NBA bubble say the league is able to provide test results in just 12 to 15 hours, a stark contrast to how long others in the U.S. have waited for results.

One promising sign: In the latest round of testing, no NBA players tested positive for coronavirus out of 346 tested.

The league is scheduled to begin games on July 30, with an eight-game regular season before the postseason begins. Games will be televised as normal, and played in Disney DIS, -0.28% with no fans in attendance. ESPN has reported that the bubble construction will cost the NBA more than $150 million.

The National Football League has benefited from the timing of the coronavirus pandemic, since it started during the league’s off-season. As of today, the NFL is planning to play its full 2020-21 season, starting with a game between the Super Bowl champion Kansas City Chiefs and the Houston Texans on Sept. 10.

NFL teams will travel to stadiums for their games. Dr. Allen Sills, chief medical officer of the NFL, has stated, “We do not feel it’s practical or appropriate to construct a bubble. Anyone who tests positive will be isolated until medically appropriate to return.”

The NFL and the NFL Players Association are requiring daily COVID-19 testing for the first two weeks of training camp, but may scale down testing thereafter if certain test rate benchmarks are hit, according to ESPN.

See also: Can the federal government stop the NFL from playing this year?

Oakley, an NFL sponsor and a unit of the Italian conglomerate Luxottica Group SpA, whose parent is EssilorLuxottica EL, +1.12% has designed a “Mouth Shield” product that can be worn by NFL players to mitigate the spread of the coronavirus on the field of play.

The NFL has not given updates on whether there will be full-capacity crowds at stadiums this season. There have been reports that the league will move forward with fans (who may have to sign a liability waiver), but many teams are at the mercy of local government regulations.

The league has stated that any fans at NFL games this year would be required to wear face masks.

The NFL has offered to cancel the entire preseason as the league and the players union move toward safety guidelines for the 2020 NFL season, according to ESPN’s Adam Schefter. In the proposal, the regular season would begin as scheduled, without any exhibition games played first.

The National Hockey League is set to begin its season resumption on Saturday August 1 with a modified postseason format. The 24-team format will feature several playoff rounds, capped by the Stanley Cup — no regular season games will be played.

Similar to the NBA, the NHL is calling both locations “bubbles” and has many similar rules like daily testing and mask wearing at all times (excluding exercise).

The league announced that only two positive coronavirus tests since camps opened on July 13. Return timelines for those with positives tests are being evaluated on a case by case basis.

Major League Soccer suspended its season March 12 due to the coronavirus pandemic.

The League has resumed with a postseason-only “MLS is Back” tournament at the ESPN Wide World of Sports Complex at the Walt Disney World Resort. All 26 teams are participating, and players are being tested every other day for the first two weeks, then less frequently after that, according to ESPN.

Games have been going on since July 8, but there have been many setbacks. FC Dallas has been forced to leave the MLS bubble due to a high volume of positive coronavirus tests.

Return date: Some exhibition tournaments were played in June, and the first Grand Slam scheduled to be played during the pandemic is the US Open on Aug. 31.

Since the pandemic began, Wimbledon has been canceled and the French Open has been rescheduled, to now begin on Sept. 27 instead of its usual late May start. The US Open still plans to start at its planned date, Aug. 31 — with no fans in attendance.

In the absence of professional tournaments, some pros put together exhibition matches in June. The No. 1 player in the world, Novak Djokovic, put a tournament of exhibition matches on in Serbia and Croatia and it did not go well. Djokovic, his wife, and multiple other players in the tournament all tested positive for the coronavirus before the matches were completed.

Some of the top women played an exhibition match in Charleston, S.C., and it went better: none of the players got the coronavirus.

Some changes that tournaments are employing to help minimize the transmission of the coronavirus: fewer ball people and more electronic line-calling.

World TeamTennis is currently playing matches, and on July 21, the American player Danielle Collins was dismissed from the league for breaking its rules: She left West Virginia’s Greenbrier Resort during a three-week period when no players were allowed to leave the premises.

Congress has a million-plus documents from Big Tech antitrust investigation, and are ready to grill big-name CEOs