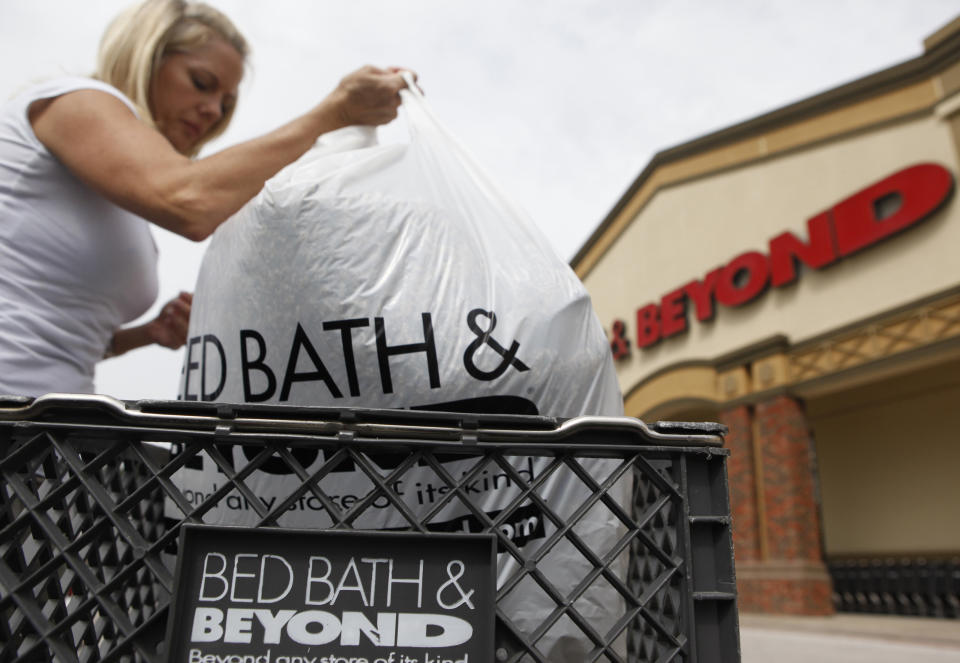 Bed Bath & Beyond's interim CEO is betting big — with her own money — that she can save the struggling retailer from going out of business. Read More...

Bed Bath & Beyond’s interim CEO is betting big — with her own money — that she can save the struggling retailer from going out of business, despite what some analysts are speculating.

Sue Gove purchased $230,500 worth of stock in the home goods retailer, according to a new SEC filing released after the close of trading on Wednesday.

Shares rose nearly 7% in after-hours trading, a pop that carried over into the morning. The stock has crashed nearly 70% year to date following a string of poor results and failed turnaround strategies.

Gove, who was previously a board member, replaced ousted CEO Mark Tritton last week after another dismal quarter put the company’s financials in a very precarious position ahead of the crucial holiday shopping season.

Bed Bath & Beyond announced a quarterly adjusted operating loss of $224 million. The retailer ended the quarter with only $107 million in cash, prompting BofA analysts to issue a warning on the company’s liquidity position.

“Liquidity is now our top concern after the company burned over $500 million in 1Q,” BofA Analyst Jason Haas stated in a note titled: “BBBY’s liquidity circles the drain.”

The company also reported that it saw same-store sales crash 27% at its namesake brand in the most recent quarter as shoppers pulled back on discretionary purchases. Shoppers also continued to shun the retailer’s move to scale back coupons.

Gove’s immediate to-do list regarding the effort to save the company is plentiful.

First, the veteran retail executive must stabilize the company. That is likely to include the long sought after sale of the buybuy Baby store chain, the return of more name brands to stores (which should alleviate supply chain issues), and a steadier cadence of discounts to win back customers.

Gove may also have to raise cash through new debt or a share issuances to temper concerns among vendors about getting paid for their goods.

And lastly, Gove must gain the support of key shareholders like GameStop chairman Ryan Cohen. Cohen (who is indeed still a BBBY shareholder, a source tells Yahoo Finance) has been agitating for change at Bed Bath & Beyond for months. It’s clear his concerns haven’t really been heard at the same time in which the value of his investment has gone sharply lower. Not a good look.

Winning over the retail investor influencer Cohen — who has been taking thinly veiled shots at Bed Bath & Beyond on Twitter since the executive upheavel last week — is important.

Even if Gove manages to pull off this long list within 12-months, analysts covering the company think that the business is toast.

“We are looking at a situation in which this company is probably not going to be around,” Loop Capital Analyst Anthony Chukumba told Yahoo Finance Live (video above). “It’s not going to take years. We could be talking about months at this point. We are in the end days. These results were a dumpster fire. There is no other way to put it.”

Gove is literally betting on analysts, including Chukumba, being wrong.