Benzinga has examined the prospects for many investor favorite stocks over the past week. The past week's bullish calls included the electric vehicle leader and a prominent IPO. Short sellers were behind some of the bearish calls seen during the week. The Dow Jones industrial average crossed above 34,000 for the first time last week, as strong results from big banks kicked off the first-quarter earnings reporting season. Optimism also was boosted by good economic data, a steady Treasury yield and reassuring words from Federal Reserve Chair Jay Powell. All of this muted the impact of bad vaccine news early in the week. Semiconductor shortages continue to plague various industries, and things may get worse. Bitcoin keeps hitting record highs, as does Dogecoin, and the new U.S. Securities and Exchange chair is a blockchain technology expert. The week also saw the largest direct listing in history, Jeff Bezos' final shareholder letter as CEO and news of the much anticipated next big event from the iPhone maker. And as the White House continues its push to vaccinate Americans against COVID-19, signs of pent-up reopening demand are plentiful. Through it all, Benzinga continued to examine the prospects for many of the stocks most popular with investors. Here are a few of this past week's most bullish and bearish posts that are worth another look. Bulls In "Why This Tesla Analyst Is Turning Bullish," Priya Nigam focuses on how the leading electric vehicle maker's aggressive diversification efforts prompted one key analyst to upgrade Tesla Inc (NASDAQ: TSLA), despite the stock's rich valuation, and to more than double its price target. In Chris Katje's "Why Coinbase's Upside Could Be Immense, With A Price Target Of 0," discover why the featured analyst considers newly public Coinbase Global Inc (NASDAQ: COIN) to be the gold standard among digital asset exchanges. Google parent Alphabet Inc (NASDAQ: GOOGL) has multiple bullish catalysts on the horizon. So says Wayne Duggan's "Wedbush Adds Alphabet Stock To Best Ideas List: What You Need To Know." Updated coverage on tech stocks was also bullish on Snap Inc (NYSE: SNAP). Adam Eckert's "JPMorgan Analyst Rules Out Long-Term Negative Impact Of COVID-19 On The Airline Industry" discusses the long-term prospects for JetBlue Airways Corporation (NASDAQ: JBLU) and its peers due to demand recovery among consumers. "Why This Analyst Thinks Plug Power Stock Deserves Elevated Valuation" by Shanthi Rexaline examines what recent developments may mean for shares of hydrogen and fuel cell manufacturer Plug Power Inc. (NASDAQ: PLUG). For additional bullish calls of the past week, have a look at the following: Why Bitcoin Fundamentals Depict A Healthy Bull Market: Cathie Wood's ARK Invest Report Is Now The Time To Buy These 4 Under-The-Radar Bank Stocks? 5 Trends Auto Stock Investors Should Watch In 2021 Bears A 160% rally in the past 11 months has resulted in General Electric Company (NYSE: GE) stock becoming "very overvalued," according to "Gordon Haskett's John Inch On Why General Electric Is 'Very Overvalued'" by Adam Eckert. What about that 8... 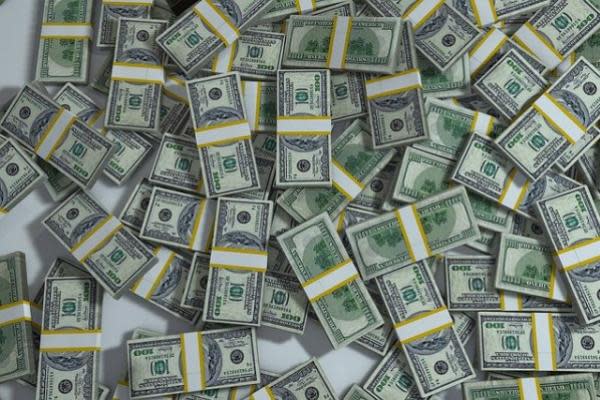 Amazon Cancels Lord of the Rings Game Announced Two Years Ago
MarketWatch Premium: A long-held investing belief — that stocks always beat bonds over the long term — turns out to be untrue
Comment

Advocates say the fastest way to help immigrants separated from their children: Post their bail

US STOCKS-S&P 500 rises on boost from bank shares