Benzinga has examined the prospects for many investor favorite stocks over the past week. The past week's bullish calls included the iPhone maker, clean energy stocks and an aerospace giant. Video streaming and electric vehicle leaders were among the bearish calls seen during the week. The big three U.S. indexes ended this past week fractionally lower. Earning season was off to a largely solid start, despite rising COVID-19 fears, increasing volatility and growing concern about higher taxes. However, there were some prominent disappointments among the quarterly results and outlooks. Even some companies with solid results were punished. Also last week, the price of crude hit a one-month high before retreating, and interest rates headed lower, with pent-up reopening demand still clear ahead of the summer travel season. Things were choppy for cryptocurrency, and Wall Street may already be turning its attention to the coming quarters and even 2022. The iPhone maker revealed new products at last week's event, even as a key supplier suffered a ransomware attack and big tech giants faced the U.S. Senate in an antitrust hearing. Furthermore, it increasingly looks like the global chip shortage will drag on for quite a while. The U.S. Supreme Court has limited the power of a top regulator. And the Olympics may be under threat. Through it all, Benzinga continued to examine the prospects for many of the stocks most popular with investors. Here are a few of this past week's most bullish and bearish posts that are worth another look. Bulls The hits from Apple Inc. (NASDAQ: AAPL) just keep coming. So says the analyst featured in Shivdeep Dhaliwal's "Why Analyst Sees AirTags As A B Opportunity For Apple." In Chris Katje's "MGM, DraftKings Leading US iGaming Market," check out how Draftkings Inc (NASDAQ: DKNG) and others fared in an analyst's review of the online sports betting and gaming segment. "4 Clean Energy Stocks Set To Outperform Says Evercore ISI" by Phil Hall examines what it was about Plug Power Inc. (NASDAQ: PLUG) and other clean energy stocks that caught the eye of the featured analysts. In "PepsiCo Stock Gets Upgrade, 'Successful Innovation And Expansion'," Priya Nigam focuses on why the current PepsiCo, Inc. (NASDAQ: PEP) share price may offer a good entry point. Melanie Schaffer's "Options Traders Think Boeing May Be Ready For Liftoff" discusses some recent "smart money" moves that suggest the share price of Boeing Co (NYSE: BA) could be headed higher. For additional bullish calls of the past week, have a look at the following: Pandemic Savings + Government Stimulus: What It All Means For The Stock Market And Economy This Reddit Stock Looks Ready To Break Out Soon Norman Anderson On The Clean Tech Of Tomorrow: 'Infrastructure Is Going To Be The Brains Of The Economy' Bears Wayne Duggan's "Netflix Analysts Cautious Following Q1 Earnings: 'Net Adds Shortfall Will Likely Overwhelm The Narrative'" suggests that things may be challenging for Netflix Inc (NASDAQ: NFLX) in the near term. "Tesla Remains Top Player In US EV Market... 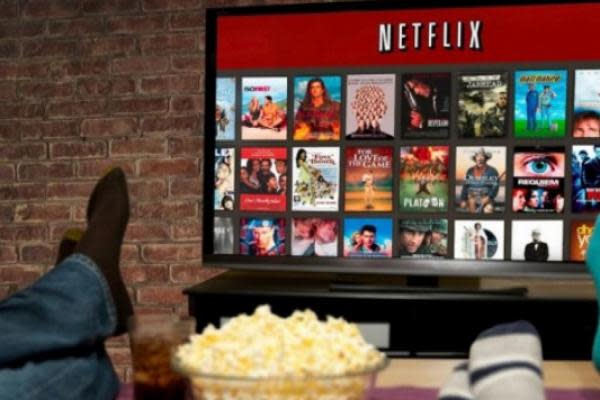 Sell Signals All but Useless in Unchartable 2021 Stock Market

(Bloomberg) — If you bailed because of Bollinger Bands, ran away from relative strength or took direction from the directional market indicator in 2021, you paid for it.It’s testament to the straight-up trajectory of stocks that virtually all signals that told investors to do anything but buy have done them a disservice this year. In fact, when applied to the S&P 500, 15 of 22 chart-based indicators tracked by Bloomberg have actually lost money, back-testing data show. And all are doing worse than a simple buy-and-hold strategy, which is up 11%.Of course, few investors employ technical studies in isolation, and even when they do, they rarely rely on a single charting technique to inform decisions. But if anything, the exercise is a reminder of the futility of calling a market top in a year when the journey has basically been a one-way trip.“What we’ve seen this year is a very strong up market that didn’t get many pullbacks,” said Larry Williams, 78, creator of the Williams %R indicator that’s designed to capture a shift in a security’s momentum. A long-short strategy based on the technique is down 7.8% since the end of December.“All the overbought and oversold indicators, mine as well as anybody else’s, didn’t get many buy signals, but a lot of sells,” he said.The temptation to book profits and bail is getting hard to resist after the S&P 500’s best 12-month rally since the 1930s. Increasing the anxiety are a mountain of charts signaling a market that’s stretched to its limits.Earlier this month, the index soared 16% above its 200-day average, a feat that before December had occurred only a handful times over the past three decades. Moreover, the benchmark’s relative strength index has surpassed 70 on both a weekly and monthly basis, a sign that the market has risen too far, too fast.Add in pundits warning of bubble-like valuations and resurgent coronavirus concerns, and it’s a recipe for sell orders. Hedge funds, for instance, have hit the exits this month, stampeding out of tech stocks just days before Apple Inc. and Amazon.com Inc. report financial results.Yet avoiding the stock market for any period of time has proven to be the riskiest wager of all. The S&P 500 has yet to retrench more than 5% this year. At the same time, missing out on the big up days is more penalizing than ever. Absent the top five sessions, the index’s 11% gain dwindles to 2%.“To try to guess that this is the right time to be out of the market, you may as well go to Las Vegas,” said Mark Stoeckle, chief executive officer at Adams Funds. “There’s just as much risk doing that.”Bloomberg’s back-testing model purchases the S&P 500 when an indicator signals a “buy” and holds it until a “sell” is generated. At that time, the index is sold and a short position is established and kept until a buy is triggered.A strategy following RSI signals has dropped 10% this year. The damage occurred as stocks entered the year with unbridled momentum that touched off an order to sell. The trade has since been in place as the S&P 500 never pulled back fast and long enough to flash buy.The moving average convergence/divergence indicator — better known as MACD — has suffered a loss of 9.8%. Five of the nine trading signals that the model has produced have been buys, and four of them have lost money. In addition, all four short recommendations have been losers.Such is the cost of betting against momentum in a market where the S&P 500 has already eclipsed the average Wall Street strategist’s year-end target.“Today, and for much of 2020, the overbought conditions have been absorbed by the market with more strength, or at best a pause,” said Renaissance Macro Research co-founder Jeff deGraaf, who ranked as the top technical analyst in Institutional Investor’s annual survey for 11 straight years through 2015. “Overbought/oversold conditions are useless without first defining the underlying trend of the market.”Williams, who has been trading since 1962, agrees. Technical analysis tools aren’t broken, he says, but in a bull market that’s as resilient as this one, investors need to use them in the right context.“You have to have a different tool, if you will, for a job you’re doing,” he said. “I have a hammer that can build a house, but if I use the hammer to dig a hole in the ground, that’s going to be really hard.”For more articles like this, please visit us at bloomberg.comSubscribe now to stay ahead with the most trusted business news source.©2021 Bloomberg L.P.

Amazon Is Winning and Old Retail Is Losing. There’s a Stock Options Trade for That.

Bulls And Bears Of The Week: American Airlines, Peloton, Roku And More

Bearish Bets: 2 Nasdaq Stocks You Should Consider Shorting This Week