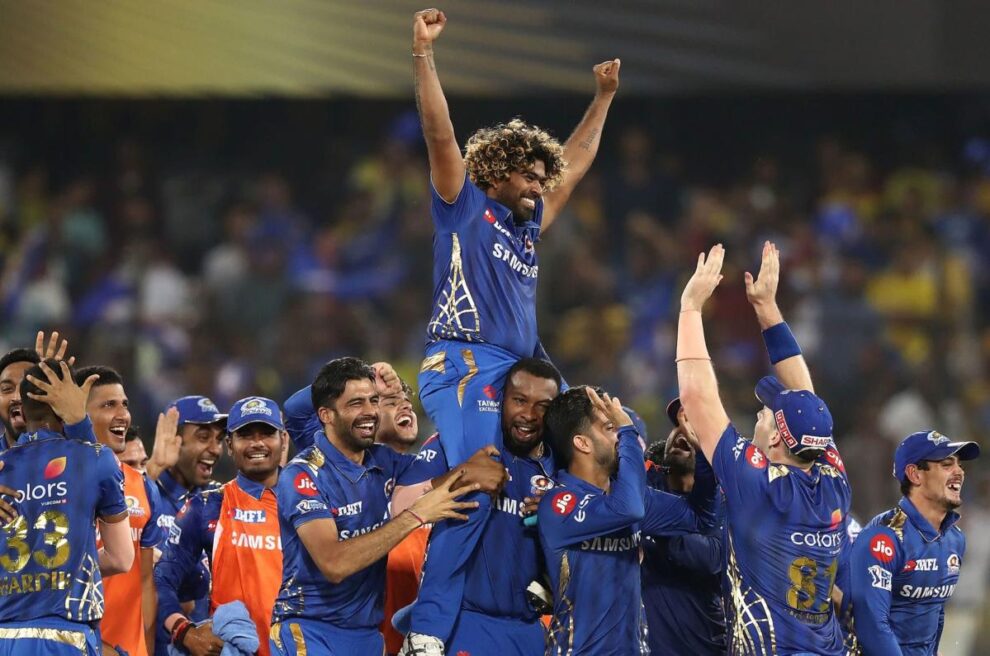 (Bloomberg) -- Jeff Bezos and Mukesh Ambani, two of the world’s richest men, are set for another clash. This time the fight is over media rights to the Super Bowl of cricket, one of the world’s fastest-growing sporting events that draws 600 million viewers and has a brand value of almost $6 billion. Most Read from BloombergEating Two Portions of Fish Per Week Linked to Deadly Skin CancerWhy Inflation Is Hitting American Households Like Never BeforeTarget Tries to Save Itself by Putting Everythin Read More... 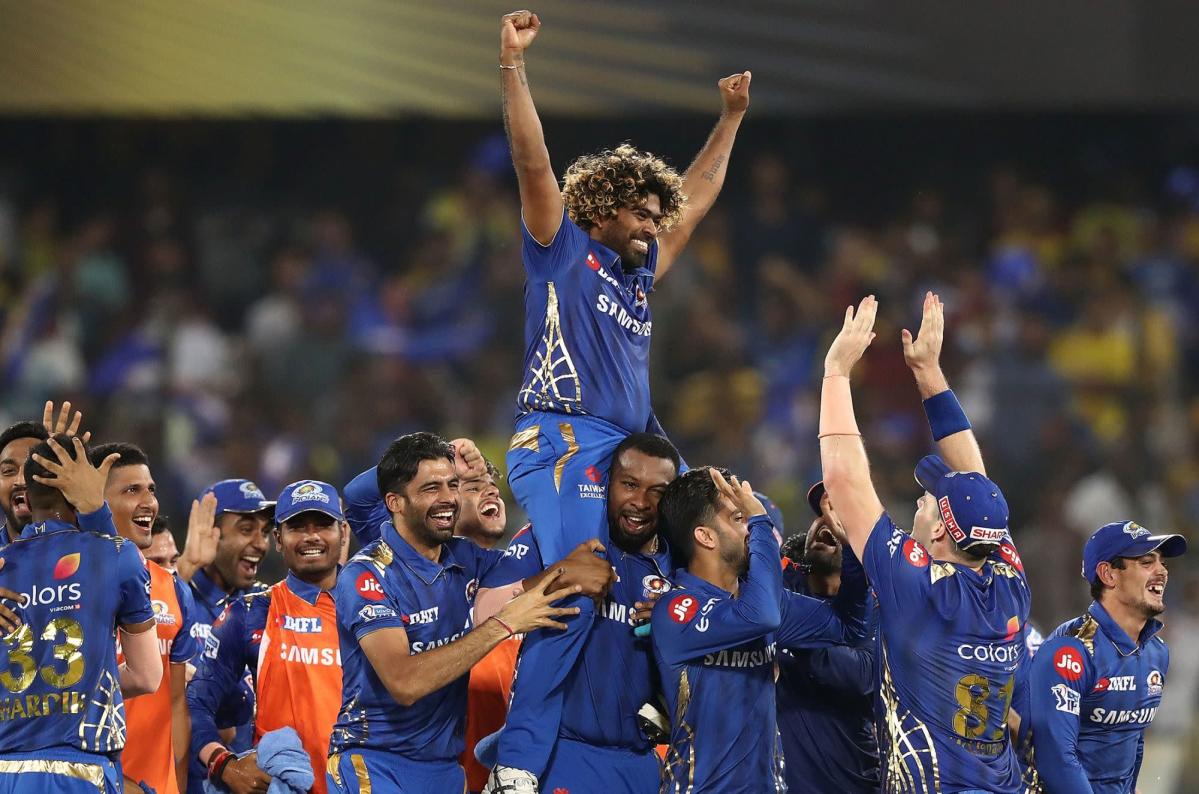 (Bloomberg) — Jeff Bezos and Mukesh Ambani, two of the world’s richest men, are set for another clash. This time the fight is over media rights to the Super Bowl of cricket, one of the world’s fastest-growing sporting events that draws 600 million viewers and has a brand value of almost $6 billion.

The billionaires’ companies are expected to be the top two contenders at a June 12 Indian Premier League auction, which is likely to lure several bidders for separate, five-year telecasting and online streaming contracts in different geographies. The tycoons are preparing aggressive game plans to ensure a win, according to people familiar with the matter. Other fierce competitors include Walt Disney Co., which held the rights until this year’s just-concluded season, and Sony Group Corp.

For the two first-time participants, there’s far more at stake than just a shot at becoming the No. 1 media player in a country of 1.4 billion people. The English sport enjoys cult-like status in the former British colony. Both Ambani’s Reliance Industries Ltd. and Bezos’s Amazon.com Inc. are betting the game will serve as a gateway to their ultimate goal: Dominating an Indian consumer market that’s increasingly going online.

“The bidding action will be a bet on the India story over the coming decade,” said Karan Taurani, a media analyst at Mumbai-based Elara Capital. “Bidders are putting money on the promise that data-consuming Indians will dictate the fortunes of every business, from retail to banking, and from travel to education.”

Starting mid-2021, Ambani, 65, has been identifying and hiring veteran executives for the job, people familiar with the matter said. They include Anil Jayaraj and Gulshan Verma, who helped 21st Century Fox Inc. clinch the previous deal in 2017.

Amazon, which has identified IPL among a half-dozen global sports franchises it’s interested in, is equally determined to score a victory, a separate group of people said, asking not to be identified discussing internal deliberations. The thinking is against playing conservative, said one person. The retail titan has spent hundreds of millions of dollars on European soccer rights, and has forged a deal to broadcast Thursday Night Football in the US at $1 billion a season until 2033.

Disney, which needs to decide how much it’s ready to shell out, is flying in top executives from its headquarters in Burbank, California to Mumbai for the auction, according to people familiar with the matter. The US entertainment giant has much to lose if it fails to retain the rights it inherited three years ago from the $71 billion acquisition of Fox. The purchase came with Hotstar, a streaming service popular among cricket fans, giving an instant boost to Disney’s relatively new position in the Indian market.

Globally, the Disney+ streaming service boasts about 138 million paid subscribers, of which Disney+ Hotstar accounts for more than a third. While rival Netflix Inc. has stumbled, Disney+ added 7.9 million new subscribers in the quarter ended April 2. More than half of those came from Disney+ Hotstar, which is offered in India and several Southeast Asian nations.

Amazon’s Prime Video country head Gaurav Gandhi declined to be interviewed for this article and Amazon did not respond to an email seeking comment. Representatives for Disney, Reliance and Sony declined to comment.

When IPL started in 2008, Apple Inc.’s iPhone was just a year old and live streaming was still sporadic. Now, with more and more Indians watching content online, including on smartphones, digital rights are expected to bag a hefty premium.

The IPL is a multiweek tournament typically held in April and May every year. Ten teams comprising players from mostly the British Commonwealth play matches that last three hours each, a shortened and more entertaining format compared to the classic five-day test cricket. Drawing more than half-a-billion viewers, the annual IPL tournament trails only English soccer and the National Football League in popularity globally, according to its organizer, the Board of Control for Cricket in India.

IPL was valued at about $5.9 billion in 2020 by Duff & Phelps, now known as Kroll. That number could now be 25% higher, said Santosh N, managing partner at D and P India Advisory Services.

For the first time, BCCI will auction IPL’s broadcast and streaming rights separately. Four contracts are up for grabs, broadly covering television and digital rights, as well as a pick of key matches, in the Indian subcontinent and overseas. Elara’s Taurani said he won’t be surprised if total bids reached 600 billion rupees ($7.7 billion), more than triple the 163 billion rupees collected in 2017.

The stakes are also high with the escalating rivalry between Amazon and Reliance in the Indian retail market. Most recently, the two companies were engaged in a bitter legal dispute over the control of struggling local retailer Future Group. Neither succeeded.

Following that stalemate, some are terming the fight over cricket rights as Ambani v. Bezos 2.0.

As for Disney, the chances of a reasonable bid are seen to be receding, a person with knowledge of the matter said, asking not to be identified discussing internal matters. Aggressive bidders like Reliance and Amazon could come with an “open purse,” making the price nonviable in terms of future ad revenue returns, the person said.

Disney will bid for both broadcast — local and overseas — and digital, but may ditch broadcast in favor of upping its offer for live-streaming, said the person.

Top executives at both Amazon’s and Disney’s head offices will decide on auction tactics and prices, according to several people tracking the developments within the companies. The final numbers are likely to exceed $1 billion per year for the much-coveted rights, they said.

The aim of winning the auction isn’t grounded in the conventional profit and loss logic, but a hypothesis that a few hundred million internet users will become committed users of a variety of digital businesses, said Tarun Pathak, a research director at consultancy Counterpoint Technology.

“Amazon took commerce and built the Prime Video content business on top of it,” Pathak said. “If Reliance wins, it’ll take the opposite approach — building commerce on top of content to make Jio a household name,” he said, referring to its technology arm.