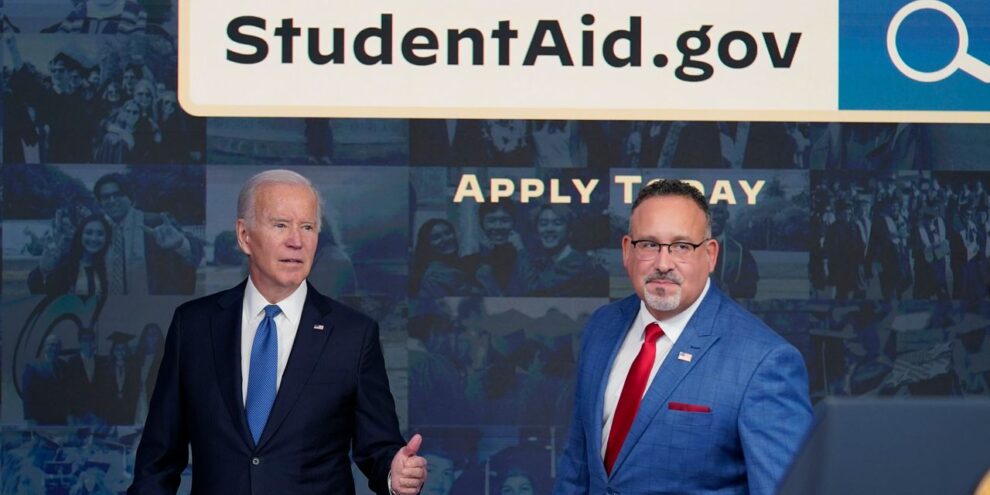 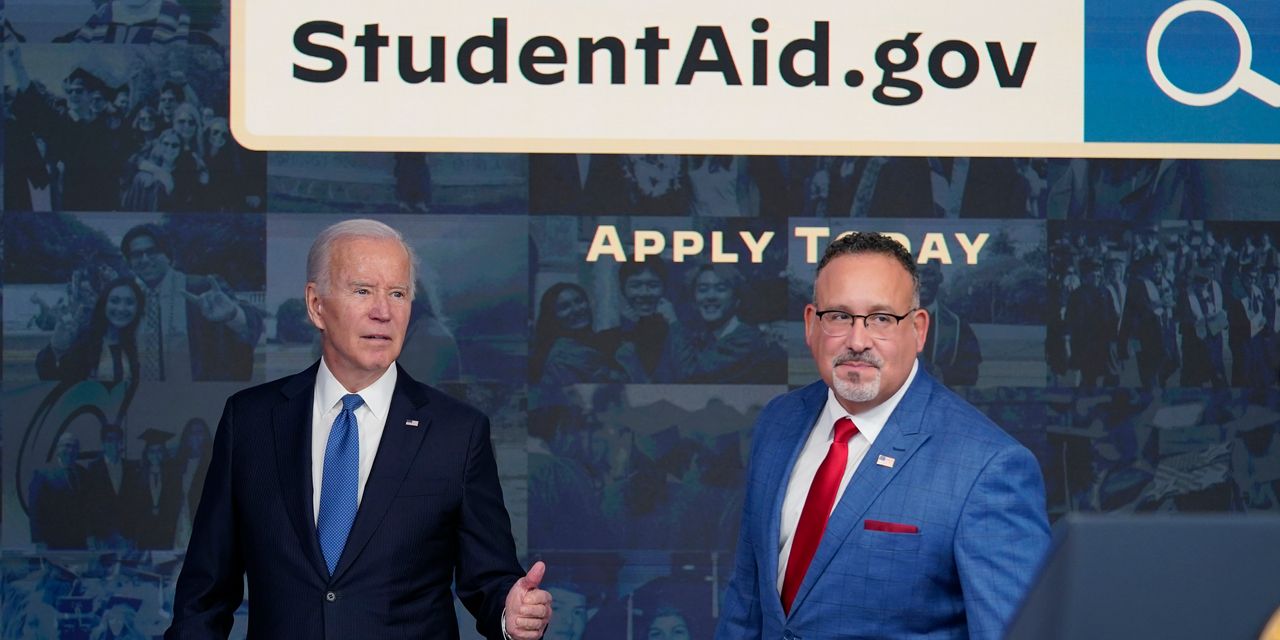 The future of the Biden administration’s student debt-relief plan currently rests with the Supreme Court, but in the meantime, officials are moving forward with sweeping reform that could have an even bigger impact on many borrowers and the student-loan system overall.

Department of Education officials provided details on their proposal to change income-driven repayment, the suite of plans borrowers can use to pay back their debt as a percentage of their income. Under the new rules, borrowers would have more of their income protected before being required to make payments, borrowers with only undergraduate loans will have the share of their discretionary income they’re required to pay toward their loans each month cut in half, and any interest not covered by borrowers’ monthly payments under the new plan won’t be charged, among other changes.

The proposal, which agency officials said they’re planning to implement this year, comes after years of complaints from borrowers and advocates who have said that income-driven repayment, which was intended to protect borrowers from poor student-loan outcomes during periods of bad economic luck, is often difficult to access. Even when borrowers do manage to enroll, they’ve said their payments are too expensive.

It also comes as the Biden administration’s more headline-grabbing proposal — to cancel $10,000 in student debt for a wide swath of borrowers and $20,000 for those who received a Pell grant — is slated to be heard by the Supreme Court.

After listing other Biden administration student-loan initiatives, including proposing and defending the debt relief plan, Secretary of Education Miguel Cardona said he was “most proud of today’s announcement,” referring to the income-driven repayment proposal.

“Today, we’re making a new promise to today’s borrowers and to generations to come: Your student-loan payments will be affordable,” Cardona told reporters.

Income-driven repayment has been available since the early 1990s

The government has offered borrowers the ability to repay their student loans as a percentage of their income since the early 1990s. The plans were originally designed as a sort of insurance policy to protect borrowers from the worst student-loan outcomes when — either because of their individual circumstances, a broader economic downturn, or both — they couldn’t afford to make payments on their debt through a standard mortgage-style plan. After 20 or 25 years of payments under these plans, the government discharges the remaining balance.

Over the years, and in particular under the Obama administration, the government has made more borrowers eligible for these plans and made them more generous, but income-driven repayment hasn’t protected borrowers in the ways officials had hoped. For one, advocates say, borrowers have struggled to access income-driven repayment both due to confusion surrounding the option and because student-loan servicers have thrown obstacles in the way of borrowers actually signing up for the plans.

Even once borrowers were on the plans, they’d struggle to make payments, borrowers and advocates have said, and watched their balances balloon because payments tied to income only touched a small part of the interest.

In the lead-up to the pandemic, each year 1 million borrowers experienced the outcome income-driven repayment was designed to protect against — default. And even those who weren’t in default struggled to make progress paying down their debt. A quarter of borrowers between the ages of 18 and 35 who had student debt in 2009 had a larger student-loan balance in 2019, and 10% of these borrowers saw their balances grow by nearly four times in those 10 years.

The Biden administration’s plan aims to address these concerns in a few key ways. “We are, for the first time, creating a true student-loan safety net in this country,” Undersecretary of Education James Kvaal told reporters.

• Under the new plan, more income is protected before borrowers are required to make payments. Previously, individuals earning more than $20,400, or a family of four with a household income of at least $41,600, would have to make payments on their loans. The Biden administration is proposing to increase that threshold to $30,500 for an individual and $62,400 for a family of four. The new numbers correspond roughly to the salary of someone earning a $15 minimum wage.

• The Biden administration’s plan will also put limits on how much a borrower ends up paying in interest. Right now, it’s not uncommon for borrowers using income-driven repayment to see their student-loan balance balloon — even when they’re making payments — because their monthly payment isn’t enough to cover the interest. Under the proposed changes, any interest not covered by a borrower’s monthly payment won’t be charged. “In other words, you won’t go deeper into debt because the interest is more than you can afford,” Kvaal said.

Still, in some ways the proposal doesn’t go as far as advocates had hoped. Borrowers with Parent PLUS loans — the federal government’s program that parents can use to pay for their childrens’ college — aren’t included in the plan. Though the amount of money parents have borrowed through this program has increased in recent years and many parents struggle to repay the debt, their options for managing it are much more limited than non-parent borrowers.

In addition, officials could face obstacles to implementing the plan. Congress didn’t increase funding for the Office of Federal Student Aid, which manages the student-loan program. A reform of this magnitude will likely require resources to pull off successfully.

A senior administration official told reporters that officials are “very disappointed” with the level of funding FSA received from Congress. “That’s going to make it a challenge for us to carry out a number of our policy initiatives,” the official said. “We’re currently working through the full impact of the funding level that we received from Congress. Our goal is to implement this IDR plan in 2023.”

Critics have worried a generous plan could subsidize poor-performing schools

The proposal is likely to face questions from critics. When President Joe Biden announced the first outlines of the changes to income-driven repayment in August, some worried that it would subsidize bad actors because borrowers with the lowest earnings — perhaps because they graduated from, or left, poor-performing programs — receive some of the biggest benefits.

Biden administration officials also announced Tuesday that they’re beginning a process of increasing accountability on poor-performing schools, including by eventually publishing a list of programs that don’t provide value to students.

“It’s time to name names about these programs and have a frank conversation about the root causes of student debt,” Kvaal said.

Critics have also worried that making income-driven repayment more attractive could encourage students to borrow more and cost taxpayers. A senior administration official on the call disputed that notion.

“Almost every time there is a change in student loans to make the terms more generous for students, people talk about moral hazards and potential abuse of the program and there’s just no evidence that those predictions have ever come to pass,” the official said.